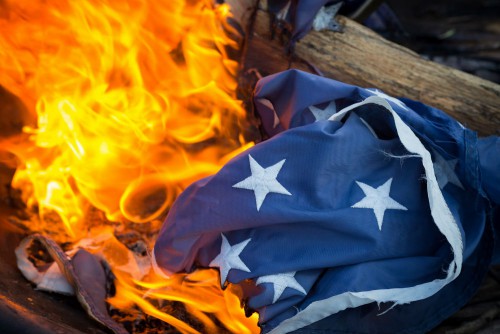 President-elect Donald J. Trump tweeted that anyone who burns a flag should be jailed or even stripped of their U.S. citizenship. The idea that the government could use citizenship as a punishment for political speech is not simply unconstitutional, but fundamentally un-American.

This tweet offers not one but two ideas that are staggeringly wrong from a constitutional point of view: that peaceful protest can be punished by the government and that stripping someone of their American citizenship is an appropriate response to dissent. The U.S. Constitution, however, prevents both of those ideas from becoming reality. Indeed, it’s hard to imagine anyone committing two worse constitutional errors in 140 characters or less. But perhaps I shouldn’t hold my breath.

No, President-elect Trump, you can’t get locked up or lose your American citizenship for political speech.

First, one of the founding principles of American democracy is our tolerance of peaceful protest. Flag burning, like other forms of dissent, is political speech that is fully protected by the First Amendment to the U.S. Constitution. That means this speech can’t be censored by the government, and it can’t be made a crime.

And you don’t have to take it just from me. Someone Mr. Trump claims to respect highly, Supreme Court Justice Antonin Scalia, explained that if he were “king,” he’d happily imprison those who burned the U.S. flag. But he quickly added that because we live in a constitutional democracy, such punishments were off the table: “I mean, that was the main kind of speech that tyrants would seek to suppress.” That quote now seems quite prescient just a few short years later.

But failing to recognize the First Amendment’s protection for political speech was only one of the two constitutional impossibilities contained in Trump’s tweet. As our Supreme Court affirmed nearly 50 years ago, it is unconstitutional to strip any American of her citizenship without consent — including for even the most heinous crimes. (Indeed, while Charles Manson and the Unabomber may rightly be rotting in jail, I haven’t heard a single suggestion that either complete their sentences stripped of their citizenship.) As the Supreme Court correctly noted, “Citizenship is no light trifle.” It is no mere pawn to use as punishment, let alone a tool to control the political beliefs of the citizenry. Scalia was correct — that way lies only tyranny. 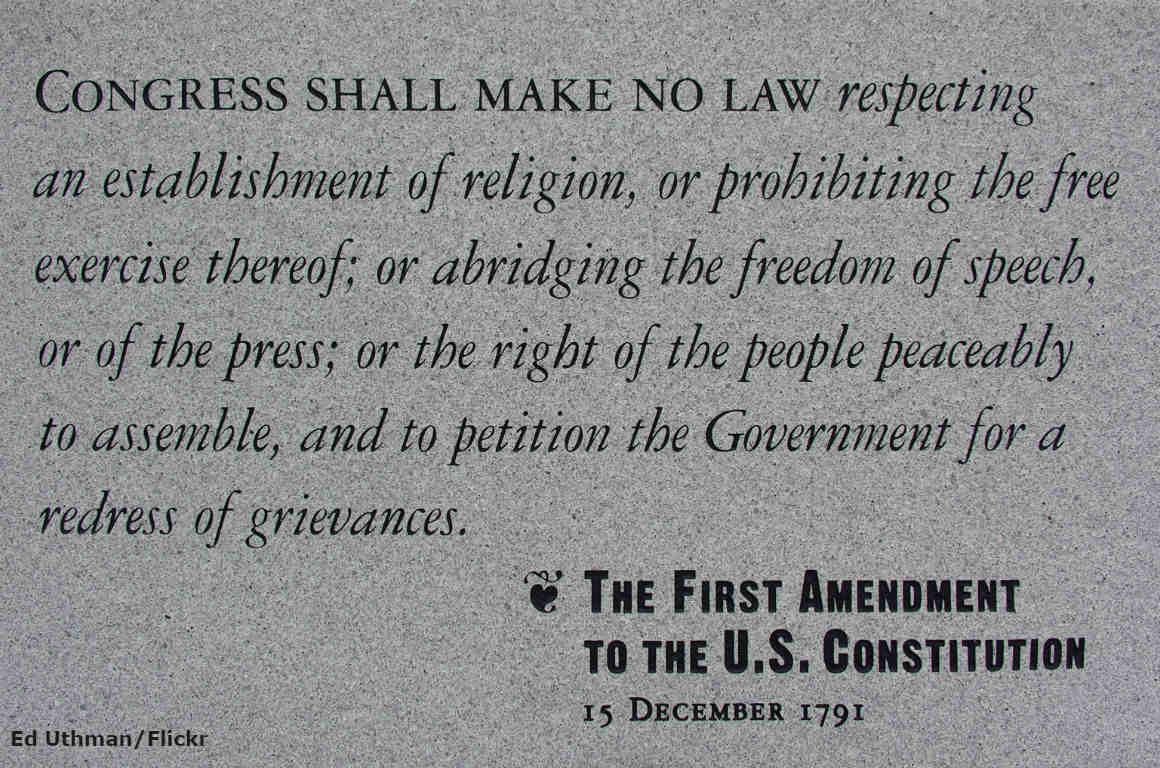 Fortunately, our First Amendment rights have deep and strong roots in the federal courts, and it’s going to take a lot more than uneducated tweets to uproot these core liberties. The alternate reality that Trump tweeted about just can’t happen as long as our Constitution gets in the way.

Lee Rowland is a Senior Staff Attorney with the ACLU Speech, Privacy, and Technology Project.