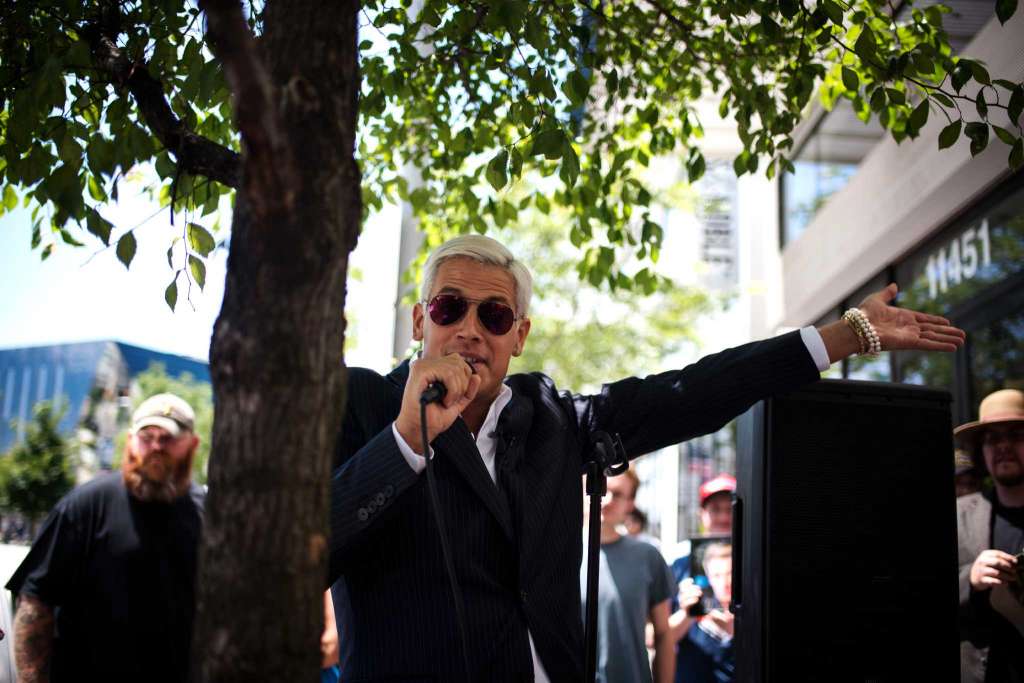 Editor’s Note: This letter was submitted to the Davis Vanguard.  “Milo Yiannopoulos is coming to UC Davis on January 13th to speak at an event hosted by the Davis College Republicans. The campus community is extremely upset about this and has been mobilizing around stopping the event. Below is a link to a letter composed by UCD graduate students and signed by over 900 faculty, staff, students, and alumni demanding that admin rescind the use of campus facilities for this event. Several graduate students represented by UAW 2865, the UC academic student workers union, have filed grievances with labor relations citing the UC’s violation of the UAW 2865 contract by fostering an unsafe work environment and violation of California’s Fair Employment and Housing Act which prohibits harassment against protected categories.”

To UC Davis Administrators and the Davis College Republicans,

We, the undersigned students, faculty, staff, and alumni, strongly object to the Davis College Republican’s invitation to host Milo Yiannopoulos at UC Davis on January 13th, and demand that campus administrators and the Davis College Republicans cancel this event. Milo Yiannopoulos is well known for his espousal of racist, sexist, and islamophobic hate speech targeted towards numerous members of our campus community. The use of campus facilities and resources to host and therefore legitimize a white nationalist runs completely counter to the stated goals of the University of California and serves as a direct threat towards traditionally marginalized groups on campus. If the University of California, Davis is indeed committed to “maintaining a climate of equity and justice demonstrated by respect for one another,” then campus administrators must rescind the use of campus facilities for this event and condemn the presence of white supremacy on campus.

As a prominent representative of white nationalism and ‘men’s rights,’ Milo Yiannopoulos is a champion of hate speech against people of color and women. He equates Black Lives Matter with “black supremacism”[1] and argues that the protest movement should be labeled a “terrorist organization”[2]. He interprets the desire for diversity at college campuses as “anti-White racism”[3] and has gone so far as to set up a Privilege Grant exclusively for white men to help this demographic pursue postsecondary degrees in the face of alleged institutional discrimination[4]. He has received particular notoriety for his support of Britain leaving the European Union[5] as a way to end immigration of people from “ordinary Muslim communities” which he alleges “import…regressive social attitudes into the West”[6] He calls for a 5-10% cap on the number of women in STEM programs because “they can’t cut it in highly competitive environments” and any higher proportions are “a criminal waste of public funds.”[7] He encourages men to flush their partners’ birth control down the toilet, stating “birth control makes you fat” and “women on the pill are more likely to cheat.”[8] Finally, he denounces rape culture as a myth propagated by feminists “aimed squarely at undermining masculinity.”[9]

The invitation to host Milo Yiannopoulos at UC Davis is particularly harmful given the current sociopolitical climate in the United States. Milo Yiannopoulos is a popular spokesman for the ‘alt-right,’ a movement dominated by white nationalists, neo-Nazis, Christian Identity groups, and racist skinheads whose white supremacist, misogynist, anti-immigrant agenda has been bolstered by public figures such as Donald Trump and Steven Bannon. The number of organizational affiliates and individual supporters of the white nationalism has grown significantly over the past two years, with an increase of 14% in the past year alone[10]. Currently, groups associated with ‘alt-right’ ideals account for 34%, of all hate groups in the United States[11]. In the week directly following Donald Trump’s election, the Southern Poverty Law Center documented over 700 incidents of hateful harassment[12], a surge in hate crimes higher than that of the post-9/11 period.

California universities have become popular targets for white nationalist expansion and UC Davis is no exception. In the Fall of 2016, Identity Evropa, the self-styled “intellectual” arm of white nationalism, visited campus to “recruit college students” as part of their nation-wide campaign to “infiltrate the institutions and gain as much power as possible”[13]. A few weeks later, white nationalist flyers including the same pseudo-scientific neo-eugenicist publications[14] promoted by Identity Evropa were found posted in Sproul Hall, Hart Hall, and Voorhies Hall. Despite the fact that Interim Chancellor Ralph Hexter condemned the fliers as “hostile and harassing [in] content,”[15] campus administrators are still fostering an environment in which hate speech is able to proliferate by providing Milo Yiannopoulos with a formal platform for student outreach and recruitment.

Welcoming Milo Yiannopoulos to the podium of the largest lecture hall on campus calls into the question campus administrators’ dedication to the UC’s Principles of Community and its calls for “an ethos of respect for others and inclusion of all.”  Even more damaging is the fact that campus leadership is willing to allow the the reputation of our world-class, research-oriented, and culturally powerful university to be exploited in the service of legitimizing racist and sexist discourse. The university’s commitment to free speech is not an obligation to provide a formal podium for every form of non-academic, hateful rhetoric that student groups wish to bring to campus. Commitment to the Principles of Community does obligate the university to “strive to maintain a climate of equity and justice,” an obligation which cannot be upheld while legitimizing a white nationalist.

For these reasons, we demand that UC Davis administrators remove Milo Yiannopoulos’ platform for spreading hate and bigotry on our campus and issue a statement condemning white nationalist rhetoric within our community. Now is the time for our university to take a firm stand and prove its commitment to inclusivity and egalitarianism in the face of growing exclusionist movements throughout the United States. As Interim Chancellor Ralph Hexter and Vice Chancellor Adela de la Torre have noted in their recent campus-wide emails, the University administration is obligated to oppose discrimination and foster a safe campus climate “to protect all members of our community [and] ensure their continued success at the University.”[16] If they truly believe these words, the decision to cancel the Milo Yiannopoulos event should be an easy one to make.