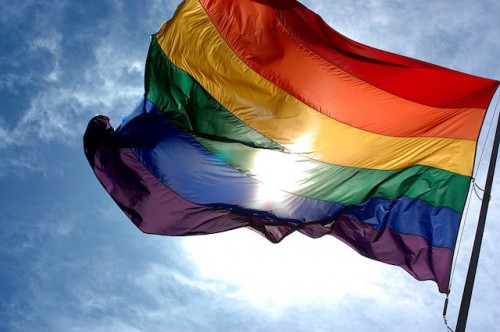 At 10:20 a.m. yesterday morning,  the North Carolina Legislature convened a special session designed to repeal the state’s hateful anti-LGBT law it passed in a hurry last March. But by day’s end, the dysfunctional body couldn’t agree on the repeal and closed the session. The discriminatory law is still on the books and still causing harm to North Carolinians every single day.

Despite the paralysis in Raleigh, there is a clear political lesson here for the rest of the country:  The public doesn’t like anti-LGBT laws.  Yet other state legislatures are likely to consider bills similar to North Carolina’s HB2. So as state legislatures gather to start their sessions in early 2017, they should take note: Hate doesn’t sell.

There is no way to describe HB2 as anything but a sweeping attack on the LGBT community. The law stripped away existing LGBT nondiscrimination protections in North Carolina cities and counties that had them, and it prevented any additional jurisdictions from enacting them. In other words, the North Carolina Legislature went out of its way to authorize discrimination in employment, housing, and by businesses based on sexual orientation and gender identity.

But the law goes further than simply preventing cities and counties from protecting LGBT people. It also mandates discrimination against transgender people. The law requires transgender people to use restrooms and other single-sex spaces that matched the gender listed on their birth certificate rather than their actual gender that they live every day. This forces transgender men into women’s restrooms and transgender women into men’s rooms in all state buildings, from schools to government office buildings to highway rest stops.

This rule is about more than restrooms, though, as it effectively excludes many trans people from full participation in public life.  If you work for the state government, how do you go to work with no access to a restroom?  If you’re a student at a public school, how do you go to class?  If you’re just a regular citizen, what do you do when you’re at the DMV, or in court, or filing a complaint with the police?

Joaquín Carcaño, lead plaintiff in the ACLU and Lambda Legal lawsuit over HB2, is one of those government workers directly affected by the law. Joaquín works for a health care institute at the University of North Carolina at Chapel Hill. He’s a man, but because Joaquín is also transgender, HB2 requires him to stay out of the men’s room. In a daily reminder of how threatening the state found his very existence, Joaquín had to go down several floors to the basement to use the one single-user restroom in his office building.  And for many other students and workers across the state with no single-user restrooms available, the law means avoiding restroom use for entire days.

The public reaction to the law was swift and relentless. PayPal canceled an expansion that would have brought 400 jobs to the state. Deutsche Bank froze plans for 250 new jobs as well.  Conventions canceled left and right. Performers from Bruce Springsteen to Pearl Jam to Cirque du Soleil to Maroon 5 to Itzhak Perlman canceled shows.  And then the sports leagues weighed in: The NBA pulled the 2016-17 All-Star Game from Charlotte. The NCAA moved all seven of its 2016-17 championships out of North Carolina.  And the Atlantic Coast Conference moved all of its 2016-17 championships out of the state as well.

That’s backlash at a cultural level.

The economic cost of all of that is hard to quantify, but estimates reach many hundreds of millions of dollars.  And beyond the financial harm, the state’s very brand and identity were seriously tarnished.  It developed a reputation as a place more focused on excluding people than on creating a positive business climate or humane conditions for North Carolinians. Worst of all is the cost to the LGBT North Carolinians who felt displaced in their home state and rejected by the leaders elected to govern and protect them.

In late August, a federal court ruled that HB2 likely violates federal law and barred the University of North Carolina from enforcing HB2 against the individual plaintiffs who sued over the law.

Despite the public backlash and the court rulings, Gov. McCrory stood by the discriminatory law.  In November, in significant part because of HB2, North Carolina voted him out of office in an election that otherwise went overwhelmingly for Republican candidates.

We believe that the courts will strike down HB2 in time, but no one should have to wait for justice, especially when the cost of that wait is putting your life on hold because you cannot freely or safely travel or work or go to school. With the repeal effort having failed, Joaquín Carcaño’s case will continue to trial, and we will secure relief for transgender people all across the state.

But while we wait for the courts to do their job, governors and legislative leadership in every state should take note of the response to HB2 in North Carolina.  Unless you want your state to experience the kind of national outrage and derision that the American public has aimed at the Tar Heel State, don’t advance those anti-LGBT bills.

James Esseks is the Director of the ACLU LGBT & HIV Project