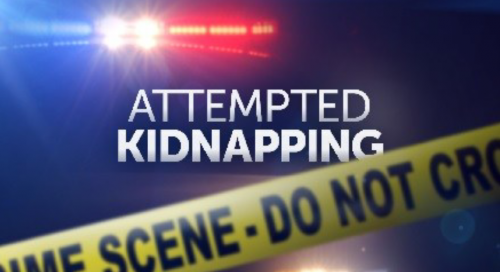 Perhaps it was growing up during stranger-danger time, when kids became aware, even in small towns and the suburbs, of the potential of kidnapping, but I’ve always been irrationally overly-protective of my kids.  Whereas, as a school child in the 80s, I was often walking or biking around town with friends and even by myself, I’m much more reluctant to allow my kids to do the same.

I say irrational because kidnapping by strangers is actually a fairly rare event.  But why risk it?

The other day when  I saw the report of the attempted kidnapping on Wednesday it was an eye opener and a reminder that all is not safe in Davis land.  The incident happened at 4 pm, not broad daylight perhaps this time of year, but not at an hour we would think of as unsafe.

Moreover, it happened in the area of Oceano Way and Arena Drive – not exactly a place we would think of, to worry about our kids.

It immediately caught my attention because of where it was located and the fact that we know school-aged children in the area.  As it turned out, we found later that night that the girl was a classmate and friend of our 13-year-old.

She told a small number of her classmates what happened.  Our 13-yr-old observed scrapes on her wrist where the perpetrator attempted to grab her and apparently she hit him with her backpack, and was able to pull away and run away and hide in some bushes, where she phoned her father. Her father picked her up and reported the incident to police.

Good and quick thinking by the girl helped her out.  Davis children are definitely resourceful, but she also got very lucky.   The victim in this case was able to give the police a solid ID.

Perhaps so did the police get lucky.  Yesterday, they announced the arrest of a Davis man they think committed the crime.

In a press release, they stated, “Following an intensive investigation, Davis Police detectives were able to secure a search warrant for 27 year old Davis resident Sander Ian Findlay. Findlay was arrested following the search. Findlay was lodged at Yolo County Jail and the investigation will be sent to the District Attorney for charging.”

Police Chief Darren Pytel would not tell the Vanguard the details that led to the arrest of Mr. Findlay, citing the nature of the ongoing investigation. The police indicated that in this case there had been a number of reports of a man seen with a mask around young children – with police indicating that, while this was a concern, it is not illegal to wear a mask and he had not been contacted while committing a crime.

However, from the community’s standpoint it would seem prudent for the police to release as many details as possible about this incident.

A good friend of mine actually lives on the same street where this incident occurred, and has children right around the age of the victim in this case.  We were talking about this on Friday, and she told me that she would like to allow her kids to walk their dog alone, but she’s always been reluctant to do so.

It is a sad state of affairs that a junior high-aged child in Davis cannot walk their dog alone – and again, maybe it’s the overprotective helicopter parent mentality that abides here in Davis, but who wants to worry about the unthinkable which, for one family, very nearly became the state of affairs for their lives?

I’ve always been reluctant to allow my 13-year-old to have a phone – after all, it becomes yet another distraction, between playing games and texting friends.  In this case, her phone perhaps saved her.

The school district put out a couple of alerts on Thursday.  We got a message from Kerin Kelleher, the Harper Junior High Principal, who said in an email: “Due to a concerning incident after school on Dec. 14, 2017 we feel it is important to review this information with you.  Please take time to once again have a conversation with your child about how to stay safe when traveling between home and school.”

But it seems like we need to do more than just have a conversation with our kids.  We need a plan – strategies.  And we need to be mindful that, just because Davis is a relatively safe and low crime community, particularly with violent crimes, it does not mean that there are not people in our midst that might be dangerous.

It may be hard to predict who is dangerous and who isn’t.

For instance, the alleged perpetrator in this case has a recent criminal record including a DUI in October 2015 and a misdemeanor with a violation of probation – nothing that would suggest he would be a potential kidnapper.

But one final note on a theme that the Vanguard has covered – right now he is in custody at Yolo County Jail.  His bail is set at $500,000 with an arraignment scheduled for Wednesday.

Here’s the kicker and we have discussed bail reform – what if he were able to post $50,000 to get a bail bond?  Would that make him less dangerous than a person who couldn’t come up with that kind of money?  Just another example of why the bail system doesn’t make a lot of sense.

In the meantime, it is good to learn lessons in incidents that turn out all right for the victim.  Next time, we may not be so lucky, so, in the meantime, we have a chance to re-think how our kids get to and from school.  It is unfortunate, but it is the world we live in, even in Davis.