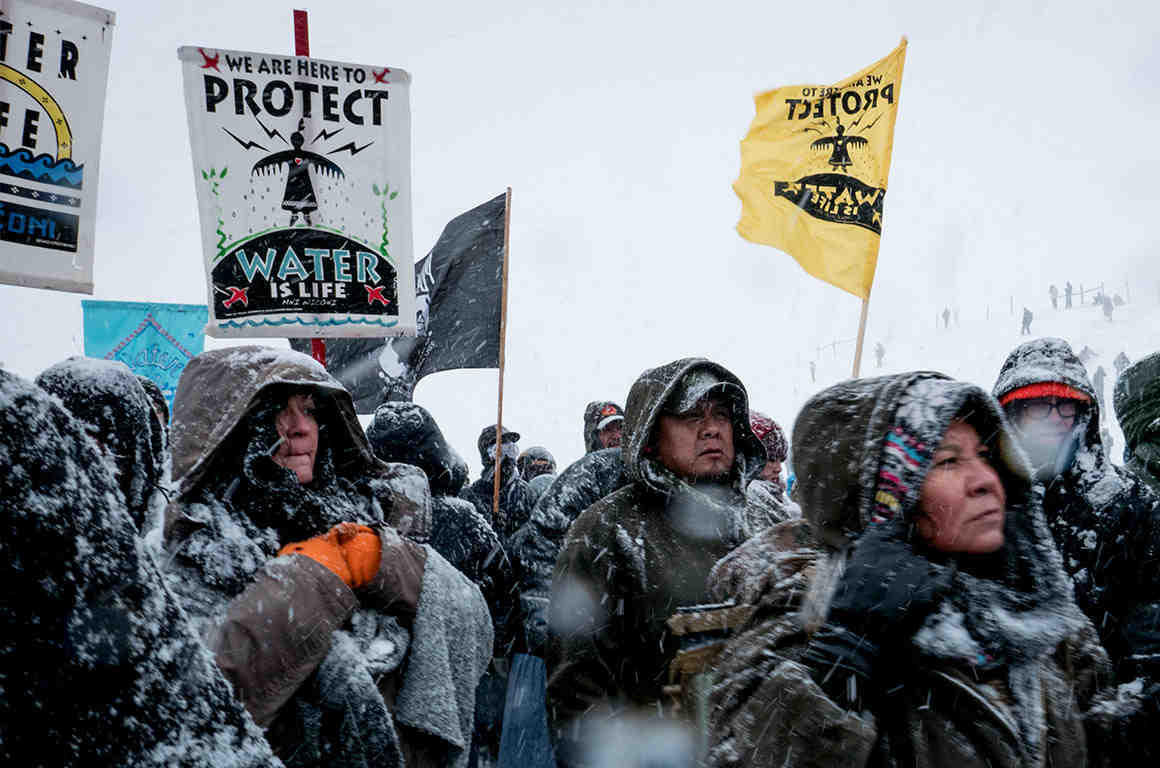 President Trump’s executive order Tuesday has an impressive-sounding title: “Expediting Environmental Reviews and Approvals for High-Priority Infrastructure Projects.” What the title really should say, however, is: “How to Make Money for Big Oil Real Fast Despite the Human and Environmental Costs.”

Trump wants to expedite “high priority infrastructure projects.” But whose “priority” is really being served here?

The Obama administration recognized that the pipeline has the capacity to cause catastrophic misery and loss if it ruptures. Consequently, the Army Corps announced that a comprehensive study must be conducted into the project’s potential environmental impact before a permit could be issued. The Obama administration also confirmed that under federal law DAPL cannot be approved until proper consultation with the Standing Rock Sioux Tribe is completed. Moreover, under international legal principles, our government should seek the informed consent of indigenous people prior to undertaking a project on federal land that threatens their health and welfare.

Yet Trump seems determined to rush the approval process.

The Standing Rock Sioux Tribe strenuously argues that construction of the pipeline would violate its rights under federal treaties and statutes.  Those are issues that may ultimately need to be litigated. At this point, however, Trump apparently agrees that the law requires the Army Corps to complete the environmental impact assessment and determine the threat to the environment before going ahead with the pipeline. The Trump administration should therefore allow the Army Corps to take the time it needs to conduct a careful and proper assessment of environmental impact, both to the general public and to the tribe.

Two interrelated questions which should be answered are: What risks are we willing to take to help big oil move fracked oil from North Dakota to Illinois, and was the choice of this route influenced by the fact that a leak would immediately impact an Indian tribe rather than white landowners?