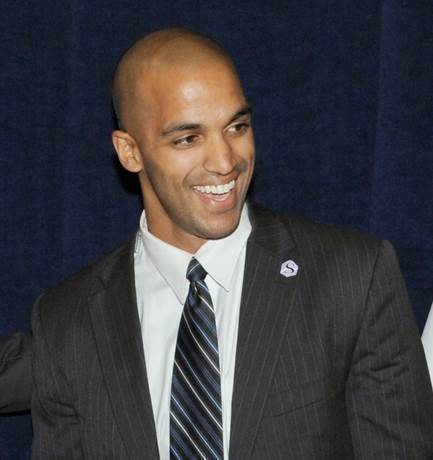 (From Press Release) – Kevin Samy, a former policy advisor and speechwriter at the Obama Administration and Forbes “30 Under 30” will be at UC Davis this Friday, January 13 at 6:30PM to speak about the “politics of hate.”

Lately there’s been a string of inflammatory rabble rousing on college campuses around the alt-right – namely, Milo Yiannopoulos’s “Dangerous Faggot Tour.”  During one such event on December 5, Samy went to Miami University to give a talk on “the politics of hate” – aimed at offering an alternative to a hateful expression of free speech. Samy’s event was a huge success. Panned in only three days, his lecture was attended by hundreds of students (reaching more than full capacity), and after the lecture Samy stayed for 90+ minutes to answer questions.

The event’s success led to the creation of the Dog Whistle Project, where Samy, born and raised in Ohio by Indian immigrants, is teaming up with fellow Ohioan, prolific speaker and Army veteran Chris Roessner to deliver similar campus talks — filling a gap in the current political discourse around burgeoning xenophobic sentiment.  The Dog Whistle Project aspires to be a path forward for a better kind of political discourse, where Americans debate ideas, not divide.

Samy will be hosted by the Davis College Democrats for his appearance at UC Davis on January 13 at 6:30P.  This event is free and open to the public.  Samy and Roessner plan to offer an alternative to the Dangerous Faggot Tour at as many universities as possible, with planned stops including UC Santa Barbara, Cal Poly, UC Berkeley, and UCLA.

“If I could find the courage to fight a war, then we all can find the courage to shake hands with those different than us. Anything less is un-American,” said Roessner. “Making noise for the sake of it is an effective strategy to gain notoriety, but a poor one to make an actual difference.”

“The society the alt-right espouses is a fantasy, my upbringing is proof that they are wrong” said Samy, “the accusations they put forth are factually untrue, but they don’t care about that — the spectacle they use to display them has proven to be an effective business model.”

Kevin Samy is an expert on climate change, energy, and national security policy, having served throughout the Obama Administration as a strategist and speechwriter, including at the White House, the U.S. EPA, and the Pentagon. He’s been nationally recognized for his leadership and expertise, most recently as a 2016 Forbes 30 under 30 leader in Law and Policy, and as a Political Partner with the Truman National Security Project. Kevin was born and raised in Canton, OH, just down the street from the Pro Football Hall of Fame.

Chris Roessner is a Special Operations Iraq War Veteran and Pat Tillman military scholar.  He deployed to Iraq during the initial invasion in 2003 and spent a year running over 200 missions in the Sunni Triangle.  For his efforts he was awarded the Army Achievement Medal, the Combat Action Badge, and The Presidential Unit Citation. He holds a B.A. in Poetry and M.F.A in Film both from the University of Southern California. He currently lives in L.A. where he’s found success as a screenwriter. Chris was born in Canton, OH, and moved to Temple, TX when he was 13.

The Dog Whistle Project is a nonpartisan effort to reveal dog whistles in politics for what they are, reaffirm country over party through anecdotes not bluster, and relegate xenophobia to America’s basement, where it belongs.

Dog Whistle Project @UC Davis on the Politics of Hate