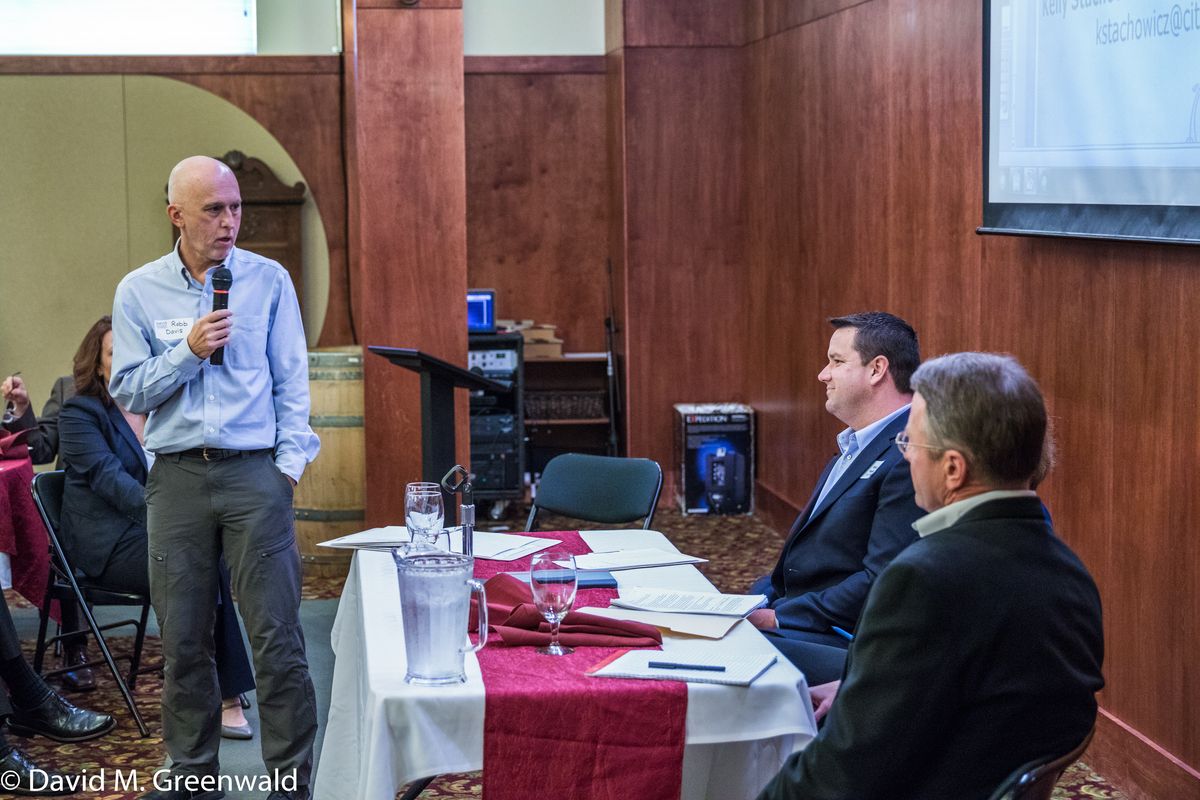 While it was a new format and there were some differences of opinion, Mayor Robb Davis laid out a challenging view of the city’s fiscal situation in the State of the City address at the Davis Chamber Luncheon.  Assistant City Managers Mike Webb and Kelly Stachowicz touched on a variety of themes as well, and City Manager Dirk Brazil finished the presentation.

“On the face of it, it appears that revenue has more than kept pace with expenditures,” the mayor continued.  “However, when we dig into the expenditures or rather what we’re not spending money on, we see that the picture is not at all positive.

“Essentially we have balanced the budget over the years by not including many infrastructure projects that really should be covered,” the mayor stated.  He cited studies that say we should be putting $8 million per year into street and bike path maintenance.  “We’re putting about half of that in this past year.” 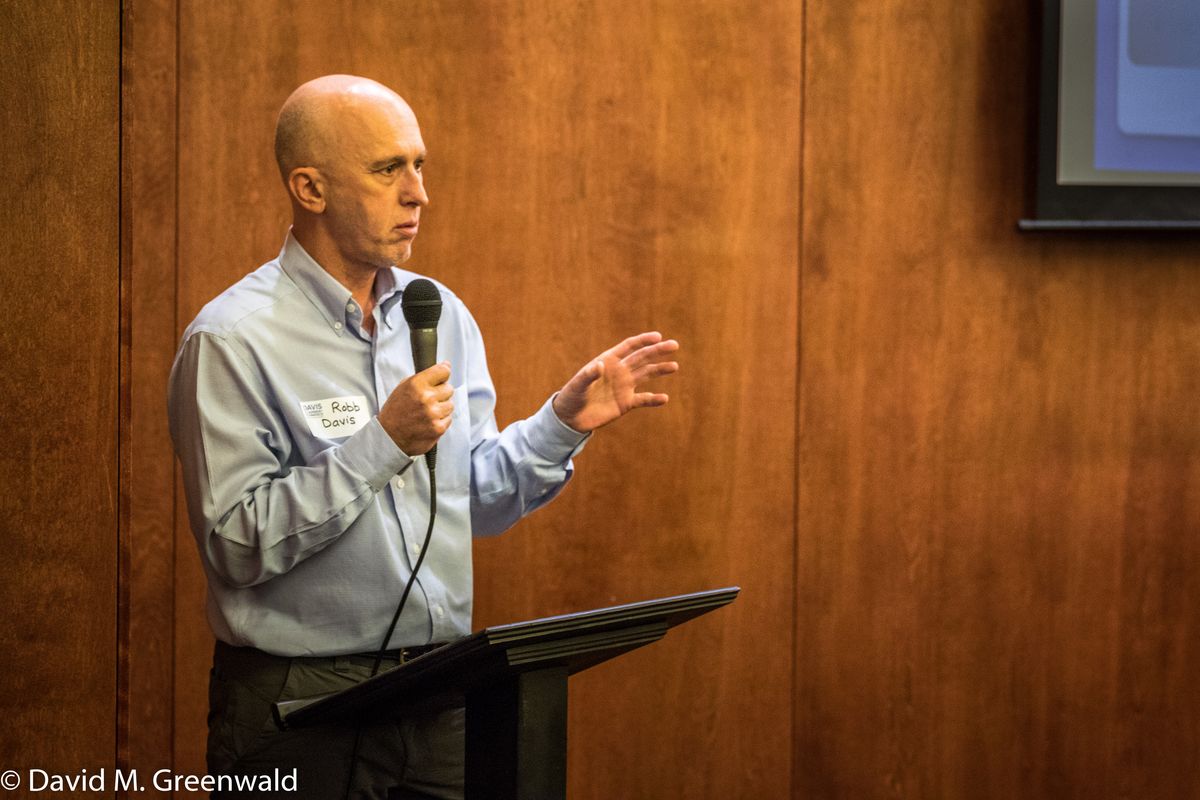 He cited other studies for parks and city buildings that find our five-year funding needs at $33.5 million.  “Most of that is money that we’re not spending today,” he said.  That money doesn’t include everything – “we’re not paying for the maintenance of the things we have already purchased.

“Even though our revenue growth is healthy at this time,” he said,  “we continue to not be able to fund at the level required to be able to attain adequately what we’ve already put money into in the past.

“The greatest threat we face today… has to do with expected increases to pension contributions,” the mayor said.  He explained that CalPERS (California Public Employees’ Retirement System) for many years has assumed their return on investment would be about 7.5 percent every year over a 30-year window.

“The average over the last 20 years has never exceeded 7 percent,” he said.

For us that means the investment returns expected to pay the city’s retirees “are not achieving the levels necessary to provide that.”  That means, “We have to pony up the money in order to achieve the goal.”

In five years, “we will need to have in our hands an approximate additional $5 million every year,” he said.  With CalPERS’ announcement of lowering their expected rate of return, “I think the picture’s clear, that $5 million a year is going to go higher.” 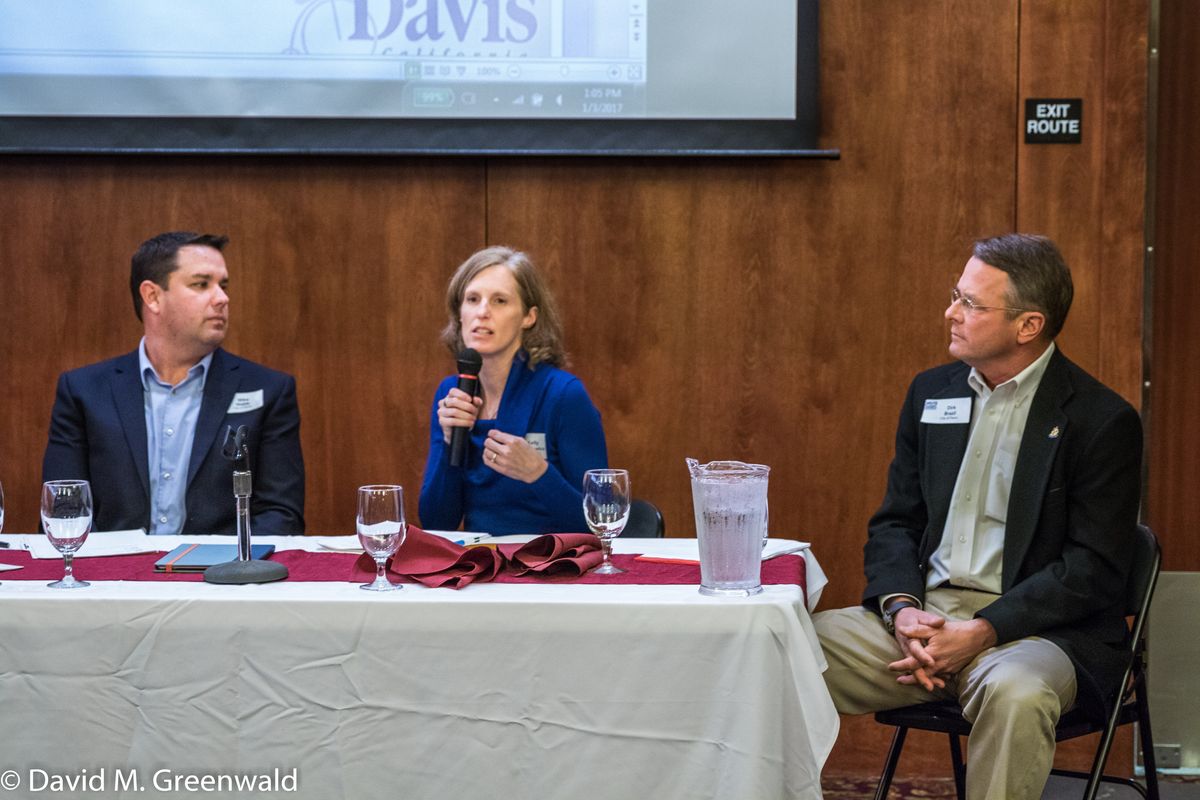 Assistant City Manager Kelly Stachowicz explained that, “for the most part, we’re doing okay with our annual budget.”  Our revenues have met our expenditures, and so “our short-term picture is not a bad one.”

However, while there is good news short-term, the long-term financial planning sees three areas of concern.  The first is the city’s pension liability.  We have retiree health or OPEB (Other Post-Employment Benefits).  And then we have infrastructure needs.

“All three of these areas are areas where… we are not putting in enough money each year to be able to completely pay off these liabilities,” Ms. Stachowicz explained.  “We have made progress with OPEB.” Davis is one of the few cities fully-funding OPEB moving forward, “but we still have most of our credit bill, if you will, to pay off.”

She said some of these issues like pensions are outside the control of the city, but she said, “We are aware of them and this particular council is not shying away from them.  So that’s a positive.”

Ms. Stachowicz explained that when the budget ended at the end of June, we had “extra money,” about $8.5 million in the city’s general fund.  City staff came to council for direction as to how to spend this money.

“Many councils would say ‘oh we want to do all of these pet projects,’ ‘we want to do things that are maybe super politically exciting,” she said.  “Our council said that we want to do the responsible thing and spend the majority of the money paying for things going for our infrastructure and reducing OPEB costs.” 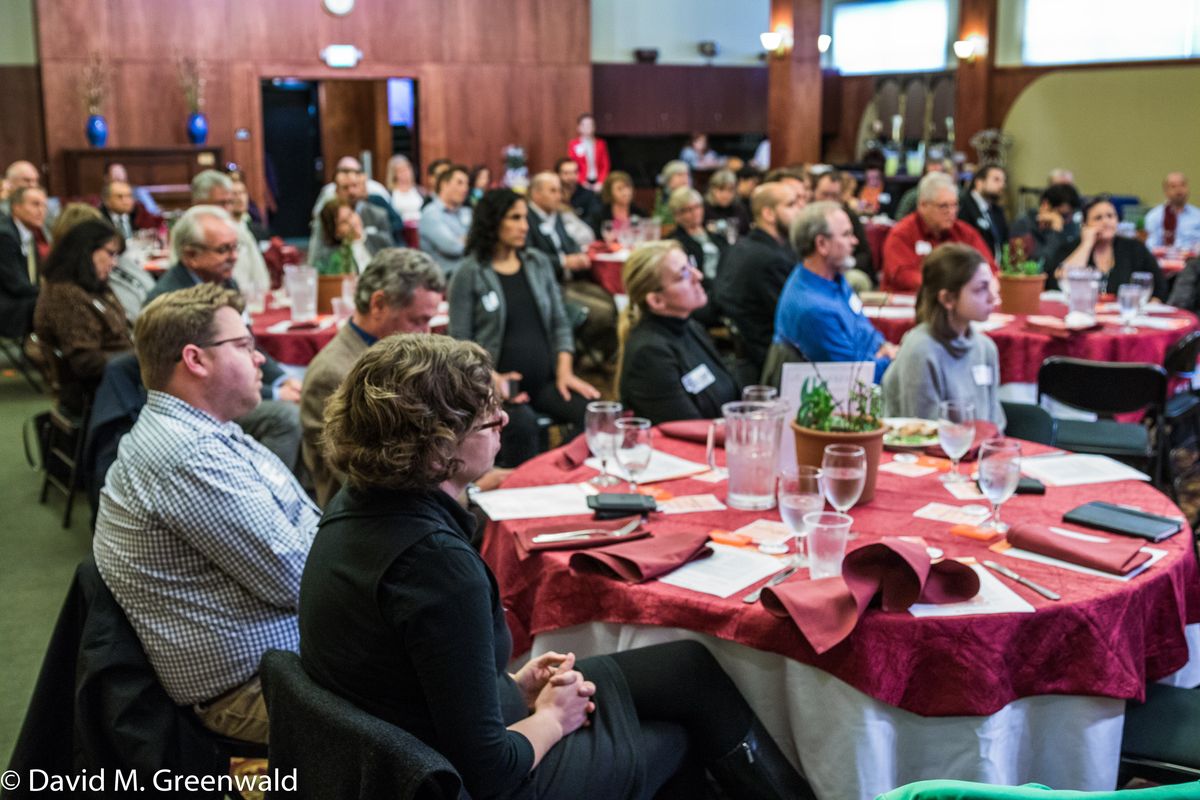 She saw this as the council being aware of our infrastructure and unfunded liability needs and putting money  towards addressing those.

When Robb Davis started his talk, he mentioned that the city of Davis had a weak mayor system, otherwise known as a strong city manager system.  City Manager Dirk Brazil quipped, “I still crack up about that strong city manager stuff… in Davis it’s a little different when you have a council that’s as talented as this.”  He said other than department head appointments, “it’s a pretty collaborative effort.”

Mr. Brazil emphasized a lot of the positive things that happened in 2016.  He noted the investment of Mark Friedman in Interland as an example “that Davis is a community that people can do business in and they want to do business in here and we are more than willing to help them achieve whatever goal it is they want to achieve.

“I’m always accused of being overly optimistic and, generally speaking, that is the case,” he said.  “But we do have some challenges and you’ve heard them.”

He said, “The question isn’t so much what the future looks like – it’s really clear what’s out there.”

His summary, though, was: “We have a lot of good things going on, I still think the future is bright.  We do have some very large issues… that we have to work through.”