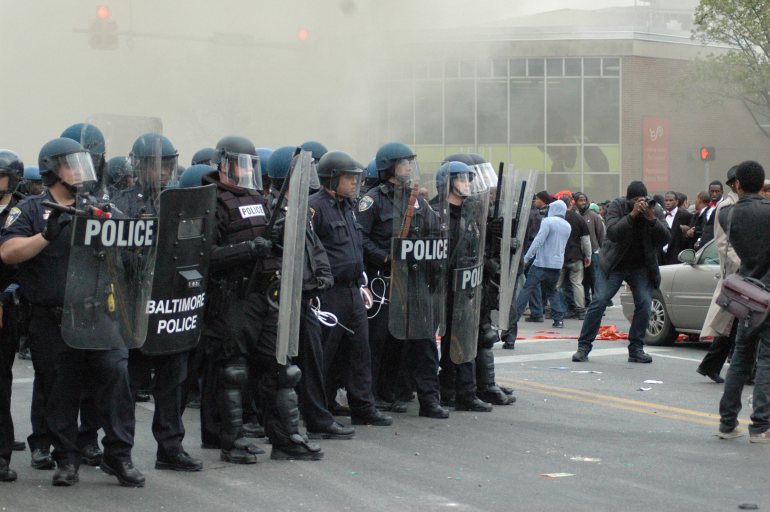 Starting on Friday and continuing over the weekend, millions of people came out to protest the new Trump presidency.  While some have called this a historic moment – and in some ways it is – I am really not sure what to make of it.

I found myself disinclined to either cover or participate in what was about a 20,000-person protest in Sacramento.  Impressive numbers, but I can’t help feeling if just a small percentage of those people had instead gone to Michigan, Wisconsin and Pennsylvania in October to work on the campaign, they might have prevented this to begin with.  Then again, hindsight is 20/20.

I’ve seen this described to be a futile gesture or, worse yet, people who are being sore losers whining because they didn’t get their way.  I’m not sure this is that much different than the Tea Party movement that emerged in the first Obama administration.

Radley Balko’s tweet from Friday kind of sums it up for me: “Demanding we all wish the president success was dumb in 2008. It’s still dumb. If he pushes policies I abhor, *of course* I hope he fails.”

The reality is that the reason I think the gestures on Friday were futile is that, just as President Trump on Friday spoke to his America, the protesters on Friday and Saturday were representing their America.  America is hopelessly divided between those two sides and, while I tend to believe that time is still on the side of the more liberal, multicultural America, November 8 proved that there are still enough numbers on the other side to win if people do not come out and vote.

The biggest worry is what the Trump America will actually look like.  As he put it, “From this day forward, it’s going to be only America first.”  And some will read further into that, “white America first.”

This is not necessarily an isolationist call, as we saw talk about protecting “our” companies, “our” jobs and “our” borders, while calling on the eradication of radical Islamic terrorism “from the face of the earth.”

He did not mention specific policies.  He talked about being protected by law enforcement.  But almost immediately after his speech, the White House website posted the topic “Standing Up For Our Law Enforcement Community”.

As Radley Balko writes, “These aren’t off-the-cuff remarks. It’s carefully chosen language that presumably went through a number of revisions. Note the wording. Trump will do more than end violence against law enforcement. He will end the ‘anti-police atmosphere in America.’”

He notes, “You don’t end an ‘atmosphere’ without some pretty drastic action. It sounds quite like a promise to crack down on speech and protest. Ominous as that sounds (and it’s pretty ominous), absent some wanton, unheard of abuse of power like federalizing the National Guard to subdue the next round of protests against police abuse, there isn’t a whole lot Trump can do directly, at least not in the short term.”

In the meantime, what we have seen with the more lenient Obama Administration in the last two years has been concerning.  Investigations into the police in Chicago has led to stark findings of racial bias, and the subsequent backing off of police accountability efforts in places like Chicago and Baltimore has led to an explosion of violent crime.

As much as I am concerned that we will see a backing off of police reform actions under a Trump administration, the biggest thing I expect is to see more clashes between civilians and police, protesters and government officials, and perhaps more riots.

One of the quick pushbacks against the protests was that, at times, the protests crossed the line from peaceful exercise of free speech to acts of vandalism and looting.

Many are quick to condemn acts of violence.  When protests in Baltimore after the killing of Freddie Gray occurred turned into violent riots, many were quick to condemn those riots as counterproductive and only hurting themselves.

But I think they miss a broader point, that this anger and violence does not arise out of nowhere.  In a way it is a natural response to years of state violence and oppression, and the conditions of the cities themselves.

Martin Luther King, Jr., whose birthday we honored last week at this time, was seen as a man of peace and non-violent protest.  But even he recognized that violence was a natural outcome of the condition of what he called “the unheard.”

Weeks before his death in 1968 he said, “It is not enough for me to stand before you tonight and condemn riots. It would be morally irresponsible for me to do that without, at the same time, condemning the contingent, intolerable conditions that exist in our society. These conditions are the things that cause individuals to feel that they have no other alternative than to engage in violent rebellions to get attention. And I must say tonight that a riot is the language of the unheard.”

If Trump indeed intends to crack down on this natural expression of frustration, then the cork will be placed into the bottle.  He may suppress it for some time – although I kind of doubt it.  But it will come back and it will be more explosive than ever.

I fear for the future of this nation.

62 thoughts on “Monday Morning Thoughts: The Dawn of a New Era”