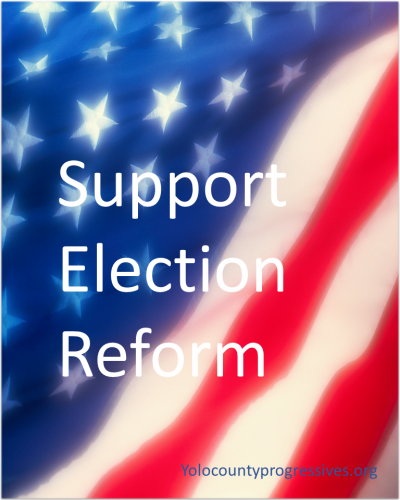 After living through the cliffhanger 2000 election, where hanging chads and butterfly ballots kept the nation in suspense regarding the outcome of the presidential election, Congress passed the 2002 Help America Vote Act (HAVA), scrapping punch cards and other manual ballot marking devices and providing funds for new equipment. The mechanics of elections in the U.S., regulated by state not federal law, can vary by state, county, city, and township. Furthermore, every aspect of elections, from registration to submitting ballots to counting and analyzing the results, has daunting requirements: the results must be accurate, tamper-proof and rapidly available. With speed and cost-containment a goal, it’s not surprising that voting systems now most often employ optical scanners of paper ballots or direct-recording electronic (DRE) voting machines (such as touchscreens). Fifteen years post-HAVA, one would be hard-pressed to find anyone giving our aging electronic election systems high praise. Irregularities range from unpredictable anomalies such as vote flipping to breakdowns and lack of replacement parts of ‘90’s era equipment and no new federal funds available to buy new ones. Moreover, the three companies still building certified voting machines guard their operating systems as proprietary, rendering them totally insecure and vulnerable to election fraud. This year one can add the possibility of hacking, not only by individuals but also by a foreign government, to the list of weaknesses.

Among those of us who began to regard our current hodgepodge system as seriously flawed were two seasoned information technology specialists from Silicon Valley, Gregory Miller and John Sebes. Ten years ago they quit their high-paying jobs and founded the non-partisan, California non-profit Open Source Election Technology (OSET) Institute to address the vulnerabilities of our election infrastructure through the TrustTheVote project. They have been working with over 200 elections officials across the country as well as with governmental National Institute of Standards and Technology (NIST) and the Election Assistance Commission (EAC) input to develop a secure, open source electoral system called ElectOS™ that would be publicly owned. In essence their data capture software is designed to elude ballot tampering by providing four verifiable collection points between the time a ballot is submitted and counted, the first image captured at the outset long before it is tallied. An audit would require these data points to match perfectly. To broaden the appeal of ElectOS™, the hardware that it will operate within will depend entirely on the system preferred by each district, county, and state, whether it be paper ballots or electronic systems employing off-the-shelf computer hardware like laptops, tablets, and scanners. It is predicted that this will reduce replacement costs of election systems by about one-third, displacing the current, proprietary voting machines.

The TrustTheVote project is a work in progress. The analytical portions of their system that are currently user-ready are already in use in various parts of the U.S. Some of the voter data displays and analyses used in the 2016 election are their work. Twelve states have indicated that they want to install ElectOS by June 2018. At least 16 others are interested. Apparently, as many as 43 states will need to replace their antiquated election systems by 2020. Yolo County is likely among those as our Hart eSlate voting machines were purchased in 2006 and will be 14 years old by then.

The urgency of completing ElectOS by 2018 and/or 2020 is evident from the many irregularities experienced during our most recent 2016 primaries. To ramp up their efforts, the OSET Institute needs to hire at least six more technological engineers as soon as possible. They would prefer to maintain their financial integrity by directing their appeal to average citizens who share their concern for honest elections. If this describes you, consider donating to the OSET Institute at TrustTheVote.org (PayPal accepted), or address checks to Open Source Election Technology Foundation, Inc. and mail to:

Whatever one’s party preference or non-preference, in order to be motivated to participate in the electoral process, voters need the assurance that their choice of candidate or issue be accurately tallied.

Share:
Previous : Hundreds Show Up at Central Park in Support of Davis Islamic Center in Wake of Hate Crime
Next : Has Yuba Community College Trustee Acted with Impropriety?