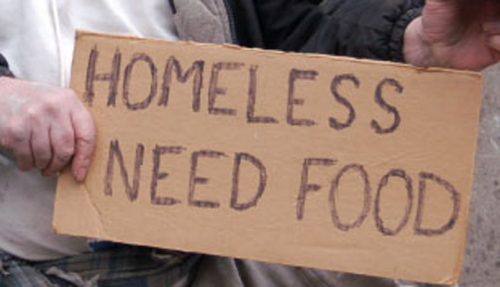 The Davis City Council again heard concerns from residents and downtown property and business owners about the harmful impact of unchecked panhandlers and the presence of homeless people.

The consensus of the council was to reject measures such as “sit-lie” ordinances which seemed to “criminalize homelessness.”  Councilmember Will Arnold said, “I’m not very excited about a sit-lie ordinance,” which he called “draconian.”

Instead, the council focused on smaller measures that could help alleviate the problems.

These ideas include a way to deal with private property in public spaces, which becomes not just a nuisance and visual blight, but creates public safety concerns as there are fights and other disputes.  Whether the council can create spaces, lockers, or can use confiscation, the council left more options open.

One of the complaints, from Lynne and Randy Yackzan, who own property along Fourth and G Street including the parking garage, is the high cost of security and cleaning up human waste.  They cited an annual cost of $60,000 for security and clean up.

The council took heed and noted once again – to a person – the need for restrooms that are public and accessible.  Mayor Robb Davis called this “a no-brainer.”

Councilmember Will Arnold noted that people have to “sit down and sleep” and they have to use the restroom.

Mayor Pro Tem Brett Lee pushed for the council to regulate panhandling to make it more safe, but not ban it.  One idea was to prohibit people from soliciting money from vehicles.  Another idea was to carve out a distance away from the entrance  to a store.  As he pointed out, panhandling on a corner is different from being right at the entrance to a store front.

Councilmember Lucas Frerichs asked the staff to explore the Albuquerque approach which focuses on job training.  Councilmember Arnold and Councilmember Frerichs and others suggested the city look at boxes where the city could “direct handout dollars towards social service agencies rather than to panhandlers.”

Following a suggestion from a public commenter, they also called for a 24-hour drop possibility.

Mayor Pro Tem Lee said, “I think there is a reasonable concern from the shopkeepers and people downtown about what’s going on downtown.”  He added, “I think it’s very important that we don’t criminalize homelessness.”

Councilmember Swanson noted that there are people in the downtown who have property stretched across the sidewalk, and are very rude with their aggressive-looking dogs.  “I’ve had a couple of clients shocked … they didn’t expect that in downtown Davis,” she said.  “I think we need to continue to be a compassionate open society, but I think we need to help those that we can help and limit the bad behavior.”

Councilmember Frerichs said they have heard from many in the community about their specific experiences with panhandlers.  He said, “It has definitely been on the increase.”  He added, “People being accosted, the loose aggressive dogs, and in some cases the accumulation of copious amounts of items, people’s belongings, and people living in the public spaces, particularly E St Plaza.”

He said, “I do think there are some additional regulations needed.”  However, he said, “We need to be using a scalpel versus the cleaver,” and he said it is also important to distinguish panhandling from homelessness.

Councilmember Arnold, like his colleagues, indicated he was not “excited” about a “sit-lie” ordinance.”  He did say that he wanted to see the city get as specific as possible about panhandling.

He said, “I want to see a menu of options for what we can do in terms of limiting places where people can panhandle.”  He added that he wanted to create places for the public to go and not be solicited for a contribution.

He was hopeful that having boxes for donations to social services would have an impact by drying up the attractiveness of panhandling as an income source.  On the other hand, he remained mindful that people needed to have a place to sleep and a place to eliminate human waste.

Mayor Robb Davis had some extensive comments on the issue, as homelessness is an issue that he has spent a lot of time thinking about.

“We don’t really know what’s going on in the lives of the people who are engaging in these behaviors,” the mayor acknowledged at the start.  “That’s because it’s not one thing.”

He was at the Interfaith Rotating Winter Shelter a couple of times in the last few weeks, and he noted that there is not a capacity fill right now.  He said he worked with some students at the shelter and they noted that “there’s a lot of people who aren’t here.”

He said, “The reality is that a shelter is a really good place to get out of the rain, but a shelter is also a good place where you give up your autonomy.  Lest we think that homeless individuals are different from the rest of us, in valuing our personal space, valuing an evening where you have quiet, alone, you put yourself with 25 or 30 other people in a church – as nice as it might be… you’re giving up something.”

“There are people who will not come in,” he said.

In a later point, he noted, “It doesn’t take a lot of money to self-medicate.”  The reality is that, even if they go to boxed donations, it may reduce contributions to panhandling, but it won’t reduce it to zero and it doesn’t take much to get access to alcohol and drugs.

The real problem, he said, is he doesn’t think these measures of trying to get people to stop giving will work without access to mental health services – and he said, “there is a lack of services available.”

Nevertheless, the mayor was willing to agree to efforts to “support clamping down on the activity if it comes with a restorative process.”

He argued that “we create this problem over a generation” and we are “not going to dig out of it through prohibition.”

The council sent their list of suggestions and preferred solutions to city staff who will assess the legality, look at ways other communities have approached these issues and return to council with a more concrete set of proposals.