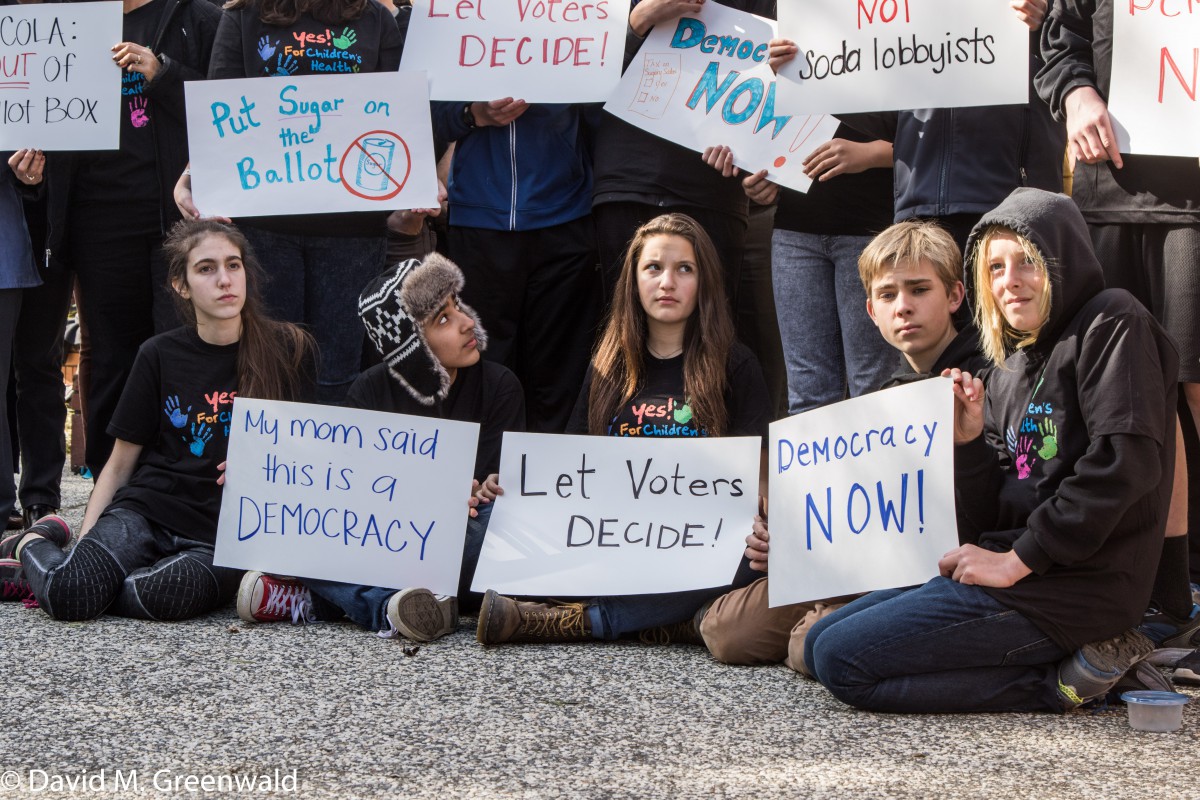 Today the mayor and top city staff will discuss the challenges and goals facing the city.  Here are five things I would like to see the city take on this year.

In November it was announced that the end of Linda Katehi’s tenure as “chancellor of UC Davis effectively ended efforts to make the university’s World Food Center the centerpiece of a third campus, possibly in Sacramento’s downtown railyard.”

As we noted in November, this gives Davis an opening.  The railyard project of 244 acres is not much bigger than the 200-acre Davis Innovation Center or Mace Ranch Innovation Center projects that are on hold.  And UC Davis’ potential third campus would share space with a giant Kaiser building and an MLS soccer stadium.

With leadership and movement, perhaps the city of Davis could proactively clear the way for the potential billion dollar World Food Center going into one of its own sites – either in a new peripheral spot or in town.  While the city would not generate the revenue from the WFC, the spin-offs and companies working adjacent to the WFC could be a huge boon for the burgeoning ag-tech and food security sectors in this community.

Local leaders have put food security near the top of the list of goals, and ag tech would fit in nicely with the community’s commitment to agricultural land preservation and innovation.

The opportunity has reemerged, but the city has to be nimble enough to jump on it.

Our preliminary discussions with some key actors are encouraging.  While two of the proposed innovation center sites shut down over financing issues, the university funding the WFC at a spot – presumably Mace Ranch Innovation Center – would effectively nullify that concern and act as a magnet for other companies to come.

But this is going to take work, and preliminary indications are that the university is not going to have a new chancellor in place until the fall.  But that gives the city time to lay the groundwork.

We have laid out our concerns about the fiscal sustainability of this community.  Back in 2014, the city council put a sales tax measure on the ballot that helped eliminate a yearly structural deficit.  But the reality is that we have a balanced budget on paper only.  Unfunded liabilities and infrastructure needs are currently accounted for off-budget, but they are growing.

The council was unable to decide on a revenue measure in November 2014, in part due to concerns about polling that showed an uphill battle.  The council also rejected a $50 parcel tax proposed by Brett Lee as a half measure.

The council then in 2016 couldn’t agree on a June ballot measure and never brought forward a November one, perhaps in deference to the school board measure.

Robb Davis posted yesterday, “Two weeks ago after all the reporters went home  we agreed to bring forward a discussion of further tax measures during the first quarter of calendar year 2017.”

That is good.  In our view, make the decision early and then go to step three…

In yesterday’s column we issued a call to action.  The first step is going to have to be a robust and intense educational campaign to the community.  Back in 2014, as Steve Pinkerton was leaving the city, he engaged civic groups on the issue of the budget.

What we need is a sustained media campaign where the council articulates the current level of challenges to the public.  The leadership needs to reach out to PTAs, service groups, non-profits, and even faith-based organizations to reach a far broader audience than the normal engaged members of the community.

The message should be simple, it should be fact-based, and it should be framed in terms of choices rather than ultimatums.  Does the public really understand the depths of the problems?  We need to articulate them.

In our view, the city cannot wait for the public to come to them.  They must go to the public.  The Vanguard stands ready to assist, whether it is outreach meetings, forums, or discussion.

The other thing we would suggest is monthly columns from councilmembers and city staff, laying the groundwork for the public engagement.  In our view, the previous mayor missed the opportunity to use his column as something more than a PR puff piece, but that structure could be brought back with more meat and opportunities for engagement.

The council and city have to figure out ways for these discussions to be two-directional.

I put this separate from the other revenue measures.  The revenue for a soda tax should not go for ongoing city operations, but rather children’s health and education programs.

November finally saw success for several cities around the state and country on this front.

Robb Davis was one of the leaders last year when the measure was belatedly brought forward.

He has called this “the public health crisis of our time,” and in January warned that we have children “whose lives are starting to be taken away by fatty liver disease and the problem of over-consumption of sugary beverages.”

Last February, three members of the city council voted not to put the measure to a vote in Davis.  Councilmember Lucas Frerichs at the time said, “I’m not supportive of the underlying motion this evening.” He said that he is not opposed to the notion of a soda tax, but he was not prepared to support it that night.

A year later, it is time to revisit the issue, especially in light of both electoral and policy successes elsewhere.

In January 2013 the Vanguard proposed an Open Government Ordinance for Davis.  The Vanguard, now for ten years, has believed that Davis needs to both extend and codify its open government provisions.  However, the city four years ago was not ready to act.

In California, public bodies are primarily subject to two laws.  First, the Brown Act requires provisions for holding open meetings, including noticing of those meetings and providing materials on a timely basis, as well as precluding a majority of the body from conferring in private to make decisions outside of the public light.

On the other hand, the California Public Records Act, weak as it may be, provides that public agencies are required to disclose their documents and inner workings to the public upon specific request.

While these laws set the floor for conduct of the public agency, in most cases they represent only the minimum requirements.  Where exemptions are not specifically exclusive, the agency is entitled to go well above and beyond the requirements of both laws.  This ordinance seeks to, in many cases, maximize transparency and public process.

In the era of digital communications devices, it seems necessary to specify policies and procedures, particularly during council meetings.

Here was the 2013 proposal fleshed out.

Since that time, we have seen the inception of police body worn cameras.  Presently there is no provision in the city’s rules for allowing the public to view these videos.  The current policies would permit their release only in criminal or civil court cases.

At present, the Vanguard is waiting for the next critical incident and then will take the matter to court and allow the courts to grant the direction of transparency.

Last week I wrote the column: On Civility in Dark Times.  As I noted last week, the Vanguard had two previous efforts on the subject: The first is from April 2007 and the second is from August 1 of this year.

The first demonstrates a level of irritation for what was seen as a hypocritical gesture – someone calling for civility when they themselves were seen as part of the problem.  The second is a more reflective piece that noted the improvement of the political tone over the course of ten years on the Vanguard.

The first piece was concerned that civility was used to paper over policy differences – a concern that I think very much remains valid today.  The second noted that there was a turning point in the affairs of Davis – an incident that occurred in January 2010 between then-Councilmember Sue Greenwald and Mayor Ruth Asmundson.

At the city level, the first years of the Vanguard – 2006 to 2010 – saw a number of angry exchanges on the council (with Lamar Heystek staying above the fray as a rule).  That eventually culminated in the public exchange between then-Mayor Ruth Asmundson and Councilmember Sue Greenwald (as captured on the infamous YouTube video by the Vanguard).

The exchange left Ms. Asmundson badly shaken.  While many have seen the YouTube video, few will remember what happened behind the scenes in the lobby when the cameras were off.  I captured that moment in this article, where I was holding my one-month-old daughter in her baby carrier in one hand while I physically had to separate then-City Manager Bill Emlen with my other hand from attacking Sue Greenwald.

The lack of civility that night was in a way far worse than portrayed in the press – because, at that time, I was the only one who saw just how bad it was.

In August I argued that it marked a turning point for our community – but I wonder if it did so in a real way.

At some point, I have argued that Davis will have difficulty maintaining its level of services and infrastructure.  And I argued that a good part of it is due to the culture of incivility where threats, accusations, innuendo and then lawsuits have become part of the daily norm.

I think this is a critical question that we should strongly consider for 2017.