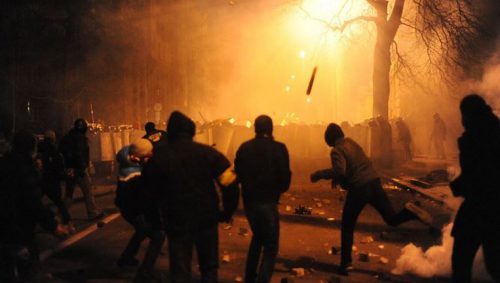 The New Year has officially begun. Out with the old, and in with the new!  Right?  Or, Not? Well, if despite the arrival of a fresh new year, you have still been experiencing unexplainable uneasiness, sort of like when you have been holding your breath for far too long, let me try to explain why.

You possibly have a mental hang-over from 2016; 2016 was an abominably raging year.  It was like watching Tarantino’s ‘Pulp Fiction’, but in reverse.  It was the Blockbuster of all time! There were so many twists and turns, rises and falls.  It was pins and needles the entire year.  No one knew what to expect next, and many were left with their heads absolutely spinning.

We saw the height of a 5-year civil war in Aleppo, Brazil and South Korea impeached their presidents, Britain voted to leave the EU, we celebrated our first female Muslim-American Olympic medalist, Apple releases the smart watch, along with the iPhone 23.something, and Trump took the race for the Presidency.

And if that wasn’t enough news, we mourned the surprising losses of celebrity greats such as Prince, David Bowie, Carrie Fisher, and George Michael. It was truly a dynamic year, in every sense of the word.

These sorts of macroscopic events, albeit sometimes difficult to detect it, tend to weigh heavily on one’s psyche and peace of mind, and can leave us in a state of heightened alert, or even of fear of what’s coming next.

Social mediums are literally screaming with messages of astonishment, disappointment, confusion, humor, and even candor.  It is as if, in the face of so much change, people have been reaching out for ways to express how they are feeling about it, but are still left without a means for also getting the empathy that they are needing for making sense of those feelings.  Coping and accepting change can be difficult, and 2016 certainly didn’t ‘pull any punches.’

Part of the challenge is that we always have some sort of expectations for how the year will unfold.  Often, more surprises and deviations from our expectations can leave us desperate to regain control of the unknown, or even to stop change from happening all together.  This effort to do so, just points to imminent grappling with fear, uncertainty and doubt, which can leave you feeling mentally uneasy, anxious, or even physically lightheaded and exhausted.

However, the reality is that ultimately, we always seem to make some kind of peace with the new normal, in the best way that we know how. Then, of course, a new change comes along and rocks our world all over again; rinse and repeat.

Of course no one person has all of the answers for guiding us towards accepting the here and now. And if they do, they’re not willing to tell you, unless you buy their book and FREE DVD at a specially reduced price of only $99.99.

Ultimately, we have to give ourselves a break by first acknowledging that change can be difficult, and that we may personally have our own unique needs and timing for coping with it.  Once that is said and done, we can resign to the fact that life does truly go on.  Yes, this does sound rather cliché.  However, it is most certainly true.

Since the dawn of humankind, we have faced change that has brought us to new awakenings, triumphs, tragedies, and decisions, and we have always adjusted and persevered.  Maybe not exactly in a way that we’ve always expected, but we keep moving forward.

So, let’s give ourselves permission to feel a little overwhelmed by the unpredictability brought on by 2016, and then permission to move forward with some level of vulnerability in not knowing what will happen in 2017.  Then maybe we can breathe a little sigh of relief in knowing that whatever is in store for us, we will experience it, and life will go on.