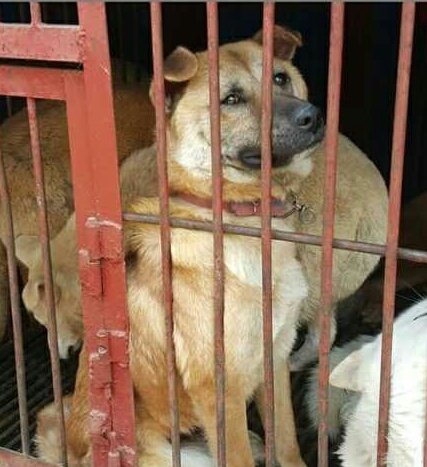 On Wednesday, the Vanguard published an op-ed from Mayor Pro Tem Brett Lee that highlighted the mistreatment of dogs in South Korea and asked the question: “Why does Davis have a sister city relationship with Sangju Korea when the Koreans are mistreating dogs?”

Brett Lee concluded: “My inclination is to support Sangju as a sister city, but to officially express my concerns about the treatment of dogs.”

When Brett Lee approached me about writing this op-ed, he noted that the council had been receiving a lot of emails from various groups on this, but had seemed reluctant to take on the issue.  However, after he implored me to watch the video, it is obvious that this represents a major atrocity and that the city of Davis needs to address it in some manner.

I have not yet weighed in on this topic.  On a personal level, I find this quite appalling.  I’ll address the policy ramifications in a moment.

I have not eaten meat since 1998 and I am coming up on 20 years of vegetarianism.  I view that lifestyle choice, however, as a personal choice.   I’m not what you might call a militant animal rights person, but I don’t like seeing animals mistreated either.  I am not opposed to other people consuming animals.

To me, this is not about a cultural issue.  If South Korea wants to consume dogs, I don’t think we have a place in saying that they shouldn’t.  I also don’t have any more of a problem consuming dogs than consuming cows, chickens, pigs, etc.

For me, therefore, this is not an issue of consumption but rather the treatment of the animals.  And what I saw on that video quite frankly mirrors the atrocities of the Holocaust, to be absolutely candid.  To call this being inhumane to animals actually does a disservice to inhumanity.

I know some people will be offended by this comparison, but watch the video.  These animals are being tortured.  We know from the study of personality disorders that torture of animals is often seen as an early sign of lack of empathy, and linked to anti-social disorders and potentially becoming serial killers.

To put this another way, quite frankly, if this were an issue of slavery that we discovered in Sangju, then this would be a non-issue and a non-discussion.  We would cut ties with them yesterday and not look back.  I really don’t view the treatment of animals any differently.

We see the rabid mistreatment and torture of a living creature and we, as a community, should not approve of that.

Before I propose a course of action, let me respond to some of the points made by commenters.

First, there are those who believe that the city of Davis should deal strictly with local issues.  At times, I have agreed with that sentiment, especially with regard to international issues that we have little say over, and that could end up becoming divisive and a waste of time otherwise spent on more critical issues here at home.

However, the council largely rejected that point with regard to the Dakota Access Pipeline.  The council made the point at that time that the DAPL issue was not that controversial in the community, there were issues of local nexus, and they did not take a huge amount of time on that issue.

As Brett Lee said at the time, “I get what the concern is, what we don’t want to be doing is delving into controversial topics where we spin our wheels and use up a lot of emotional energy and time focused on things that are not our primary responsibility, I totally accept that.”  But he didn’t see this as a topic that distracted from the important business at hand.

This issue is a little different.  This is not a matter of Davis expressing policy preference, but rather a matter that Davis has a sister city relationship with Sangju, and therefore a direct nexus with potential problematic practices in that community.

Moreover, I would argue that if we do find out that US meat houses are mistreating animals or that conditions are deplorable, the answer is to confront that problem, not ignore the problem in South Korea.

The closer nexus, however, would be that animals at the Yolo County animal shelter were mistreated.  But here too, the response from the community was overwhelming.  The Davis City Council intervened in that case as well, and by most accounts things have improved at the animal shelter.

Again, that is not an argument for non-action.

The bottom line, from my perspective, is that we should not look the other way at absolute atrocities elsewhere simply because we are not perfect here.  We should strive to improve our own processes, while calling out abuses elsewhere as needed.

Should we sever ties with Sangju because of the treatment of dogs?  That is what some are calling for.  I think there is a reasonable process, however, that can begin with less drastic actions.

First, the council should have a meeting to discuss a formal response, including a letter that calls out and condemns the treatment of dogs in South Korea.

Second, they should request a formal response from Sangju.

Third, they should determine the next course of action based on Sangju’s response.  It may be that intervention by Davis can lead Sangju to clean up their facilities that deal with the packaging of dog meat.

That stops short of what some people clearly want – which, I think, is to end the South Korean dog meat industry – but, as I said, I don’t believe that is an appropriate request.  The more appropriate request is that, if they are going to continue the consumption of dog meat, the treatment of the animals has to markedly improve.

Severing ties may ultimately be necessary, but is probably not the best way to change the practice.

For those who think that we should simply mind our own business, I’m sorry, I can’t go along with that.  What is happening there is too horrific for business as usual to continue.

29 thoughts on “My View: Council Needs to Take Action on Sister City Issue Regarding Treatment of Dogs in South Korea”