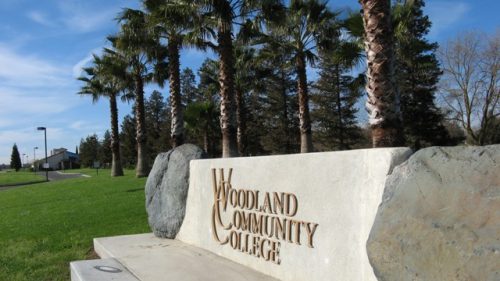 I enjoy games, don’t you? Let’s play a game. The game is called “Twenty Questions.” We’ll not deal with generalities, such as “Is it bigger than a breadbox?” Rather, I will ask questions regarding possible instances of impropriety at the highest levels of the Yuba Community College District (YCCD), based on information gathered from public records or through my own documented observations.

1. Did Trustee Wheeler or his family members benefit when YCCD purchased a Chevrolet Volt from Wheeler Auto Center, a dealership that appears to be owned by a relative of the trustee?

2. Why did the Chancellor personally authorize payments to his friend Judy Walters in amounts totaling many thousands of dollars annually when her work product, in my professional opinion, is akin to material available at no charge on Pinterest? Dr. Walters’s LinkedIn page lists her as an “Organizational Visionary,” but her suggestions include having a tea party with faculty members.

3. Why were basic plumbing repairs at Yuba College neglected while the Chancellor made these seemingly frivolous expenditures for consultancy? I am to understand that the plumbing is going to be repaired with bond funds, but those funds are extremely expensive, considering the interest to be paid by future generations.

4. Why were at least two professors at Woodland Community College permitted to violate FERPA regulations by leaving, in classrooms open to the public, graded work with students’ names attached? Both professors were full-time faculty, so they had private offices where graded work could be kept. I advised the administration of the two instances, and at least one of the violations continued into Fall 2016. I would have advised the United States Department of Education of the violations; however, according to the FERPA website, only an aggrieved student may do so.

5. Why was at least one professor at Woodland Community College permitted to violate ordinary standards of exam security by leaving, in a classroom open to the public, graded exams with both the correct exam answers and the text of the exam questions attached? Again, the professor was a full-time faculty member, and she had a private office. In addition to the FERPA issue, if the exams included questions generated by a textbook publisher, the breach could have had international implications for instruction and possible civil liability for the District. Someone could have taken an exam and an answer sheet, published the questions and answers on the web, and instantly would instruction have been negatively impacted worldwide and hundreds of thousands of dollars in intellectual property rights would have evaporated. I advised the administration of the problem, and it continued into Fall 2016.

6. Why have the significant security issues at Woodland Community College remained unaddressed? The campus police officers accomplish a fantastic number of protective and assistive feats; however, they are not omnipresent. Administration officials knew as early as 2010 and not later than March 2014 that a significant security issue existed on the upper floor of the 800 south building. Alas, no security cameras were installed. Had they been installed, the identity of the person or persons who harassed Dr. Moreno on the basis of her ethnicity could have been identified.

7. Why are there no security cameras covering the student, staff, and faculty parking lots at Woodland Community College? The lack of security cameras continued even after at least one faculty member’s personal safety was placed into jeopardy. A security camera surveils the vending machines in the Library anteroom. Surely life and property are at least as valuable as candy bars. Again, our diligent campus officers cannot be expected to exceed the normal limits of humankind and should be given up-to-date tools with which to complete their vital duties.

8. I have been told that bond funds are going to be used at Woodland Community College to build a performing arts center. Why is this choice being made when basic needs, such as security, are not being addressed?

10. What precisely is the relationship between the District’s law firm of Johnson, Schacter, and Lewis and Chief Human Resources Officer (CHRO) and disbarred attorney Jacques Stirling Whitfield?

11. Why was Mr. Whitfield permitted to continue his business from the offices of Johnson, Schachter, and Lewis for at least seven months after starting as the CHRO for YCCD? According to Whitfield’s LinkedIn page, his employment at YCCD began in January 2012, but documents obtained from the California Secretary of State reveal that Mr. Whitfield continued operating The Sterling Group from the address of Johnson, Schachter, and Lewis until at least July 2012.

12. Did Mr. Whitfield’s work from the offices of Johnson, Schachter, and Lewis generate any conflicts of interest?

13. If conflicts existed, how did they impact Mr. Whitfield’s work as CHRO?

14. If conflicts exist today, how are they impacting the rights of YCCD employees and, by extension, students?

15. Does the Board of Trustees know that Jacques Whitfield was disbarred by the California State Bar Court for “an act involving moral turpitude, dishonesty or corruption” ?
(Source: http://members.calbar.ca.gov/fal/Member/Detail/147362)

16. If the Board of Trustees is aware of Whitfield’s disbarment, why is he allowed to continue as CHRO, a position of extraordinary trust?

17. How on Earth were two confidential employees given unauthorized salary increases? (Source: 2015-16 Audit Report for the Fiscal Year Ended June 30, 2016 by Cossolias, Wilson, Dominguez, and Leavitt available on the YCCD Board Docs website)

18. Why was the error not caught until an outside audit was performed?

19. Have the employees paid back the overage?

20. Would a complete investigation of the District by an outside authority (including, possibly, a Grand Jury) be warranted at this point?

9 thoughts on “Has Yuba Community College Trustee Acted with Impropriety?”