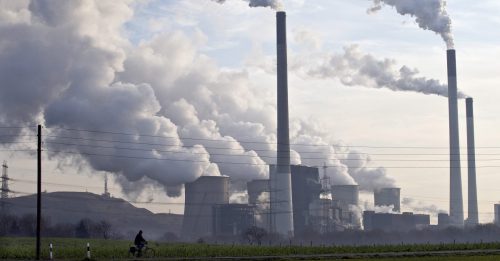 I believe the new administration in Washington embodies a rejection of science that is different in both nature and magnitude than any we have seen in my lifetime.  I believe that although this threat is not garnering as much attention as jobs, immigration, foreign relations, and law enforcement policy, it is at least as important to the well-being of our nation. The threat is presenting itself on at least three major fronts: the EPA, Health and Human Services, and the Department of Education. To avoid the specter of “false news”, I am going to use quotes from the new heads of these departments and/or their supporters as much as possible to illustrate my points and will separate out clearly what is solely my opinion.

Starting with the EPA. Scott Pruitt the former Oklahoma Attorney General who has brought many suits against the EPA has been quoted saying:

1. “Scientists continue to disagree about the degree and extent of global warming and its connection to the actions of mankind. That debate should be encouraged—in classrooms, public forums, and the halls of Congress. It should not be silenced with threats of prosecution. Dissent is not a crime.”

My opinion:  This statement while accurate as stated fails to acknowledge that there is not equal “debate” about the connection of climate change to the actions of humans. A large majority of actual climate scientists agree that climate change is real. As opposed to those paid by traditional energy companies and their supporters to spread doubt and confusion, much as cigarette makers did a generation ago regarding the health hazards of smoking. Global warming is a real hazard to the health and well-being of humans and other species. Human activity, while perhaps not the only source of climate change, is the major source and our activity is the only venue through which we can make a difference.

2. Pruitt, the new head of the EPA and who as Attorney General of Oklahoma had sued the agency, has questioned the right of the EPA to enforce clean air standards under the Clean Air Act (see: https://thinkprogress.org/scott-pruitt-wall-street-journal-clean-power-plan-epa-a2b622)

My opinion: As an attorney general, he certainly knew or should have known that this is settled law since 2007 when the Supreme Court ruled in Massachusetts vs. EPA that the EPA does, in fact, possess the authority under the Clean Air Act to regulate greenhouse gases as air pollutants. It would seem to me that our new head of the EPA has decided that, under the guise of uncertainty, it is his role to obstruct established law regarding appropriate federal standards and their enforcement.

My opinion: Noticeably absent from his list of stakeholders are environmentalists, Native Americans, hikers, backpackers, hunters, fisherman, nature photographers, and other groups who may place a higher value on the rights to maintain and enjoy a more pristine environment than that valued primarily by the economically-based groups specifically named by Mr. Pruitt.

On to the Department of Education with Ms. Betsy DeVos as the new Secretary. Ms. DeVos, married to the billionaire heir of the Amway Company is a questionable choice on several levels.

1. Her failure to separate the functions of church and state. She has been an outspoken opponent of public education although she has no experience with this sector of our educational system. http://www.motherjones.com/politics/2017/01/betsy-devos-christian-schools-vouchers-charter-education-secretary

2. Her family backing of religious (Christian) educational institutions over public schools. The DeVos family has had long support of vouchersfor private, religious schools; conservative Christian groups like the Foundation for Traditional Values, which has pushed to soften the separation of church and state; and organizations like Michigan’s Mackinac Center for Public Policy, which has championed the privatization of the education system. Also in the Mother Jones article cited above.

My opinion : This might not be a disqualifier had she not come out and said publically :It is time “for our family investment to pay off”  in reference to millions of dollars donated to conservative Republicans and Christian groups over many years.

3. In her own words: in a2001 interview for The Gathering, a group focused on advancing Christian faith through philanthropy, she and her husband stated their views. Asked whether Christian schools should continue to rely on giving – rather than pushing for taxpayer money through vouchers – Ms. DeVos replied: “There are not enough philanthropic dollars in America to fund what is currently the need in education…Our desire is to confront the culture in ways that will continue to advance God’s kingdom.”

My opinion : DeVos clearly wants to use taxpayer money to fund her vision of religious education throughout America and to me this should have, but has not, disqualified her from her current position. It is clear from her upbringing as outlined in the Mother Jones article and her own words that she does not appreciate that there are many Americans who do not share her vision of “God’s kingdom” and do not want to see our public school system destroyed to support her vision thereof.

Although I also opposed Dr. Price’s nomination on the basis of his opposition to the ACA and my personal preference for a single party payer system with universal provision of health care as well as the questionably ethical nature of some of his investments in medically related companies, I will focus on his anti-science , anti-evidence based tendencies.

1. When asked his opinion about the availability of birth control, Dr. Price demonstrated his preference for religion over science stated: “Bring me one woman who has been left behind. Bring me one. There’s not one. The fact of the matter is this is a trampling on religious freedom and religious liberty in this country.” https://www.theatlantic.com/health/archive/2016/11/tom-price-not-one-woman-cant-afford-birth-control/509003/

Dr. Price is factually incorrect. It has been estimated in a 2010 study done by Planned Parenthood, which he would defund, that approximately 33% of women have difficulty paying for effective contraception at some point in their reproductive lives.

My opinion: In fairness to Dr. Price, as an orthopedic surgeon, he may have never encountered a woman who he knew lacked access to birth control as this is not a topic typically reviewed by orthopedists. This would certainly reflect my experience with women coming to my clinic whose first question about contraceptive options before the ACA, was how much birth control would cost. This often led to the choice of a less effective form of contraception, or none at all. This is a serious miscalculation for several reasons. The best way to prevent an unintended pregnancy with possible abortion, or long term dependency on the taxpayer is to prevent unintended pregnancies. Also, whether Dr. Price is aware, or would care to admit it or not, pregnancy always presents increased health risks to the mother over the non-pregnant state.

2. Reliance on “expert opinion” over evidence based recommendations. As a member of congress, Dr. Price derided as “bureaucrats” the U.S. Preventive Services Task Force, a group of physicians and academic medicine experts that make evidence-based recommendations for appropriate care. This might seem to be merely a difference of opinion on how medicine is best practiced. However, there is more to this than meets the eye. http://www.npr.org/sections/health-shots/2017/02/01/512687027/hhs-nominee-tom-price-targeted-panel-that-urged-fewer-cancer-screenings

My opinion: Dr. Price trained in the same era in medicine as me. “Expert opinion” was held in very high esteem especially in the surgical fields where hands on training under mentors with individually developed practical skills is essential. However, as medical knowledge has advanced, an evidence-based approach based on large, double blind, prospective studies, and a greater reliance on check lists and safety protocols which prevent complications and save lives, has gained an ever stronger foothold.  Unfortunately, while nearly all of my colleagues here in the Sacramento area have made this transition due to its apparent advantages in patient care, Dr. Price is not amongst them.

3. Choice of affiliation. Dr. Price is a member of the Association of American Physicians and Surgeons (AAPS), a group that has stated that the acceptance of Medicaid and Medicare are “evil” and “immoral;” that believes that the use of electronic medical records is a means of data collection and control similar to the East German police; and advocates for near complete deregulation of medical practice. http://scienceblogs.com/insolence/2016/11/30/the-new-secretary-of-health-and-human-services-is-a-member-of-a-fringe-medical-organization-heres-what-that-means/

My opinion: While it is impossible to say which of the specific beliefs of this organization Dr. Price personally adheres to, I think it is safe to say from his own comments that he believes in physician autonomy over an evidence-based approach to patient care. That he believes that everyone can afford the care that they need and therefore should just live within their economic capabilities regardless of their economic status, and that almost all regulation of medicine prevents doctors from practicing according to their own understanding regardless of demonstrated efficacy whether that includes evidence-based cancer screening, contraception, choices of medication which may or may not be proven effective and/or use of modalities which have been demonstrated ineffective. His stated approach to cancer screening is one of a “more is better” approach which, while it is better for the doctor’s bottom line, is definitively not better for patient care as shown by his opposition to the evidence-based approach of the United States Preventative Services Task Force.

Taken singularly, I would have opposed each of these nominations for the reasons given as well as others. However, taken as a group, I think that it is critical to see this as a platform for the dismantling of public support for science.  If successful, this approach will cost us world leadership in many areas of science that will take generations to rebuild. If science is not taught within our schools, or allowed to be discussed openly by officials as several states have already mandated, we could have an entire generation of children who are incapable of understanding the world around them within a scientific framework. And yet this is exactly the intent of Ms. DeVos who believes that the states and individual parents (if they are Christian) should have sole control over education not only for their own children, but for all other children as well.

While there are many other pressing issues, as a woman whose career has been based on scientific knowledge applied to the care of individual patients, I could not sit back and allow this threat to our strength as a science respecting nation go unchallenged.