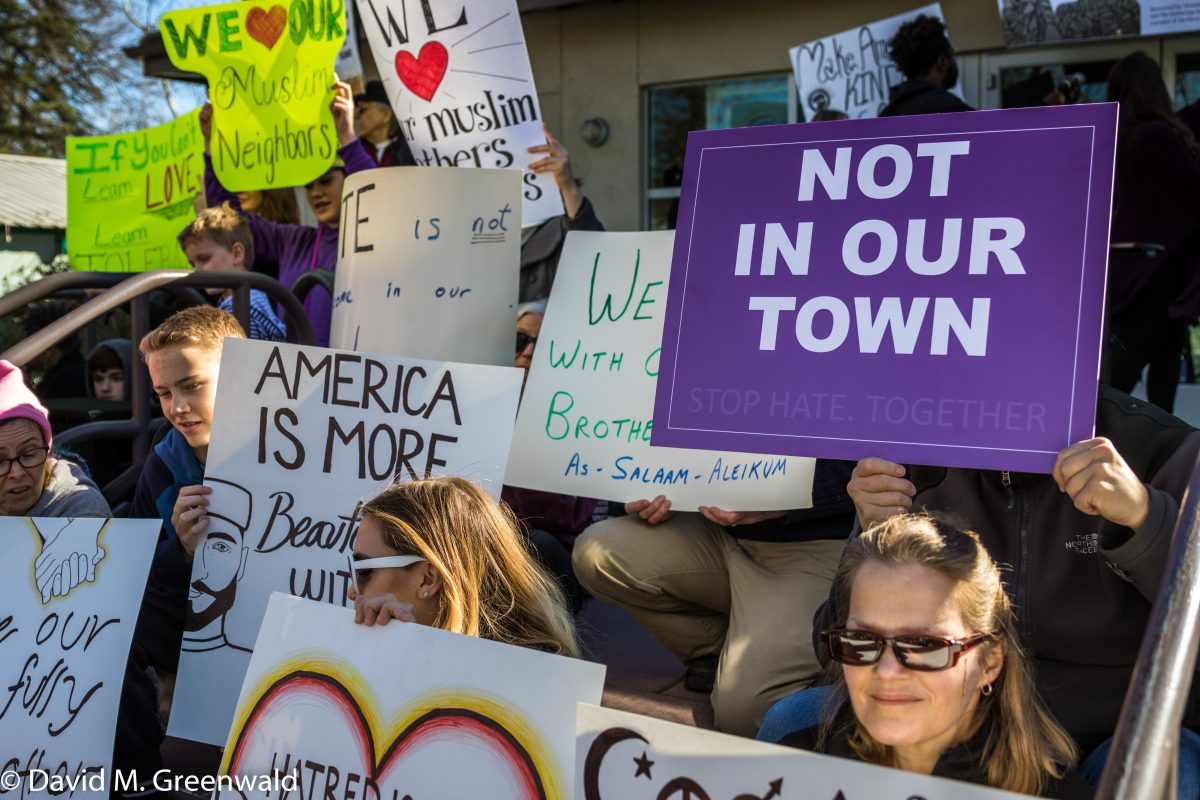 When the DA announced that Lauren Kirk-Coehlo was being held on $1 million bail, it raised a huge red flag.  At the press conference, other reporters also noted the huge bail and questioned its basis, but both DA Jeff Reisig and Police Chief Darren Pytel would only offer vague generalities.

There were also questions about whether the DA could sustain a hate crime charge.  In a text exchange, I asked the police chief whether there was evidence of a hate crime outside of the instant offense – and he simply responded that he could not answer that question.

A look at the bail schedule suggested bail should be set somewhere between $40,000 and $60,000.  What were we missing?  The police chief and DA wouldn’t say.

The DA would only acknowledge that this was an unusual case: “My office in the last ten years has not prosecuted a case like this.”

As it turns out, that was actually an understatement.

What we found out through the release of a charging document affidavit is that there was plenty of justification for the high bail.  Why they wouldn’t release some of this information at the press conference is a valid question – it is hard to see how information that would be readily available shouldn’t have been immediately released.

Based on an affidavit filed by Daniel La Fond, the Davis PD detective assigned to the case, in support of raising the bail from the bail schedule amount of $40,000 to what Judge Samuel McAdam determined to be $1 million, we now know that Ms. Kirk-Coehlo may well have been a ticking bomb.

Her glorification for mass murderer Dylann Roof, who was recently sentenced to death after being convicted of killing nine people in 2015 in the Charleston, South Carolina, African American church, was disturbing.

But it gets worse – not only did she offer admiration and cheers for the mass shooter, but she told a private messenger on Twitter that, while she had not killed anything, “I have dreams and aspirations.”  She added, “I would like to kill” and later added, “many people.”

A search of her cell showed her “making derogatory remarks using the terms ‘Jews, Mexicans and N—s’ on a regular basis.”

Ms. Kirk-Coehlo “made several searches about the suspect, Alexandre Bissonnette who last week allegedly killed 6 people and injured 19 in a Mosque in Quebec.”  La Fond writes that a “search history also found her looking up details about a ‘bombvest.’”

Detective La Fond writes about the request to raise the bail, “Based on Kirk-Coehlo’s hate motivated vandalism along with her glorification of Roof and Bissonnette who recently killed African Americans and Muslims in their place of worship, along with her own statement of having dreams and aspirations of killing concern law enforcement.”

He adds, “Further, her own mention of her own mental problems, along with her recent search for information in relation to a ‘bombvest,’ I believe Kirk-Coehlo is an immediate danger to the public. I do not believe the $40,000 is sufficient bail in this case and I respectfully request that Kirk-Coehlo’s bail be increased substantially to reflect the serious nature of her crime.”

Would she have acted on this?  Who knows?  But we have see enough mass shooting situations that we cannot take such talk lightly.

In the aftermath of the murders committed by Daniel Marsh, the community asked whether we should have flagged him as a dangerous individual, seen the warning signs in advance.  We asked on the Vanguard whether the schools or psychologists could have foreseen the danger that lurked within him.

Well, for once perhaps, we got a break in the case of Lauren Kirk-Coehlo.  While her actions of vandalizing and desecrating the Islamic Center with raw bacon were gross and vile and deplorable in their own right, in a very real and sad way, we turn out to be perhaps quite fortunate that her first action was to put bacon on a local mosque.

I don’t say that to dismiss the very real harm that that particular act caused.  But in retrospect, the community’s strong showing of support for the Islamic Center helped calm some of the local nerves, even during a time of great uncertainty.

What lurked beneath the surface here is even more sinister and dangerous, and we are quite fortunate that she chose a target that was well covered in terms of surveillance cameras – which left enough information that the public could assist the police in helping to apprehend what turned out to be possibly a far more dangerous individual than her first crime suggested.

However, these revelations might explain better the very chilling video that emerged out of that January crime.  Watching the video, she was slow, methodical, almost casual as to how she entered the ground, how she methodically and meticulously inflicted damage on the windows, the bikes, and placed bacon on the door knobs.

At the time, it was a bit of noteworthy conduct.  It was not what you might expect to see.  Normally you would see someone run up, do the damage and get out of there as quickly as possible.

Her actions were cold and calculated.  In hindsight, they reflect the actions of someone dangerous and calculating.

In the aftermath of many of the mass shootings, the investigators would find troubling signs of mental illness.  We have made a lot out of the native terror attacks carried out in San Bernardino and Orlando, among other places.  We have also seen the actions of Dylann Roof and Alexandre Bissonnette.

To me at least, these seem less rooted in the counterparts of ethnic hate and terror, and more related to the America mass shooting phenomenon.

At least in this case, at least for once, we got enough warning signs and a relatively minor early crime that we perhaps headed off disaster.  But that might be of small consolation, as there are probably many more out there that we don’t know about, and we now know that our community is not immune to these more global problems.

14 thoughts on “Commentary: We May Have Narrowly Averted Something Catastrophic”