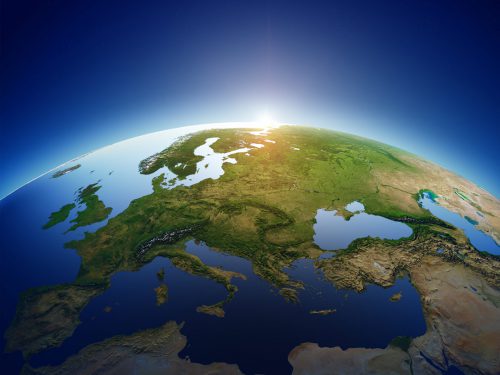 This is the first in a series of essays on the political themes of our times.  The objective of these essays is to draw conclusions from our predicament that will allow organizations of citizens to return decency to power.  This first essay addresses the dark cloud that controls our current Executive branch and the deep cultural affliction that poisons our political thinking.  The essay has three parts

This essay ends with “we must first maintain peace in our hearts.  Second, stand openly to oppose exceptionalism…”  I welcome you to read on even as this reading might make you restless, pensive or combative.  Give yourself a minute – the goals are understanding and lasting positive action.

There Will be No Reconciliation from Trump:

I wish he was all hot air, but that’s not the case. He is very, very serious about gutting what’s left of civility and he is pissed-off about being shown up on January 21st. There will be no reasoning with this administration unless you are a white male CEO, Christian or general.

The cathartic moment of the inaugural address (Our hope for Trump’s salvation) the “aw shucks folks, I was just trying to get elected and didn’t mean all those mean things” is over.  You likely have read about the reconsideration of opening “black-site” prisons. Can you say “extraordinary rendition”? It did not work when we lied about it the last time and it hurt us tremendously in our attempt to appear like a beacon of justice on the hill.

Sorry if we interrupted your pension plan and early retirement. This is not a test! This is an actual emergency. We now have a president who is impervious to and incapable of rational thinking. He is as serious a threat as any authoritarian history has brought about to plague the modern era.  We will not be exiting in happy resolution after two hours of this movie.

This is not just another president or swing of the pendulum. Those of us, who cannot abide by a war on social justice and the environment, are called to remake our system. A system that is impervious to ideological shifts of national government and that promotes a socially just and environmentally reciprocal society.

The Backlash is Against All You Obama Lovers

I want to caution my fellow citizens against placating and normalizing.  Standing there in disbelief, trying to figure out a way to feel good about your latte, is not going to help.

We have seen a raft of editorials about the Obama’s positive legacy (sip, sip…good coffee), about how the Trump administration might be unpredictably non-conformist – in a good way.  And we have even seen the occasional “things have never been better” article that attempts to make the case that our dissatisfaction is factually unjustified.  Orwellian.

The San Jose Mercury: “Republican leadership having won control of the presidency and the Congress will learn grace in victory.” Laughable as in “ha! ha! ha! Charlie Brown!” Mercury News Editorial Board, January 13, 2017.  The SJM is a good paper – maybe the editorial board is just trying to inject balance into the situation.

The Sacramento Bee’s Erika D. Smith, points out that Obama was an uplifting moral leader. (http://www.sacbee.com/opinion/opn-columns-blogs/erika-d-smith/article126473609.html)  Erika is correct, but while Obama and his family are wonderful people, he and his party were naive and tepid in their management of the white blow-back and shockingly complacent about keeping their mobilized young idealists engaged.  It just did not seem like the DNC had Obama’s back.

It seems that many credible news outlets are just now taking stock in how much Obama was judged by the color of his skin rather than the merit of his judgement and policy. At what point during the media frenzy that emboldened the Tea Party in 2009 were our nations journalists thinking that this was a broad secular multiracial reaction?

So, bad on them and on me. the whiteness and the racism did not self-implode in the way I expected it would.  And what we have seen is exactly as bad as what we have.  Any silver linings will be the ones we create.

The reasons for a Trump Presidency in America run deep. The epic tragedy that has made Trump possible, and that made Obama ineffective, is our own institutional, sometimes religiously inspired, exceptionalism and its close relation racism.

We have carried, and sometimes coddled, this tragedy for some 500 years. Our western disposition, to subjugate other humans started with the 1st peoples and when they were just about extinguished we turned to blacks. Americans, after all, deserve to abuse others and the planet along with it.

This narcissistic world view is mostly a white American demonic affliction; and I thought Obama knew this going in. I suppose he was just trying to survive his Presidency knowing full well that his public, his party, and even his secret service could only be moderately capable of protecting him form overt forms of white racist blow-back.

In his farewell address Obama stated “For every two steps forward, it often feels we take one step back.” Obama then cautioned “But the long sweep of America has been defined by forward motion.”

I am not sure as our military has only gotten bigger, our foreign atrocities more egregious, our disenfranchised more numerous, and our attention to the earth more meager.  Most of these addictions and ailments to be laid at the feet of exceptionalism.

With Obama we could feel that the injury of racial injustice and assumed privilege had been overcome – or that we were on the right track.  Trump proved we were not.  We were not able defend our symbolic gain, mostly because what ails us has only been symbolically treated.

Our brand of exceptionalism says that intolerance and subjugation is our right and, for many in this Administrations’ court, ordained by God.   Being proud is one thing, but we must not make peace with that part of ourselves that looks for excuses to subjugate all we survey.

Instead we must first maintain peace in our hearts.  Second, stand openly to oppose exceptionalism and all the while reconcile with our brothers and sisters of all walks and places.  May you find peace within, in your country and in the world.

Share:
Tags:Trump
Previous : Muslim Ban a Simple Matter of Perspective?
Next : City Ponders Next Steps on LRDP Including Engaging Regents

7 thoughts on “Essays from a World Citizen”