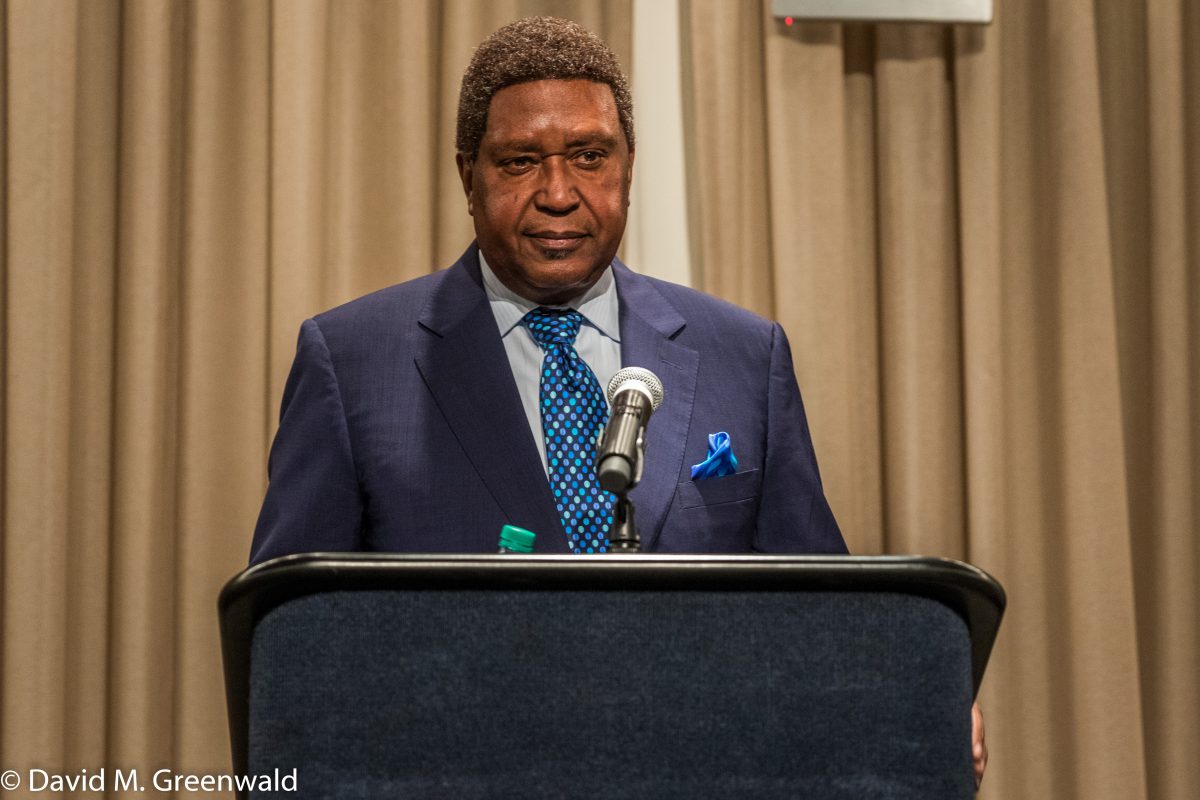 Civil Rights Attorney John Burris spoke at the Vanguard event on Saturday at the Sacramento Convention Center, focusing on police shootings.  He also spoke to the media prior to the event, telling them that the family of Joseph Mann had settled the case for around $719,000.  He told the media, “It was a settlement that the parties negotiated in an amount that neither side particularly liked.”

Mr. Burris told CBS 13 that “the officers got away with murder.

“The officers stalked this person, tried to hit him with the car, and then shot him numerous times,” he said.  “To me this was murder.”

But the Sacramento DA’s office declined to prosecute the two officers – Officers Randy Lozoya and John Tennis – despite dash cam footage showing the officers talking about running over Mr. Mann with their vehicle, prior to chasing him down and shooting him.

The DA concluded: “Officers Tennis and Lozoya were justified in shooting Mann to defend themselves and each other, to protect the public from imminent harm and to prevent the escape of a suspected felon who posed a significant threat of death or serious bodily injury to others.”

Mr. Burris told the media, “No African American person should be totally comfortable with the police. Period.”

Here is the video of the CBS 13 report: