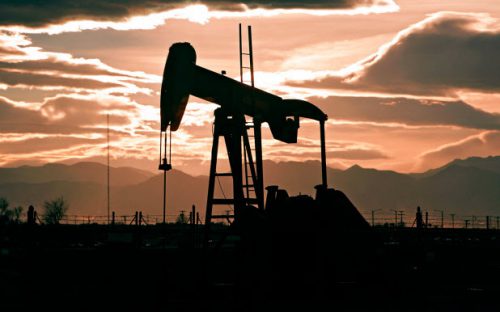 The Davis community has been engaged in a series of gatherings to help residents process the realities of the new era and then activate themselves to create meaningful dialog and actions. On January 8, 2017 we gathered to discuss climate justice issues.

Climate change is disproportionately affecting the already disadvantaged, the people who are least able to relocate, re-educate, adequately feed and house themselves. As our community convened on January 8th, attendees were concerned about the connection between dependence on fossil fuels, lack of leadership at the national level, political clout of the fossil fuel industry and the plight of climate refugees and our planet.  The conclusions are clear: We need to move from a fossil fuel economy to a green economy and that time is running out.

Green technology is an economic driving force in California. As California strives to achieve and exceed carbon reduction goals to offset climate change, green technology will continue to attract investors and innovators.

According to Noel Perry, founder of Next 10 (Green Technology Magazine, green-technology.org), SB 32 and SB350 will result in continued investment in clean technology and funding for start-ups. SB 350 sets a goal of 50 percents renewable energy by 2030. “One of the things that businesses always like is certainty. The fact that a market is going to be there, and it’s not going to go away, creates certainty that the rug’s not going to be pulled out from under investors who are trying to meet certain goals.”

Note: Noel Perry is a businessman, philanthropist, and the founder of Next 10, a nonpartisan nonprofit organization that educates, engages and empowers Californians to improve the state’s future. For years, Next 10 has been an authoritative source of insight into the growth of California’s green economy.

Our rural areas have high rates of poverty with associated health issues and often lack educational and employment opportunities available in urban areas. Investing in our rural communities by encouraging the local development of green technology would be a win for both the local economies and for our planet by helping to combat climate change.

As an assemblymember (senator) from a largely rural district, you are in an ideal situation to help create legislation that would provide funding to direct green technology to rural areas throughout our state. We, the undersigned, encourage you to move forward with such legislation.

Members of Yolo MoveOn will be in touch to follow up on this correspondence. Please contact Elizabeth Lasensky at elasensky@yahoo.com , 530-848-5436, with any questions.

As we prepare for a new Administration in Washington, citizens of Davis have been gathering to discuss community concerns, including climate change and climate justice issues. Like many in our state, our Yolo MoveOn members are appalled that climate change denial will be the position of the Trump Administration. We are grateful to Governor Jerry Brown, and to our California Senators, who have pledged that our state will continue to move forward on addressing climate issues, whatever the national policy.

As a result of the anticipated policies from Washington, it is vital that concerned Californians work even harder to protect the environmental progress we have made and to take even greater strides in the face of indifference or active resistance elsewhere. We are proud of our efforts here in California, but there remains an area of great inconsistency in the state’s approach that we feel can and should be remedied.

The continuation of fracking in California is a blot on our otherwise sensible and forward-looking environmental program. The practice has been banned in several European countries like France and Germany, and also in the state of New York. That state banned fracking because the legislators heard the message of health professionals and scientists about the dangers of polluting the water of millions of citizens and of causing cancer and other diseases. Yes, the actual manner of fracking in our state is a bit different, but the companies doing the resource extraction and the toxic chemicals being used are the same.

For a number of years, companies brushed off the complaints of citizens near fracking operations. They claimed the rashes, nosebleeds, cognitive problems, and vomiting were “anecdotal” evidence, and not linked to the extraction operations. In the intervening years, several well-researched studies have validated the experience of the citizens. The EPA has recently published a summary of these studies titled, “Hydraulic Fracturing for Oil and Gas and its Potential Impact on Drinking Water Resources” (epa.gov/hfstudy) and the respected late scientist Theo Colborn has devoted a website (endocrinedisruption.org) to publishing evidence of the effect of the fracking chemicals on human endocrine systems.

The recent film “Dear Governor Brown” showed heartbreaking interviews with people living a stone’s throw from fracking operations near Los Angeles, who were sick, but could not afford to move elsewhere. It also showed film of the shocking application of fracking wastewater to irrigate crops, poisoning our soil for future agriculture and the food we should expect to be healthy when it reaches our tables. One cannot travel through the central valley without passing fields of crops adjacent to oil and gas operations.

But even without the threats to the health and well-being of our citizens, surely California should ban fracking because wastewater injection has been conclusively linked to earthquakes in Oklahoma, Ohio, and Texas. Areas that had very rarely experienced earthquakes now experience them on a semi-regular basis. Food and Water watch has reported that over three-fourths of California fracking operations (even those near cities like Los Angeles and Santa Barbara) are within eight miles of a fault. This is a recipe for disaster that should not be ignored. A major quake in a populated area would claim many thousands if not millions of lives. While we certainly cannot always prevent an earthquake, we can cease practices known to cause them.

If California is to continue to move ahead in environmental protection and safety for citizens, fracking should be banned. Renewables like wind and solar are growing exponentially, and our state should turn to and invest more in them without delay. We cannot continue to develop and expand fossil fuel extraction and be “climate champions” at the same time. Oil and gas are the “elephants in the room” of California’s climate progress. We urge you to be an advocate for our environment and the people of the state on these issues.

Yolo MoveOn members are happy to meet with you and discuss our concerns further. We would welcome the chance to provide you with materials and documentation for your study. Please contact Carol Warren at kaymoorsmum@gmail.com with any questions. Thank you for your commitment to California and its safe and healthy future!