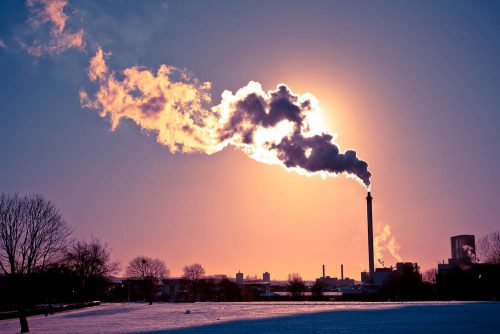 As engineers shore up storm-damaged dams and levees, there are other kinds of leaks to consider – the kind caused by state climate change law, such as Cap-and-Trade.

The Air Resources Board (CARB) plans to amend Cap-and-Trade’s “leakage” rules, and many industries are worried the changes may increase leakage.

So what is leakage? It’s when Cap-and-Trade’s compliance costs cause emissions to decrease in California and to go up by the same amount outside of California.  A simple example is a company leaving the state to set up shop elsewhere.  Another would be where an in-state company loses customers to an out-of-state competitor, which increases production to make up for the in-state company’s decrease in production.

Leakage is a bad thing. First, there is no net reduction of greenhouse gas emissions – in fact, there may be increased emissions, especially if a product must be transported back into California.  Second, the state loses jobs and tax revenues. Third, industry fails to become more efficient and greener. Finally, other jurisdictions considering Cap-and-Trade may think twice.

California climate law requires the state to avoid leakage, so the state has built industry protections into the Cap-and-Trade program.

To reduce compliance costs and maintain incentives to produce in California, CARB gives out free emission credits (“allowances”) to industry, based on a formula that includes an “Assistance Factor.”

This means that, starting in 2018, medium and low risk industries will have to either reduce emissions or purchase more allowances on the market, both of which will likely lead to higher production costs.

To add to that, for the post 2020 compliance periods, CARB has proposed a new way to calculate leakage, which tends to lower the Assistance Factor across the board.  The new method would combine a risk factor for both international and domestic leakage in each industry sector.  Industry is skeptical of the studies on which this proposal is based and has questioned the need for changing the method.

It’s in this context that Dorothy Rothrock, President of the California Manufacturers and Technology Association, wrote last week in the Sacramento Bee that Cap-and-Trade needs to “retain cost-containment tools for in-state manufacturers so they can afford to meet the 2020 and 2030 climate change goals.”

Rothrock wrote that climate change policies are a cause of high energy prices, which in turn have reduced investment in manufacturing.

Jobs are also at risk. “Since the end of the recession in 2010, California has grown manufacturing jobs at a low rate of 2.6 percent compared to the country’s 7 percent.”

Rothrock’s column concludes, “Climate change leadership that speaks to the needs of manufacturing will attract other states to join the fight and would be a win-win for the global environment and the economy of California.”

One member of Rothrock’s association is California Steel Industries, the only remaining steel rolling plant in Southern California.  In a rule-making comment letter the company said, “The proposed Assistance Factor reduction will result in CSI’s competitiveness being severely threatened…Our foreign competitors in China and other nations, as well as our domestic competitors, will be happy to undercut our costs and take away our business, if they can.”

The company also noted, “Furthermore, any resulting loss of CSI’s steel production will simply be replaced by less efficient production in other states and other nations. This will be accompanied by additional shipping distances resulting in greater truck and rail emissions. Altogether, this means increases, not decreases, in global GHG emissions, and an accompanying decrease in steel manufacturing jobs and associated supply chain jobs in California.”

One thought on “Preventing Leaks – That Is, the Cap-and-Trade Kind”