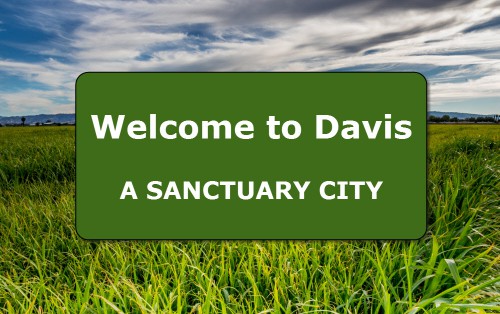 Like the County of Santa Clara, San Francisco challenges President Trump’s threats to withdraw federal funds from states and local jurisdictions that the Administration deems to be “sanctuary jurisdictions.” Attorney General Becerra’s brief highlights California’s interest in protecting state laws and policies that ensure public safety and protect the constitutional rights of residents.

“Threatening to take away resources from sheriffs and police officers in order to promote misguided views on federal immigration policy is reckless and puts public safety at risk,” said Attorney General Becerra.

He added, “It is the right and responsibility of California and each state under the Constitution to determine how it will provide for the safety and general welfare of its residents and to safeguard their constitutional rights. We will not be intimidated or coerced into compromising our state values on account of the Trump Administration’s fear mongering and falsehoods.”

Last week, Attorney General Becerra filed a similar brief in the County of Santa Clara’s challenge to Trump’s executive order.  Previously, he worked to protect the rights of Californians by joining as a plaintiff in one of the suits challenging President Trump’s Muslim travel ban. Attorney General Becerra also joined an amicus brief, along with several states, in the State of Hawaii’s challenge to the revised version of the Muslim travel ban. In that case, a federal district court halted the implementation of the travel ban before it could go into effect.

The U.S. has more than 140 sanctuary cities, counties, or jurisdictions.  That figure encompasses 37 cities, including some of the most populated in the nation – New York, Chicago and Los Angeles, as well as San Francisco and Seattle.

“When cities and states refuse to help enforce immigration laws, our nation is less safe,” Attorney General Jeff Sessions said. “Failure to deport aliens who are convicted of criminal offenses puts whole communities at risk, especially immigrant communities in the very sanctuary jurisdictions that seek to protect the perpetrators.”

Mr. Sessions said the Justice Department plans to award $4.1 billion in grant money this year – but that sanctuary cities will no longer be eligible to receive them.

“The Department of Justice will require that jurisdictions seeking or applying for DOJ grants to certify compliance with [U.S. Code 1373] as a condition of receiving those awards,” he said.  U.S. Code section 1373 (of Title 8) is the law which says cities cannot prevent federal authorities from enforcing immigration laws.

“The president has rightly said disregard for law must end,” Mr. Sessions said. “…Today, I am urging states and local jurisdictions to comply with these laws.”

Congressman John Garamendi, who represents much of Yolo County in the House of Representatives, told the Vanguard on Tuesday, “Threatening to take away public safety grants in the name of public safety is an absurd notion. The Department of Justice announcement that it is withholding grants from cities that engage in inclusive community policing is counterproductive and wrong. We want local law enforcement to build trust within the communities they protect and serve.”

In his brief, AG Becerra argues that the state has a strong interest in ensuring public safety by “maintaining an effective law enforcement system.”  He writes, “Like many local law enforcement agencies in California and throughout the Nation, the State has concluded that public safety is best protected when all members of our community—regardless of immigration status—are encouraged to report crimes and participate in policing efforts without fear of immigration consequences.

“California law reflects this faith in community policing by promoting a relationship of trust and engagement between law enforcement and the people they protect, while also providing law enforcement agencies with the discretion to engage with federal immigration authorities in certain circumstances,” the AG continues in his brief. “It is in the best interest of the State to see that California statutes protecting these priorities are properly interpreted and enforced, and are not undermined by overbroad and unconstitutional federal directives.”

He calls Executive Order 13768, issued in January, “an aggressive attempt by President Trump to coerce state and local jurisdictions into participating in immigration enforcement, even in situations where that participation would undermine public safety and go against the best judgment of the law enforcement officials who are most familiar with local communities.”

That law would reinstate the federal “Secure Communities” program which enlists local law enforcement’s assistance “in detaining persons the federal government believes to be removable.”

It would direct “that eligibility for federal funds will depend on whether a jurisdiction willfully refuses to comply with 8 U.S.C. 1373, a federal statute regarding the sharing of “information regarding the citizenship or immigration status” of individuals with the federal government.”

He writes, “As the State with the largest immigrant population in the country—and with a state budget that relies on over $90 billion in federal funds annually—California’s interests would be directly affected by any decision construing this Executive Order. Although no California law conflicts with Section 1373, the Executive Order has created concern and confusion for residents and local jurisdictions within this State.”

State Senate President pro Tem Kevin de León (D-Los Angeles) added that the announcement from “Attorney General Jeff Sessions is nothing short of blackmail. When it comes to immigrants and sanctuary counties and cities, the Attorney General and the President are stuck on alternative facts.

“They are wrong about immigrants and wrong about what makes our communities safer. Data shows  that sanctuary counties are not only safer than comparable non-sanctuary jurisdictions but are also better off economically,” he said.

Senator de León added, “Instead of making us safer, the Trump administration is spreading fear and promoting race-based scapegoating. Their gun-to-the-head method to force resistant cities and counties to participate in Trump’s inhumane and counterproductive mass-deportation is unconstitutional and will fail.”

Back in January, many police chiefs across the nation worried that tying federal law enforcement grants to immigration cooperation would undermine community policing efforts.