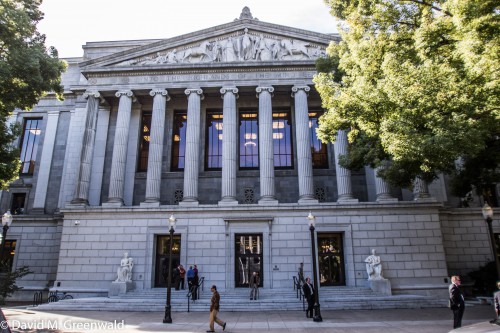 It was only a week ago that it seemed that the Gang Injunction had a decent chance of being overturned.  After all, the district attorney’s office, during the six-month gang injunction trial in the summer and fall of 2010, relied heavily on hearsay exceptions to admit evidence of an ongoing nuisance.

Last summer, the California Supreme Court closed some of those avenues to admit evidence in gang cases in the Sanchez ruling.  Adding to that is the challenge that was put forward by attorney Cathleen Williams last week – what she called a “lack of nexus” which was that the injunction basically represents the opinions of gang experts with no evidence to support these opinions.

As the appellants argued in their brief, “there were no actual witnesses who had first-hand observations or interactions which revealed the Broderick Boys’ composition and organization as a gang as defined by Engelbrecht – that is, an ongoing organization, association, or group in which ‘active’ members ‘participated or acted in concert:’ in other words, collaborated with each other on behalf of the gang entity over time.”

But in a ruling that somewhat defies belief – a 40-page ruling coming just six days after the hour-long oral arguments – the appellate court dismissed the challenge.

As the court notes, the trial court and Judge Kathleen White, following a lengthy trial, “found Broderick Boys is a criminal street gang which, through its members, creates a public nuisance in the safety zone by engaging in violent assaults, robberies, trespass, theft, illegal possession of weapons, possession of drugs for sale, ‘tagging’ public and private property with gang symbols, displaying gang symbols and signals to intimidate residents, and threatening and retaliating against persons perceived to have disrespected the gang.”

The seven-year injunction is actually set to expire next year and there is speculation that it will not be renewed.

“Appellants argue evidentiary error, insufficiency of evidence, constitutional claims, and miscellany,” the court writes.  “They fail to show prejudicial evidentiary error, yet appear to assume in their substantial evidence argument that we should disregard the evidence they challenged.”

The court continues: “Appellants misstate facts and law (despite taking almost a year to prepare the opening brief) and fail to support each factual assertion in their brief with a citation to the record, as required by California Rules of Court, rule 8.204(a)(1)(C).  Appellants’ reply brief acknowledges the opening brief’s factual misstatements and defects but dismisses them as inconsequential and nonprejudicial to plaintiff.  Appellants thus miss the point that they have the duty on appeal to state the evidence fairly, in the light most favorable to the trial court’s ruling, and record citations are for the benefit of the reviewing court as well as the respondent.”

The court notes that the appellants submitted 380 pages of the initial briefing, to which the AG’s office responded with their own “458-page rambling respondent’s brief.”

The court continues, “Despite appellants’ defects, we nevertheless endeavor to address their contentions,” the court writes with clear aggravation – probably at both sides.

At least in oral argument, what the appellants argued was more fundamental.  Arguing the lack of showing of any evidence of acting in concert or of an ongoing organizational structure, for example, Ms. Williams pointed to the fight at Memorial Park, which the Vanguard had previously reported on in great detail.  The point she makes is that there is no evidence of continuing collaboration.  The gang members got together, had a fight, committed assaults and crimes, yelled gang slogans, etc.

The court continues, writing that “much of appellants’ briefing hinges on the flawed premise, unsupported by authority, that the relative success of the preliminary injunction in reducing nuisance activity must inure to appellants’ benefit, commanding a conclusion that there is no longer an ongoing need for injunctive relief.”

However, the court responds that “a permanent injunction is appropriate where the misconduct is ongoing or likely to recur and, while a permanent injunction may be inappropriate where the defendant discontinued the misconduct voluntarily and in good faith, compliance with a court order (here, the preliminary injunction) does not constitute voluntary discontinuation.”

The court noted the new ruling from the Supreme Court, where the Court held “a gang expert cannot base an opinion on the assumed truth of case-specific facts that are inadmissible hearsay for which no independent competent evidence is adduced.”

The appellants had argued that “the People relied entirely upon police employed experts and the inadmissible hearsay evidence introduced through them ‘not for the truth of the matter stated,’” as well as other improperly admitted hearsay.

Throughout the trial, attorneys for the alleged Broderick Boys gang members “objected to the inadmissible hearsay cited by the experts for precisely the reasons outlined by Sanchez.”

The appellate brief argues, “Appellants’ counsel objected that this testimony constituted hearsay and stated ‘there’s no exception for it, and it’s being offered for its truth right now.’ The trial court denied the objection, stating that the hearsay was being offered not for the truth of the matter stated but rather ‘as the basis for his opinion.’”

As the brief notes notes, “As it turned out, on the basis of this muddled record, the trial court ruled that almost one hundred people who were not shown to collaborate in any ongoing common enterprise or on behalf of any ongoing group were collectively liable for over 108 crimes and incidents during a ten year period, crimes which cumulatively were held to be a public nuisance.”

The court writes, “To avoid potential complications that might otherwise arise in light of Sanchez, we focus in this appeal on evidence that did not depend on experts’ assuming the truth of case-specific hearsay not proven by independent competent evidence or subject to a hearsay exception –, e.g., records of criminal convictions, trial testimony or spontaneous statements by victims, and non-case-specific hearsay about gang culture.  We reject post appellants’ suggestion that evidence improperly admitted may have been the deciding factor in the trial court’s decision.”

Based on that, they affirm the decision.

Share:
Tags:3rd DCAGang InjunctionWest SacramentoYolo County District Attorney
Previous : Park Department: An Apparent and Sneaky About-Face on Neighborhood Efforts to Care for Parks
Next : Can We Trust ICE to Tell the Truth to Local Officials?