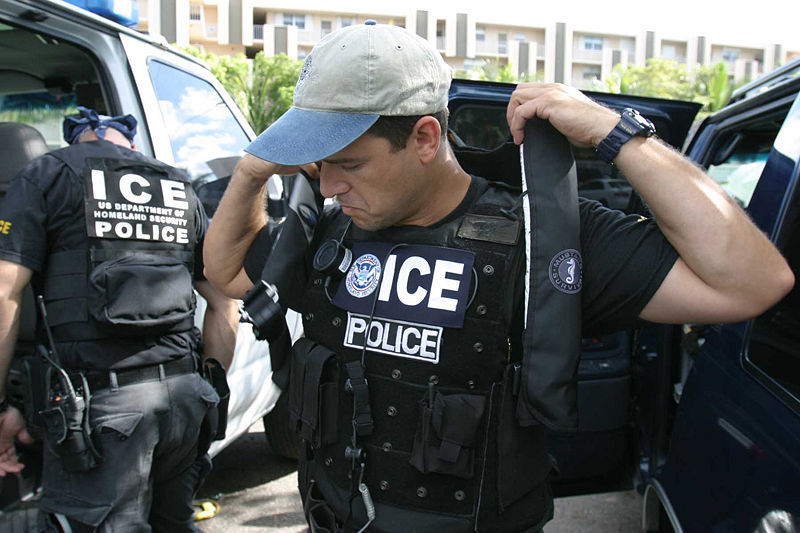 California’s Supreme Court Chief Justice Tani Cantil-Sakauye, in a letter to the Trump administration, urged them to stop using immigration officials to “stalk” undocumented immigrants in state courthouses in order to make arrests.

“Courthouses should not be used as bait in the necessary enforcement of our country’s immigration laws,” she wrote in a letter to Attorney General Jeff Sessions and Homeland Security Secretary John F. Kelly.  “Our courthouses serve as a vital forum for ensuring access to justice and protecting public safety.”

Chief Justice Cantil-Sakauye, from Sacramento and a UC Davis Graduate and Law School Graduate, an appointee of former Governor Arnold Schwarzenegger, is considered one of the more conservative justices on the state’s high court.  But she clearly saw this as a threat to judicial independence, as well as to the ability of the court system to get people to participate.

The letter follows a report in The LA Times from Thursday, claiming “in the past few weeks, attorneys and prosecutors in California, Arizona, Texas and Colorado have all reported teams of ICE agents — some in uniform, some not — sweeping into courtrooms or lurking outside court complexes, waiting to arrest immigrants who are in the country illegally.”

ICE (Immigration and Customs Enforcement) officials have defended the tactic, claiming that they make arrests in courthouses only when all other options have been exhausted. But others are pushing back, fearing that ICE’s increased presence in courthouses will deter other immigrants without legal status from appearing in court to testify as witnesses or to answer warrants, which ultimately could endanger prosecutions.

San Francisco DA George Gascón called the tactic “very shortsighted,” stating that immigrants who are undocumented could simply avoid court out of fear of being arrested.

“The chilling impact that has on an entire community is devastating,” he said.

“As Chief Justice of California responsible for the safe and fair delivery of justice in our state, I am deeply concerned about reports from some of our trial courts that immigration agents appear to be stalking undocumented immigrants in our courthouses to make arrests,” the chief justice wrote in Thursday’s letter.

“Our courts are the main point of contact for millions of the most vulnerable Californians in times of anxiety, stress, and crises in their lives. Crime victims, victims of sexual abuse and domestic violence, witnesses to crimes who are aiding law enforcement, limited-English speakers, unrepresented litigants, and children and families all come to our courts seeking justice and due process of law. As finders of fact, trial courts strive to mitigate fear to ensure fairness and protect legal rights. Our work is critical for ensuring public safety and the efficient administration of justice,” the letter continued.

“Most Americans have more daily contact with their state and local governments than with the federal government, and I am concerned about the impact on public trust and confidence in our state court system if the public feels that our state institutions are being used to facilitate other goals and objectives, no matter how expedient they may be.

“The federal and state governments share power in countless ways, and our roles and responsibilities are balanced for the public good. As officers of the court, we judges uphold the constitutions of both the United States and California, and the executive branch does the same by ensuring that our laws are fairly and safely enforced.

“But enforcement policies that include stalking courthouses and arresting undocumented immigrants, the vast majority of whom pose no risk to public safety, are neither safe nor fair. They not only compromise our core value of fairness but they undermine the judiciary’s ability to provide equal access to justice,” the justice said. “I respectfully request that you refrain from this sort of enforcement in California’s courthouses.”

The letter arose after attorneys working courthouses across the state have complained that immigration officials have been stalking and arresting immigrants as they show up at court.

The ACLU issued a statement commending the chief justice “for seeking to ensure that immigrant residents can access California courts without fear that doing so will put them at risk of deportation.”

As the ACLU has documented, “immigration agents have repeatedly targeted courthouses to arrest people who are there to access court services or comply with their legal obligations. These actions deter residents from accessing critical services, such as restraining orders and marriage licenses, and impede the administration of justice.”

They added, “We urge Immigration and Customs Enforcement to follow the chief justice’s recommendation and cease courthouse arrests that undermine public safety in California. Courthouses must be a safe space. Period.”