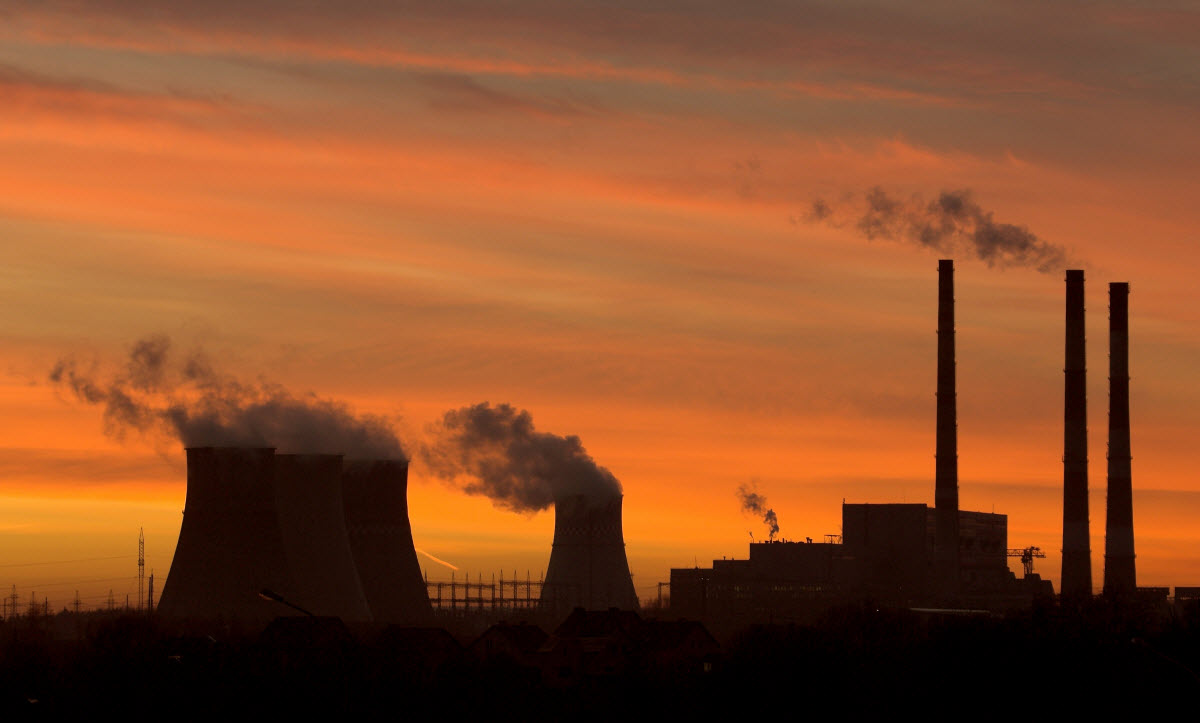 In so doing, the President indicated that the U.S. had no intention of meeting commitments to curb carbon emissions and pollution.  He directed the EPA to begin the lengthy process for withdrawing from the Obama “Clean Power Plan.”

The New York Times reports this morning that China is likely to take the lead on climate change policies.

Writes the Times, “it is far likelier that the world will see China pushing the United States to meet its commitments and try to live up to the letter and spirit of the 2015 Paris Agreement, even if Mr. Trump has signaled he has no intention of doing so.”

The Times quotes Barbara Finamore, senior lawyer and Asia director at the New York-based Natural Resources Defense Council: “They’ve set the direction they intend to go in the next five years,” she said of China. “It’s clear they intend to double down on bringing down their reliance on coal and increasing their use of renewable energy.”

She added, in reference to the economic development blueprints drawn up by the Chinese government, “China wants to take over the role of the U.S. as a climate leader, and they’ve baked it into their five-year plans.”

California’s governor and attorney general were quick to respond to the Trump announcement.

“Dismantling the Clean Power Plan and other critical climate programs is profoundly misguided and shockingly ignores basic science. With this move, the Administration will endanger public health, our environment and our economic prosperity.

“Climate change is real and will not be wished away by rhetoric or denial. We stand together with a majority of the American people in supporting bold actions to protect our communities from the dire consequences of climate change.

“Together, California and New York represent approximately 60 million people – nearly one-in-five Americans – and 20 percent of the nation’s gross domestic product. With or without Washington, we will work with our partners throughout the world to aggressively fight climate change and protect our future.”

According to a release, “California and New York lead the nation in ground-breaking policies to combat climate change. Both states – which account for roughly 10 percent of greenhouse gas emissions in the United States – have adopted advanced energy efficiency and renewable energy programs to meet and exceed the requirements of the Clean Power Plan and have set some of the most aggressive greenhouse gas emission reduction targets in North America – 40 percent below 1990 levels by 2030 and 80 percent below 1990 levels by 2050. California and New York will continue to work closely together – and with other states – to help fill the void left by the federal government.”

“We won’t hesitate to protect those we serve—including by aggressively opposing in court President Trump’s actions that ignore both the law and the critical importance of confronting the very real threat of climate change.”

Attorney General Becerra added, “I grew up knowing that I could drink clean water and breathe clean air. I want every parent to be able to say the same thing for their children. That’s what makes a place worth living in, and that’s worth fighting for.”

The EPA adopted the Clean Power Plan through a multi-year stakeholder process that drew heavily on the experience of states and utilities in reducing power plant greenhouse gas emissions. A number of states have already taken a leading role in reducing greenhouse gas emissions by moving forward with their own programs. These states recognize that, on such a crucial issue that is already costing taxpayers billions of dollars in storm response and other costs, state action alone will not be enough and strong federal actions like the Clean Power Plan are needed.

In November of 2015, a coalition of 25 states, cities and counties intervened in defense of the Plan against legal challenge in the D.C. Circuit Court of Appeals. The court heard oral argument en banc for a full day in late September; a decision is expected soon.

On December 29, 2016, a broad coalition of states and localities called on President-Elect Trump to continue the federal government’s defense of the Clean Power Plan in a letter, urging him to reject “misguided advice” from a group of Attorneys General led by West Virginia to discard the Clean Power Plan.

– Greenhouse Gas Emission Reductions: Established ambitious greenhouse gas emission reduction targets to reduce emissions 40 percent below 1990 levels by 2030 and 80 percent by 2050. These targets have made New York a leader across the country in fighting climate change.
– Regional Greenhouse Gas Initiative (RGGI): Spearheaded the formation of the successful RGGI cap-and-trade program between northeast and mid-Atlantic states, led effort to reduce RGGI’s carbon emission cap by 45 percent in 2014, and recently called for an additional cap reduction of at least 30 percent between 2020 and 2030.
– Reforming the Energy Vision: Established a comprehensive energy strategy to make the vision for a clean, resilient, and affordable energy system a reality, while actively spurring energy innovation, attracting new jobs, and improving consumer choice.
– Clean Energy Standard: Established the most comprehensive and ambitious clean energy mandate in the state’s history, requiring that 50 percent of electricity in New York come from renewable energy sources like wind and solar by 2030.
– Clean Energy Fund: Established a $5 billion fund that is jump-starting clean-tech innovation, mobilizing private investment, capitalizing the nation’s largest Green Bank, and helping eliminate market barriers to make clean energy scalable and affordable for all New Yorkers.
– Coal-Free New York: Committed to close or repower all coal-burning power plants in New York to cleaner fuel sources by 2020.
– Offshore Wind: Approved the nation’s largest wind energy project off the Long Island coast in 2017 and made an unprecedented commitment to develop up to 2.4 gigawatts of offshore wind power by 2030.

“These efforts complement California and New York’s ongoing efforts to broaden collaboration among subnational leaders on climate change, including through the Under2 Coalition – a pact among cities, states and countries around the world to limit the increase in global average temperature to below 2 degrees Celsius in order to avoid potentially catastrophic consequences. California and New York are among the Under2 Coalition’s 167 jurisdictions representing more than one billion people and $25.9 trillion in combined GDP – more than one-third of the global economy,” a release stated.