This article addresses two claims that have been made by some Davis City employees according to confidential sources:

1) Davis unfairly discriminates against employees with Hispanic backgrounds by proportionately hiring fewer Hispanics than are represented in the regional population. Those Hispanics that are hired are compensated at lesser rates and promoted less often than their non-Hispanic counterparts.

2) Davis is relying more and more on temporary labor workers; many of whom are paid close to minimum wage and often terminated at or near the 90th day of their employment in order to avoid having to pay them benefits otherwise available to full-time employees.

The website TransparentCalifornia.org reports on all municipal employment in California. At the end of 2015 (the latest year for which data is available), the City had 306 permanent full-time employees with annual payroll and benefit costs of about $36,000,000. 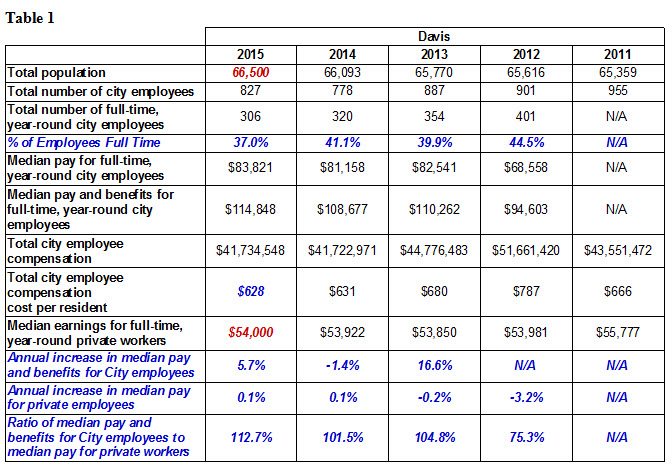 Permanent full-time City employees are compensated very, very well. The average salary (without benefits) of a City of Davis employee in 2015 was was $83,821. This is 5.1% greater than the average salary for an Assistant Professor at UC Davis in 2016 of $79,721 and 55.2% greater than the estimated average median salary of all private sector workers in the Davis area of about $54,000.

For purposes of ethnicity determination, Asian and Hispanic were identified on the basis of the employee’s surname as shown in the employee lists below in Appendix A. Black employees were identified by other employees familiar with their ethnicity. All of employees were presumed to be White/Other. Obviously this methodology will incorrectly identify and mischaracterize some ethnic minorities which are a limitation of this study and will introduce some level of error. With that caveat, following are statistics of compensation paid to various employee ethnic groups. 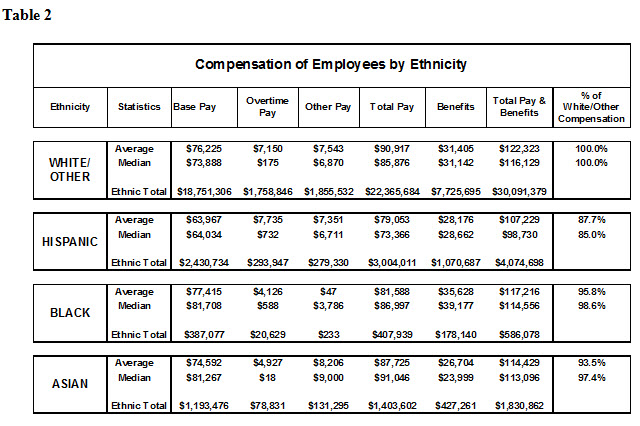 Following are the number of full-time City of Davis employees of different ethnic backgrounds along with their pay distribution. 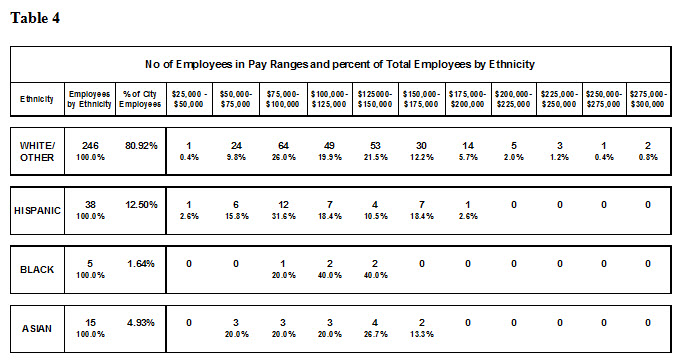 And while the number of Asians and Blacks in the City-employee population is substantially less than the comparable percentage of these ethnic groups in the City- and County-wide populations, they receive average total compensation almost equivalent to their white counterparts employed by the City. The number of Asians in the populations is also influenced by the large number of Asian students at UC Davis so direct comparisons to employment representation by Asians in City of Davis employment compared to available private sector workers is not accurate.

The distribution of employee compensation by ethnicity are displayed in the following graphs: 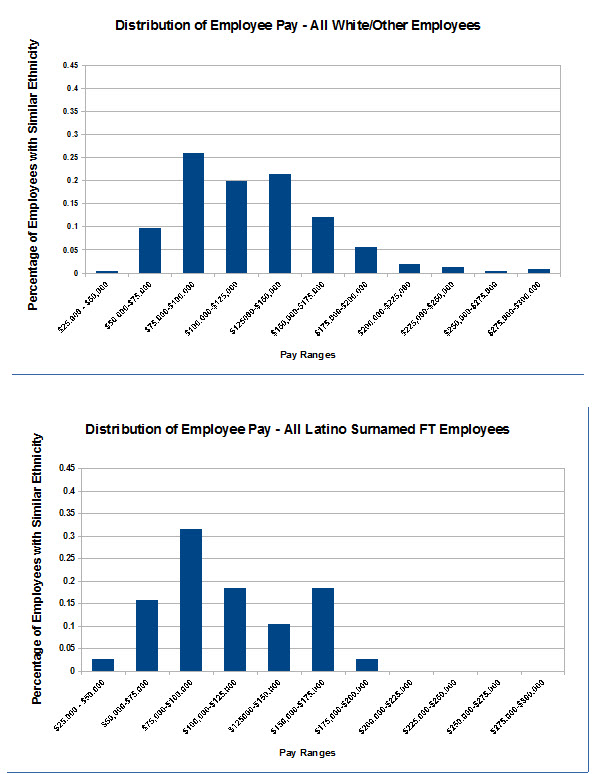 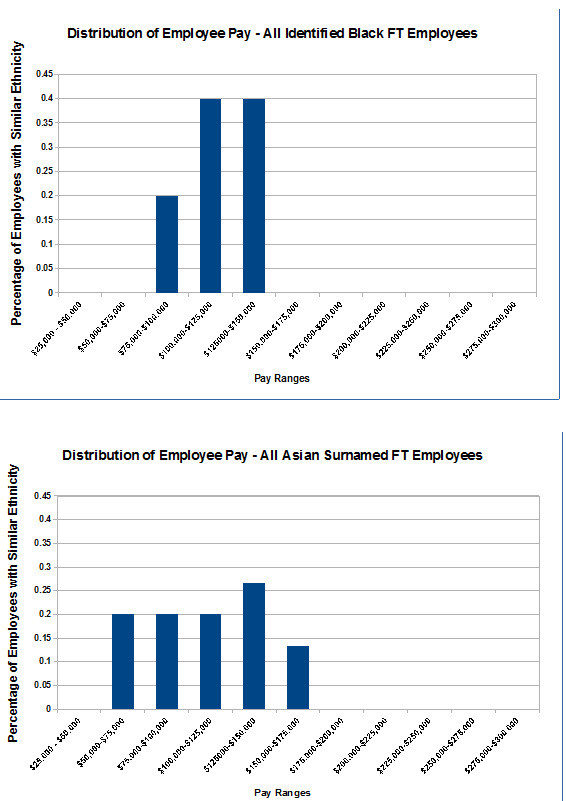 Based on this analysis, it can be justifiably argued that Hispanic workers in the City of Davis are numerically underrepresented based on their ethnicity in the larger regional population AND receive substantially lower compensation as a group than other ethnic groups employed by the City of Davis.

Use of Part-Time vs. Full-Time City Employees

Part-time temporary workers do not receive benefits and typically are laid off (and often immediately rehired) after 90 days to deny them the right to such benefits. This is an administrative tactic most famously employed by Walmart and other large retailers to avoid the additional costs associated with full-time employment such as the provision of medical benefits under Obamacare. While these tactics are often decried by progressive labor activists, their ire over such abusive worker employment strategies is typically directed to larger retail and food-service establishments.

Following are the percentages of temporary, part-time workers employed by the cities of Davis, Woodland, and West Sacramento from 2011 through 2015 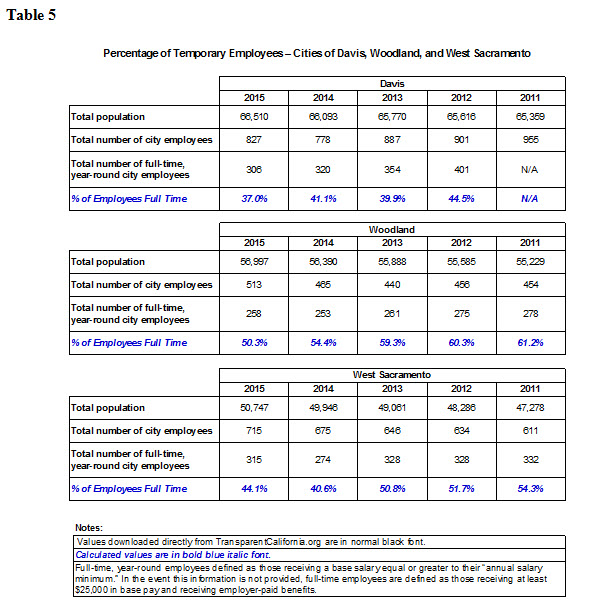 Based on this analysis, it can be justifiably argued that the City of Davis is systematically increasing the percentage of part-time, temporary workers to a much greater extent that neighboring cities.

42 thoughts on “Is the City of Davis Guilty of Racism and/or Abusive Temporary Hiring Practices in City Employment?”