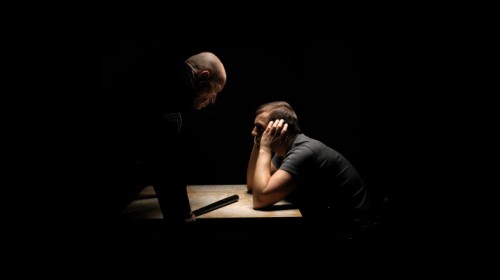 Confessions have been a big source of concern for a number of years, as the growing body of research shows that false confessions are one of the leading causes of wrongful convictions – and, in case after case, jurors have weighed confessions to crimes above even strong evidence of innocence.

We were particularly concerned a few years ago when it was shown that then 16-year-old Daniel Marsh was subjected to hours of interrogation under false pretenses, without the benefit of counsel or his mother, before he finally confessed to the gory details of the crime.  While we believe he did not falsely confess, we are concerned with the practices and techniques.

One of the most common techniques is called the “Reid Technique.”

Experts like Richard Leo have found fault with the technique, noting that it is “psychologically coercive” and contain three major errors: “1) Misclassification error occurs when the officer decides that an innocent person is guilty; 2) Coercion error occurs when, subjected to psychologically coercive factors (e.g., stress, fatigue, lengthy questioning, or mental or physical fatigue) the suspect feels that their only choice is to comply and admit guilt; 3) Contamination error occurs when, after admitting guilt, the police help create a narrative of the crime that includes facts than an innocent person would not know.”

Two weeks ago, Wicklander-Zulawski & Associates, who are among the leaders in interrogation training services for federal government agencies, law enforcement organizations and corporations, announced that they will no longer train in the Reid Method.

In a press release they noted, “A major city police department recently contracted with WZ to teach this exact combination of industry best practices in seminars for their new detectives. This customized course was designed to provide progressive, comprehensive training in multiple non-confrontational interviewing techniques with a focus on obtaining truthful information and admissions. It will now become WZ’s flagship seminar for law enforcement.”

“It’s human nature to deny and defend oneself. Confrontation is not an effective way of getting truthful information,” said WZ President and CEO Shane Sturman, CFI. “Rather than primarily seeking a confession, it’s an important goal for investigators to find the truth ethically through a respectful, non-confrontational approach.”

Mr. Sturman added, “WZ has dedicated instructional blocks to educate detectives on the causes of false confessions and the risks of utilizing improper interrogation methods. In future classes, WZ will only discuss the Reid Method in effort to highlight potential risks posed in obtaining a false confession, or to illustrate the major advantages of using the WZ Non-Confrontational Method.”

This is the key – the industry is acknowledging the technique is problematic.

In their release they write:

“Approximately 29% of DNA exonerations in the US since 1989 have involved false confessions to the crime. A combination of factors could cause innocent persons to confess to a crime they did not commit. Academics have chronicled the commonalities among these cases and found the suspect is often mentally or intellectually challenged, interviewed without an attorney or parent, interrogated for over three hours, or told information about the crime by the investigators.

“In addition, the officers in these cases were often trained in the Reid Technique of Interview and Interrogation. Although one might argue that the officers misused their training in the Technique, many courts and law enforcement agencies are moving away from this confrontational approach to non-confrontational styles.

“With the availability of DNA evidence, and with efforts from organizations such as The Innocence Project, there has been a heightened awareness of the danger of improper use of interrogation tactics. Wrongful convictions, exonerations and false confessions have become a more global point of discussion, and justifiably so.

“Although the Reid Method can be a useful tool in obtaining a confession, cases have shown that the improper use of the method, combined with the intense emotional pressure put on the suspect, can lead to catastrophic results.

“The Reid Method has remained relatively unchanged since the 1970s, and it conflicts with the progressive nature of how people communicate today. The Reid Method does not reflect updates in our legal system and does not acknowledge the availability of scholarly work on the subject.”

Mr. Sturman concluded, “Because of the possible abuses inherent in the confrontational Reid style, we believe it is time to move away from the practices of the 1970s when it was developed.

“While the Reid Method has been successful in solving crimes over the years, there are serious pitfalls and significant risks associated with the incorrect application of the technique. WZ will remain a progressive, evolving organization dedicated to partnering with academics, attorneys, researchers, corporations, and law enforcement agencies around the world to ensure the tools we are teaching are ethical, moral and legally acceptable.”

The Marshall Project writes that “it jolted the investigative world this week when one of the nation’s largest police consulting firms — one that has trained hundreds of thousands of cops from Chicago to New York and federal agents at almost every major agency — said it is tossing out the Reid technique because of the risk of false confessions.”

Of course, not everyone agrees with this.

Joseph P. Buckley, the president of John E. Reid & Associates, which licenses the Reid method, said last week that Wicklander-Zulawski’s announcement was “very misleading and disingenuous” and added that the technique has consistently held up in court and that it is not “confrontational” except when evidence already suggests the suspect’s guilt.

Critics, however, argue that the Reid method creates confirmation bias in the minds of investigators while at the same time overwhelming a suspect to the extent that they can no longer separate truth from the investigators’ questions.

“At some point, the technique itself has to take responsibility,” said Saul Kassin, a professor of psychology at John Jay College of Criminal Justice and an expert on police interviews. “What Wicklander-Zulawski has realized is that once you start down the road of using trickery and deception, the misuses are inherent in that. There are no clear lines of, ‘This is a good amount of trickery, and this isn’t.'”