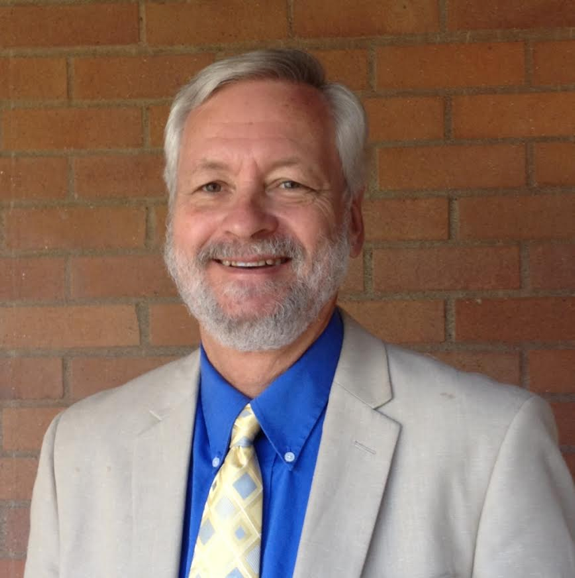 In the 1970’s downtown Portland was dying: poor air quality, empty store fronts, competition from suburban malls and office buildings with abundant parking. But now its Downtown is considered a model for the rest of country: a vibrant center of economic, cultural and social activity.  A great place to work and live.  What can Davis learn from the tactics that allowed this transformation?

On Sunday, March 19th  Robert Liberty, a key leader in Portland’s transformation will be in Davis to share this fascinating political, economic and civic-culture success story. He will provide us with ideas we might use in the update of Davis’s own core area plan that is just beginning. The talk will be followed by panel of local civic leaders and developers reacting to these ideas.

This important event will be held in City Hall Chambers from 6:30 to 8 PM. Tickets are available on DFF-Portland.Eventbrite.com. (watch for a possible venue change as the event is very popular and we want to have room for walk-in seating). This Davis Futures Forum event is co-sponsored by the City.  Tickets are free, but a donation will be requested at the door to support future such events.

Liberty is the Director of the Urban Sustainability Accelerator at Portland State University. There he uses his extensive experience to help communities like Davis develop and implement sustainability plans and policies. He knows Davis quite well: He is currently a consultant working on an analysis of possible redevelopment of the Davis District headquarters sited across from the Farmers Market.

Liberty began his career with his appointment as the first legal counsel of Thousand Friends of Oregon, a highly respected nonprofit founded in the early seventies by Governor Tom McCall.  At that time, Downtown Portland was falling into a downward spiral of urban decay, sprawl, and the multiple problems stemming from car-centered development in the region. Retail businesses were losing out to suburban malls, and the downtown area was violating federal air quality standards on average once every three days. The results of the changes implemented during the initial period were already evident 15 years later, with Portland being transformed into a highly recognized model for the livable community movement. It was attracting admirers from all over the country.  This transformation is quite amazing as in the early 1980’s real estate development dramatically slowed due to high interest rates during the later Carter/ early Reagan administration to curb inflation.

Most experts agree that there were two critical turning points that led to this unlikely transformation of Portland. One was the State’s urban growth boundary requirements, enacted in the seventies, which contained growth in urban areas and reduced sprawl.  The other was the leadership of a new Mayor of Portland who, in 1972, revamped the City’s governing structure to increase the level of citizen participation while initiating a Downtown Plan for the urban core.

By 1980, Portland’s urban core had begun to blossom, and an update of the Downtown Plan was needed to guide its scale and development.  The new plan addressed: 1) a mix of densities, activities, and land uses – especially retail and housing, 2) pedestrian amenities, 3) efficient management of parking resources and 4) increased transportation options.

City leaders since then have continued this pattern, implementing new plans and ordinances that have built on the success of the old, and helped Portland continue as a role model for many communities across the country.

Liberty’s talk will not be academic, but will be highlighted by his real world stories of navigating the local politics of development and community consensus building. He served as Executive Director of Thousand Friends of Oregon and later as an elected member of Portland Metro, the region’s highly admired planning agency – analogous to our SACOG.  His skills range from the technical, to the strategic, administrative, legal and political.

What is Davis’s Missing Ingredient?

Davis already has many of the advantages of Portland.  It has an urban growth boundary, (Measure J/R and County General Plan ag protection policies). An unusual range of transportation options for a small town, which includes buses, bicycle paths, pedestrian walks and even an inter-regional railroad station in our downtown.  Our highly successful Farmer’s Market serves as a magnet and foot traffic generator. We also have an active and engaged citizenry and business community.

The question for Davis is: What ingredients do we change…add…or remove…to change the current dynamic that does not seem to be working.  Why are there empty store fronts and few proposed new building project in downtown when so many external factors are in our favor: fast growth in our prime industry (the University), low interest rates, and being located at the peak time in the economic cycle?

Liberty’s talk will suggest some new ideas we might incorporate into not just our formal plan, but government process, or culture and NGO/civic structure.  To assure a seat at Liberty’s talk on Sunday at 6:30m, please obtain a ticket at Eventbrite: DFF-Portland.Eventbrite.com. Seats are free, but a contribution to support Davis Futures Forum is requested at the door.

This event is part of the Davis Futures Forum series, a university-city-community collaboration that has brought world-class urban planners to Davis. It is the fourth in the series that has so far has included Joe Minicozzi (Using property tax-land use analysis as economic tool), Chuck Mahron (Long term Municipal Sustainability impacts for new projects), and Daniel Parolek (form-based code).

A Transportation Timeline for Portland

This timeline shows the death….and rebirth of non-auto modes in the City. First with the formation of Tri-Met, a regional public transit system, then with the removal of freeways from the general plan, replacement of roads by parks in downtown.  The courage to do this hints at a broad civic consensus the old ways were not working.   Can Davis community find a consensus for similar rethinking of the status quote in its rewrite of a new Downtown Core plans? 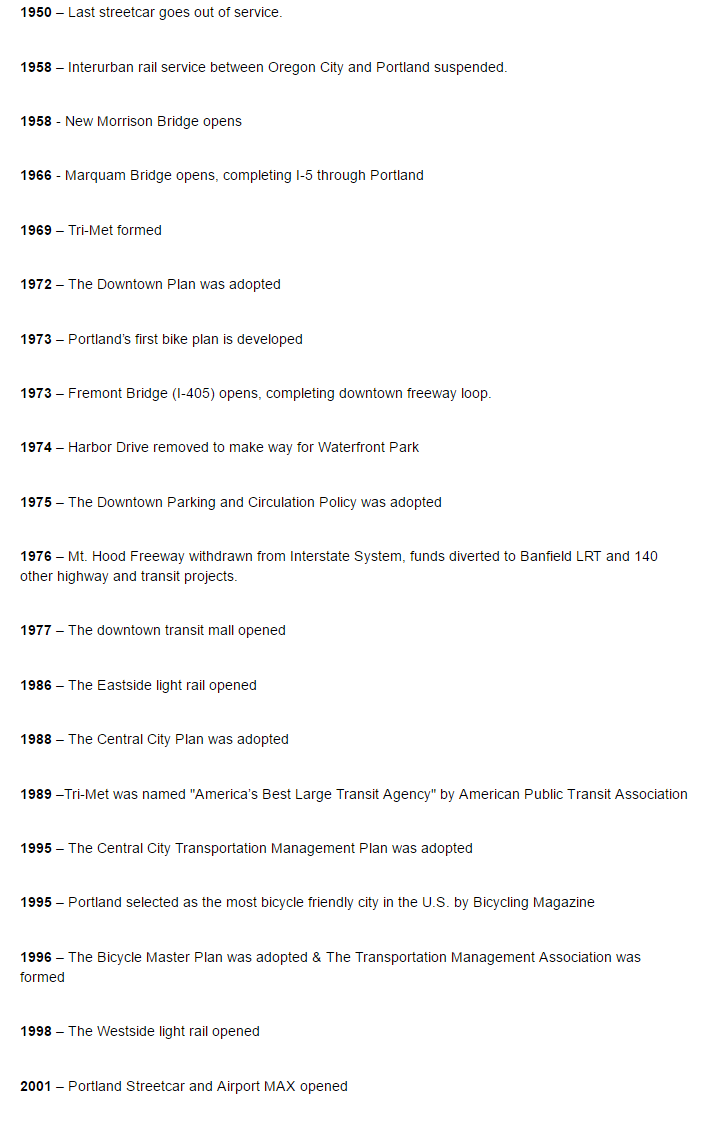 25 thoughts on “What is Davis’ Missing Ingredient?”