While 70 people showed up midday on Tuesday in Woodland to rally to celebrate the freedom of “GE,” the announcement on Monday seemed to calm the protest – reducing the numbers and altering its purpose.  The focus changed to thanking those who helped to free GE, who had been indefinitely confined as a 14-year-old in Yolo County for some time, before news of his detention created outrage which led to action to free him.

In a statement from Indivisible Yolo, the group that organized the event, “We rally to celebrate G.E.’s freedom and welcome him to Yolo, and equally to remember: he is not the only one. To the other refugee kids arbitrarily detained here- we have not forgotten you!

“Today a 14 year old refugee who walked across a continent to escape violence has been freed, sent to a loving foster home where he will get the chance to flourish that every kid deserves. He had earned asylum but was inexplicably detained, coming up on a year in jail for no crime until San Francisco Legal Services for Children and the UC Davis Immigration Law Clinic took on his case.”

The statement continued: “Reporters brought this injustice to light, then Indivisible Yolo took it directly to Rep. Garamendi’s staff, who worked tenaciously to get G.E. out of jail.  Yolo County truly stepped up to do right by this kid. We at Indivisible Yolo are overjoyed to be part of this victory, and we rally to welcome him to our community where kids from all over the world can grow up together.” 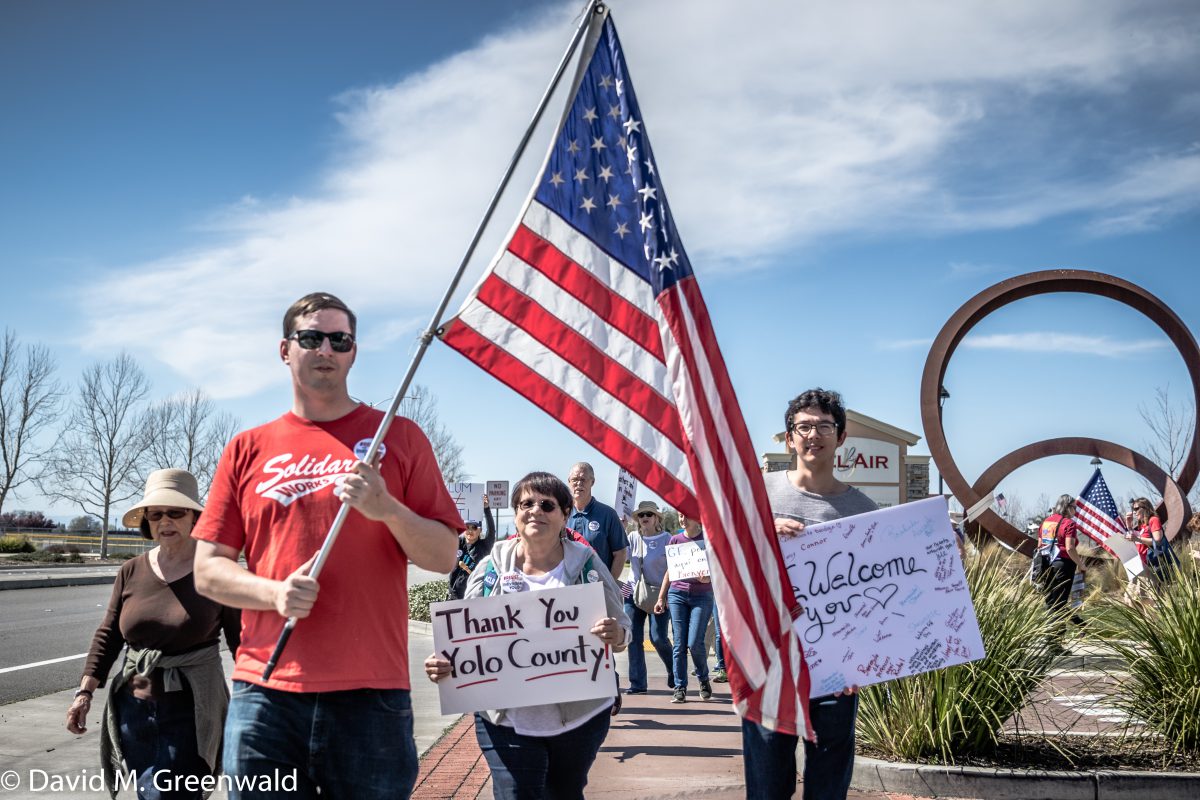 The statement read, “But we must remember that G.E. is not the only one. Two doors down from G.E.’s detention center there was a brand new high school, and he wondered if the students knew that kids a lot like them were locked up indefinitely so close by. According to recent court filings, there are several more. We want them to know that we aren’t going anywhere until each one of these kids gets fair treatment, and none remain forgotten and invisible.”

Seth Sanders, from Indivisible Yolo, noted at the rally that GE had “escaped this situation of abuse in Honduras, somehow walked on foot across half a continent, got picked up at a Texas border, got bounced around these detention facilities, and finally managed to get asylum by the federal government.”  He said they took him in on January 10 “and then nothing happened.”

The UC Davis Immigration Law Clinic and Holly Cooper were instrumental in getting him freed.

Mr. Sanders said, “Once it became clear that something was really wrong, Yolo County stepped up and they’re the ones that finally did the release and brought him to safety.  From what we hear, he’s in a really good place right now where he can really flourish.

“The reason we are still here is there are still kids that are invisible,” he said.

Holly Cooper said that two years ago they got together declarations of all the kids to show that there was a pattern there.  It was from that declaration that the Vanguard reported on several other potential cases that seem problematic.

There is concern that other children are not being granted custody hearings before the courts and judges.  They took it to court, they won, but there is a government appeal on April 18.

Emily Hill from Indivisible Yolo said “this was a heartbreaking story and it’s about more than just GE.  What’s important is the kids that are still in there.”

The primary mission of Indivisible Yolo is to put pressure on Congress to fight the Trump administration.  However, “the national Indivisible Team just issued a response this week to the immigration raids against immigrants and refugees.  That perfectly sums up our position.”

That statement read: “A priority for the Trump administration is to wage a concerted attack against immigrants and refugees…  This is not who we are, and this is not what the majority of Americans voted for.”

The statement continued, “Trump won’t stop terrorizing immigrants on his own—it is up to all of us to stop him. Fighting back on these attacks remains a top priority for Indivisible. We strongly believe that all of Trump’s anti-immigrant policies can be stopped by Congress. Indivisible will continue to pressure MoCs to do their job, to protect families from being torn apart, and to protect democracy from this aspiring tyrant. But protecting our communities will require an even greater commitment. To this end, we will support local efforts intended to shield immigrants and other vulnerable communities from the terror brought upon them by this administration.”

Desiree Rojas spoke as well.  “Let’s have a clear understanding that the privatization of prisons for immigrants came out of the Obama administration.”  She added, “The truth of the matter is that he is the deporter in chief and a lot of these practices of separating families, children clinging onto their parents and then pulling them away, lining them up as though this was Nazi Germany have been going since the middle of his term.”

She said that “the privatization of these prisons are filled up with families and these federal contracts.”

Seth Sanders said that, while this is a victory, there are others that remain.  “We rally to celebrate his victory but equally to remember, he’s not the only one,” he said.  He said that there is a new high school a few doors down from the detention center and that his advocates said the child was wondering “if the students there knew that kids a lot like them were locked up indefinitely.”

According to court filings, “we know that there are kids like this and we want them to know we’re not giving up until each of these kids get fair treatment and none of them are forgotten.” 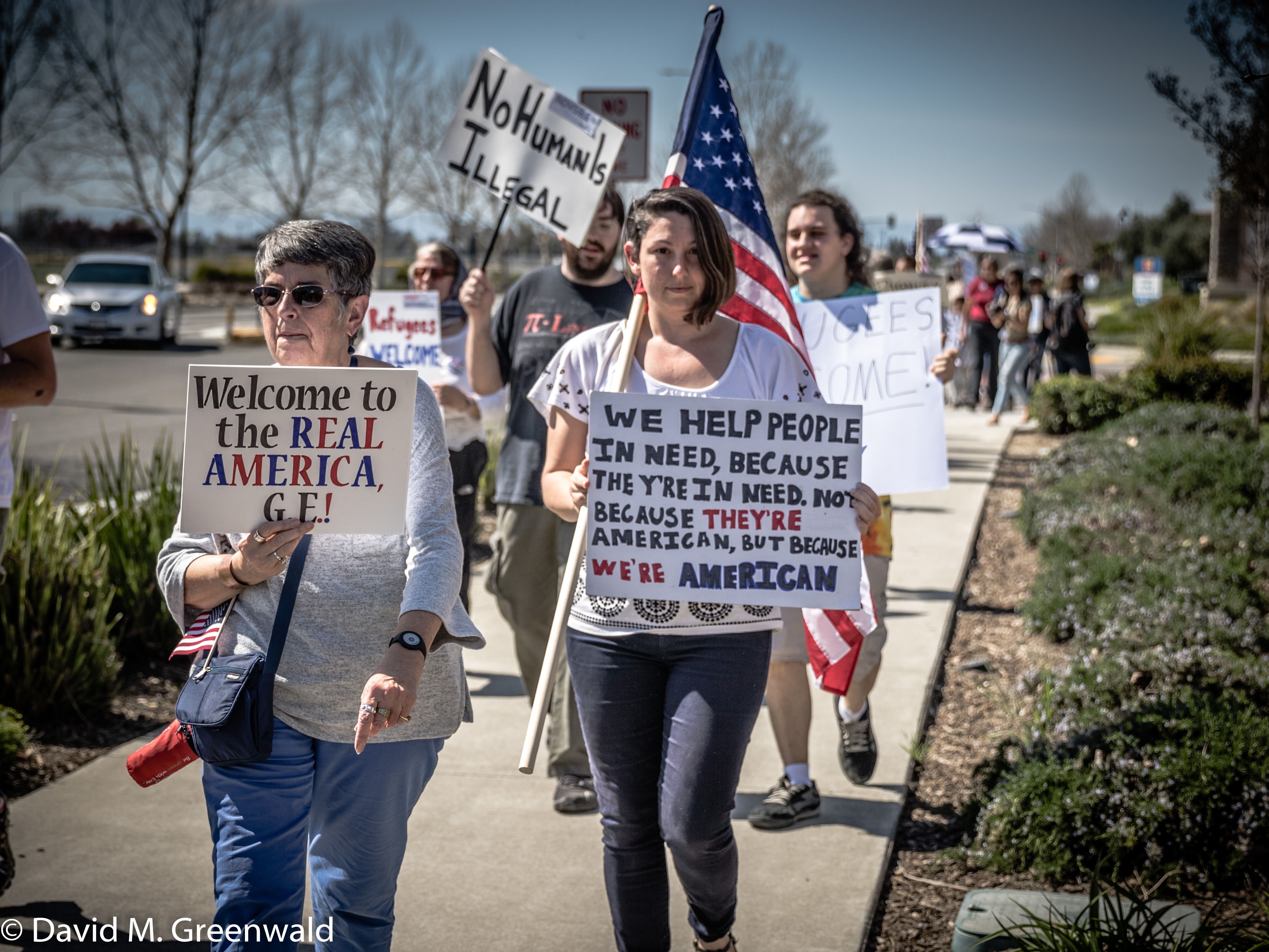 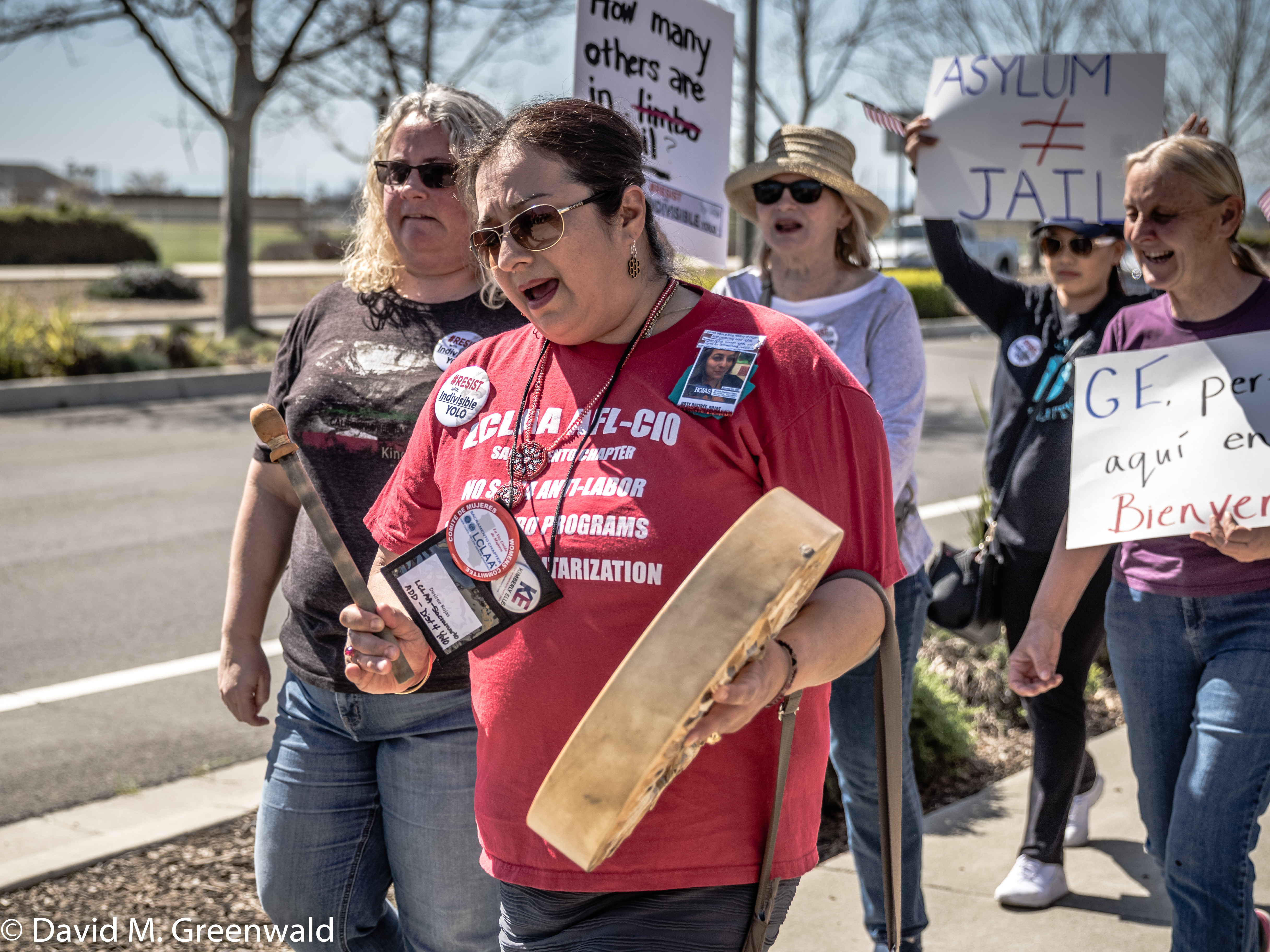 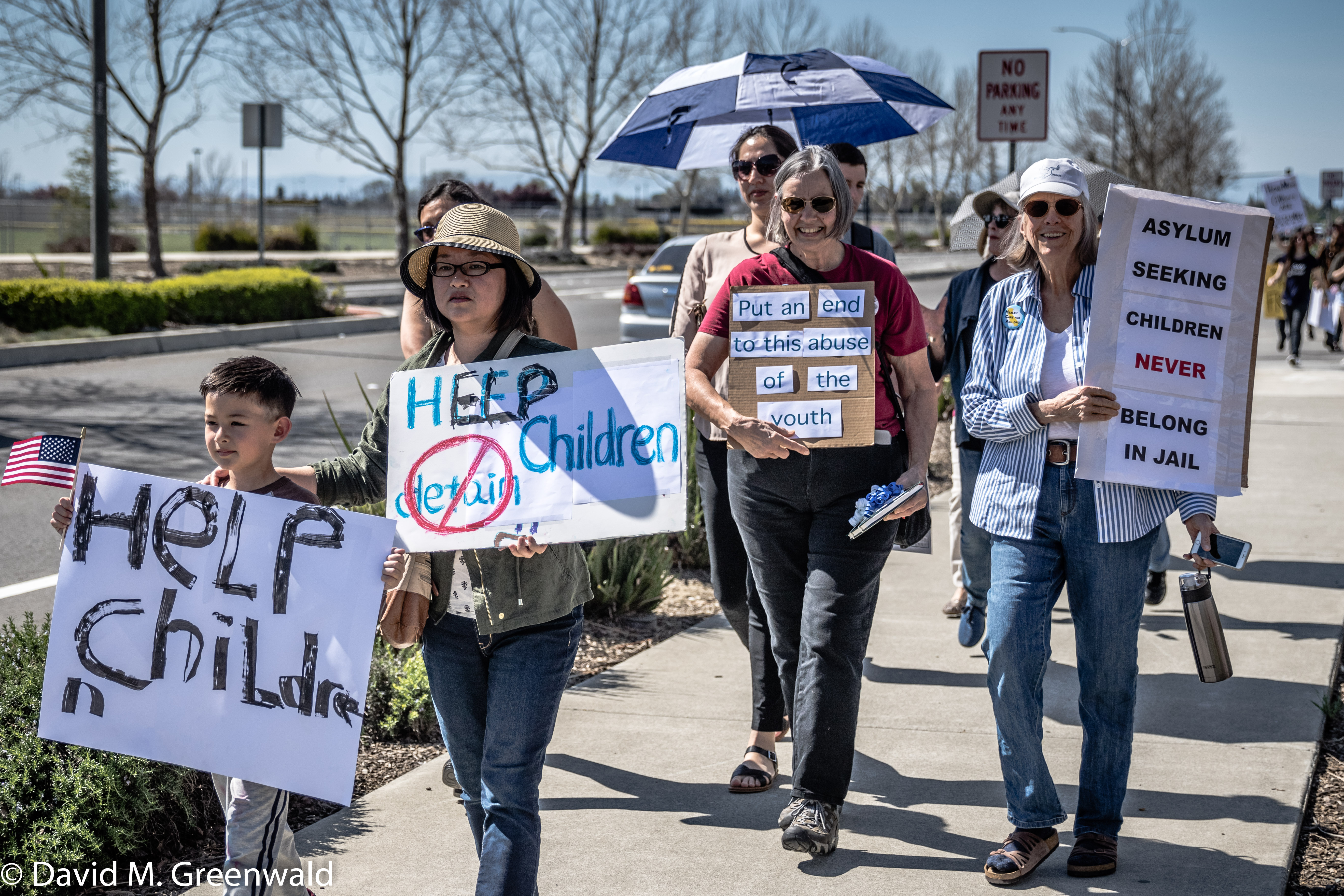 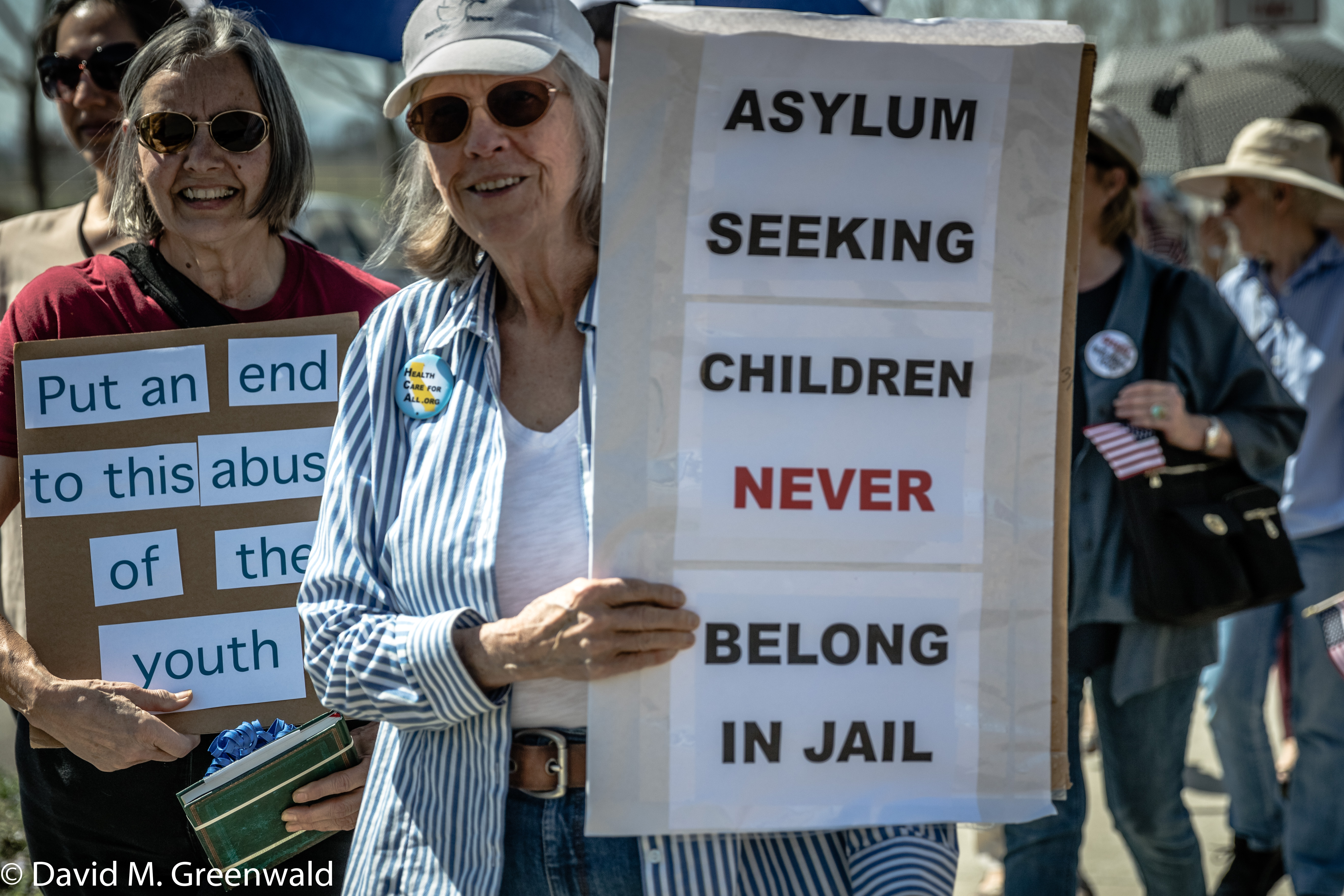 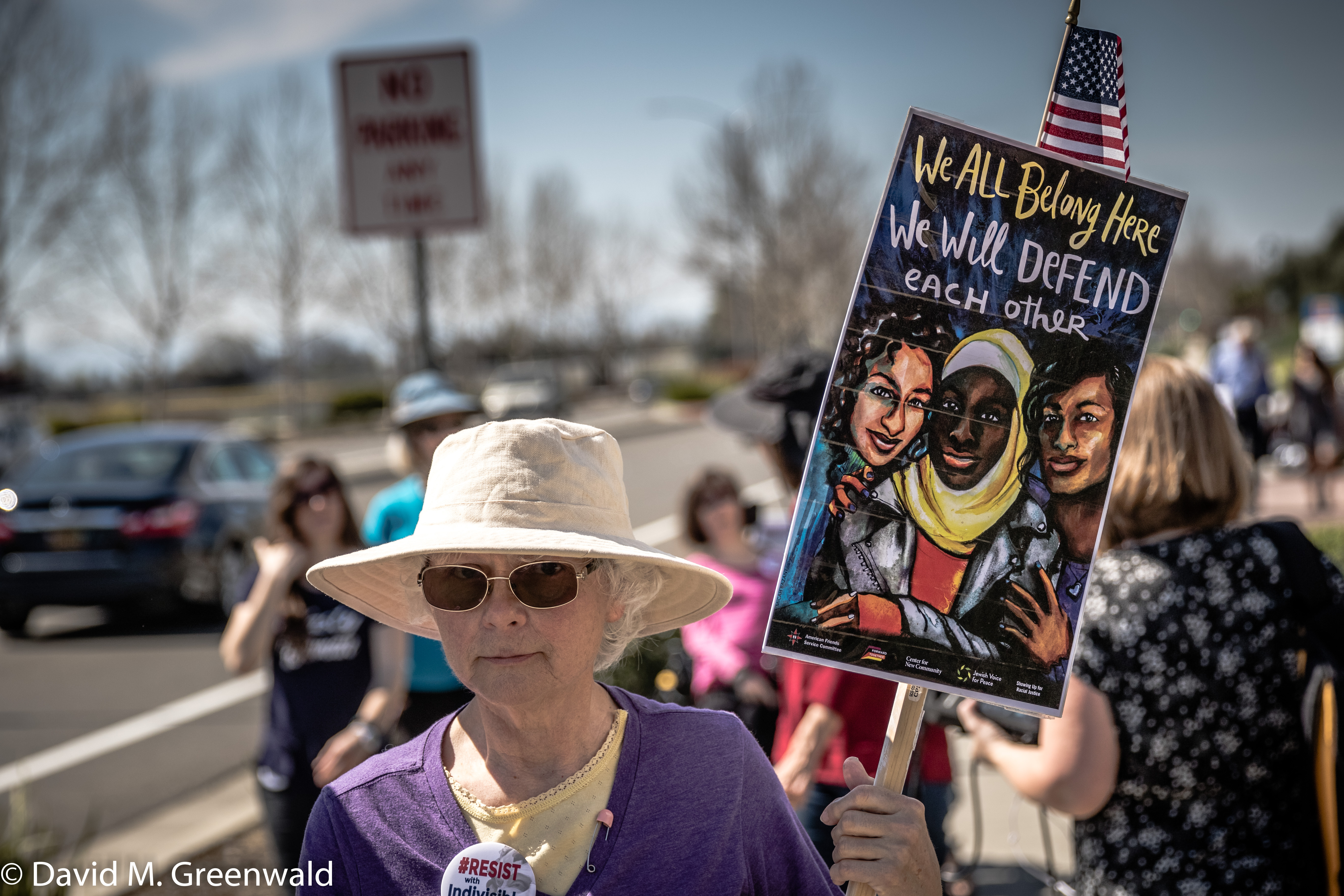 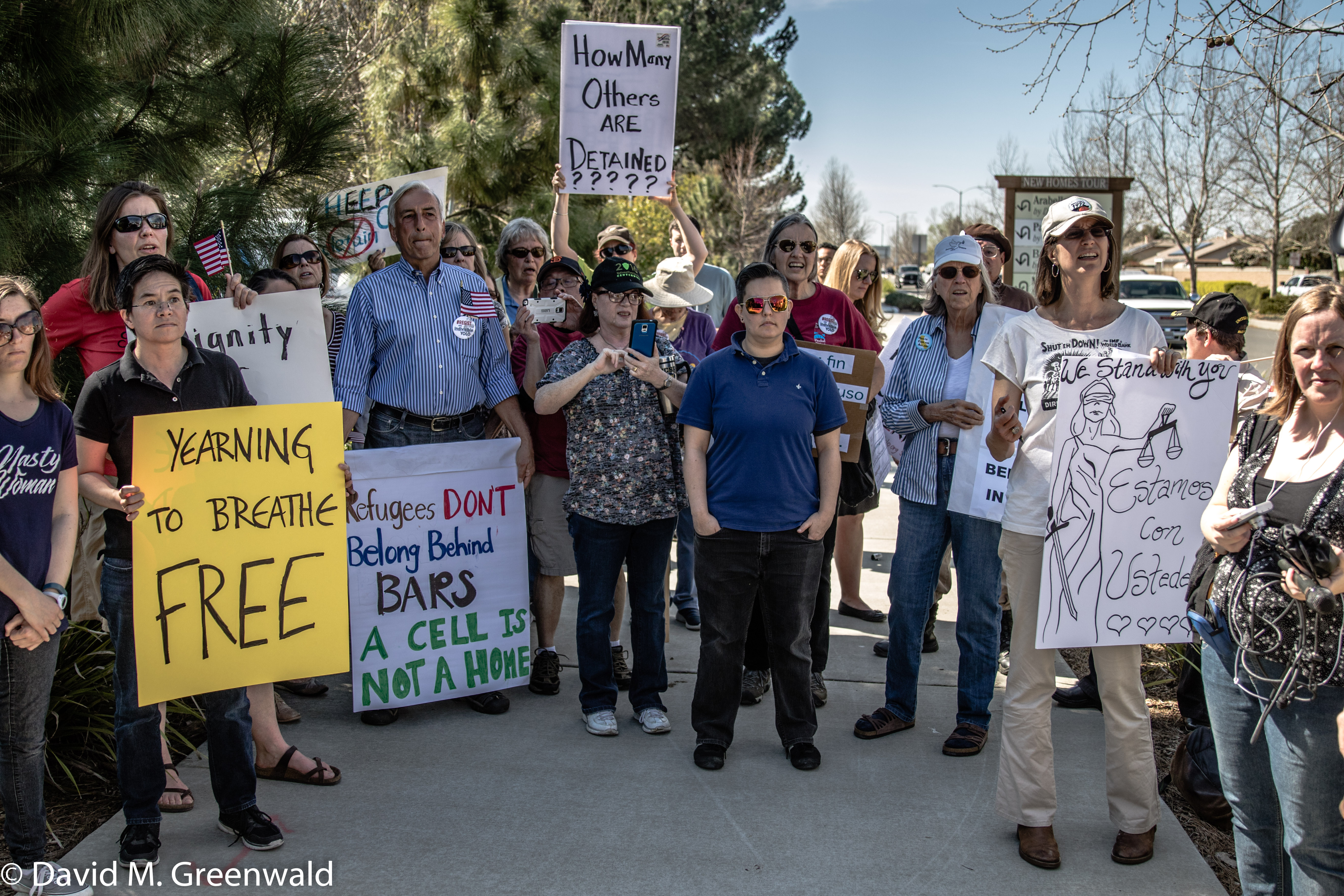 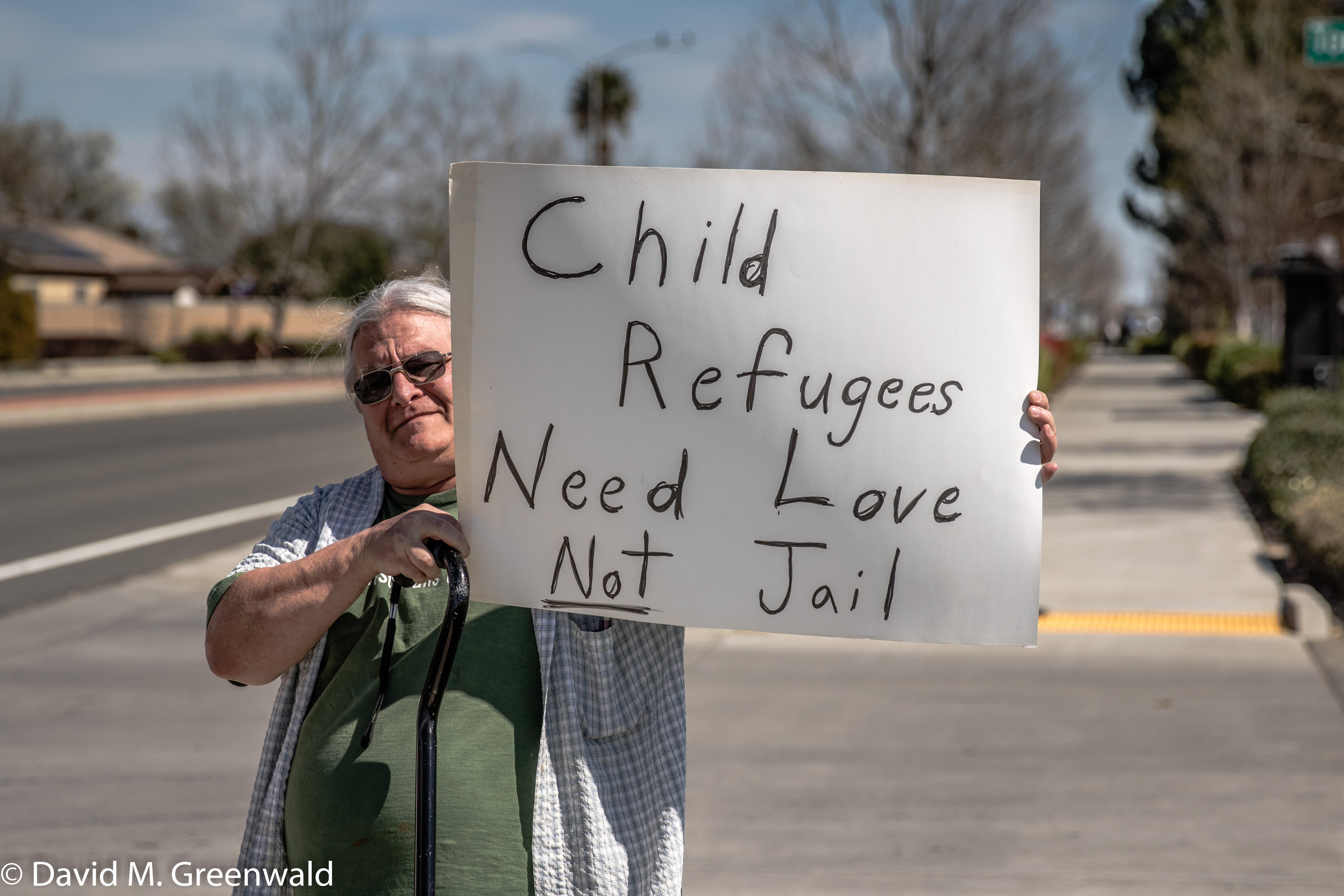