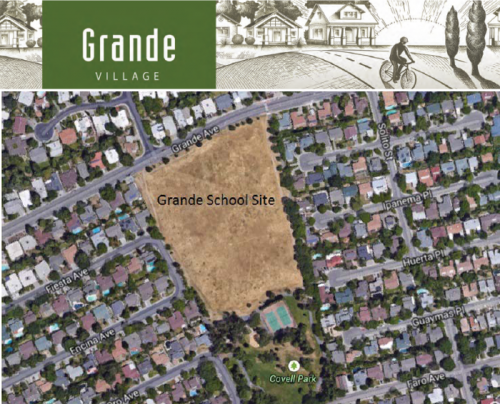 Yesterday’s article on the Grande Village affordable housing component had an interesting side discussion on an equity cap.  There was some concern that someone could purchase a home at the affordable rate and then flip it in a year at market value.

However, as the result of past problems with affordable housing being converted into market rate housing, the city has enacted restrictions that allow such units to remain “affordable” in perpetuity.

There is nothing unusual about the Grande arrangement.  For instance, a previous development, the Villages at Willow Creek, has four affordable ownership units.

According to information from the city, the annual appreciation caps range from 3.75 percent to 5.5 percent, depending on the unit.  There is nothing unusual about the Grande property in terms of appreciation caps.

One reader suggested that “enforcement is questionable at best, and the remedies, if caught, are nearly non-existent.”  That is something that warrants looking into.

Are these requirements perfect?  Perhaps not.  As the language above indicates, the appreciation rate is based in part on the average increase in Yolo County Area Median Income (which is slower than the cost of housing), plus a small component  for maintenance credit for upkeep of the unit.

This seems a reasonable effort to thread the needle between a zero equity affordable home – which would seem to lead to a de facto depreciation of home value and thus equity – and the complete disaster of 20 years or so ago.

A 2009 article by the Vanguard noted that that the “original requirements of the affordable housing ownership was that one could purchase a home at the affordable rate, hold onto it for two years, and then sell it at market value.  The result was a huge number of units that went from affordable to market rate.”

We quoted from an August 2002 Davis Enterprise article which noted, “The issues arose when Harrington presented at the July 24 council meeting Enterprise advertisements for four Wildhorse homes built two years ago as affordable  houses and being sold at market value. He was concerned about the ability of affordable  home owners being able to profit from sales after just two years of occupancy.

“Katherine Hess, planning and redevelopment administrator, reported to the council at its Aug. 1 meeting that the two-year occupancy requirement was the only restriction on the homes, so the owners were not violating any city policies. Cochran said today, though, that one of the home owners is moving out before the two-year mark, but that it is a legitimate exemption issued by the city.”

As then-Councilmember Harrington said at the time, “From my perspective, given what I’ve seen from my review of the city’s affordable housing  program over the last two and half years… We might as well not have one for the purchase of affordable  homes because what’s happening is tremendous city subsidy has been put into helping a few people buy homes which they later make a killing off of.”

The current solution, while not perfect, attempts to prevent excesses.

We can certainly debate the best approach here.

10 thoughts on “Monday Morning Thoughts: Why the Appreciation Cap on Grande Village Affordables?”