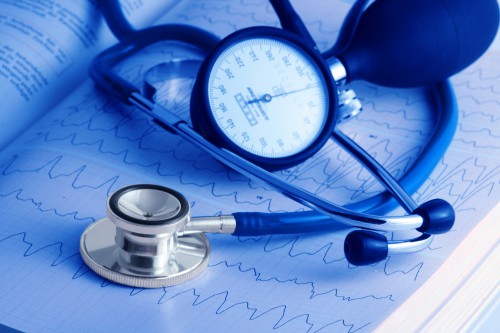 When Donald Trump promised that repealing the Affordable Care Act (ACA) would be a top priority, I always believed it would prove to be much more difficult than he thought at the time.  Sure – he could just repeal it, de-fund it, gut it, etc.  But that would have consequences – millions of them.

So the Republicans, wisely, decided to try to piece together a bill that would basically recast the ACA rather than really repeal it.  There were problems with the bill – as we noted, some groups of people would lose their coverage while others would pay more and get less.

Eventually though, it was the Republicans who ended up killing it.

On the other hand, maybe the left should not rejoice on this quite so much.  After all, what the failure might point to is the fact that the system is simply ungovernable.  Oh sure, President Trump, like President Obama, has made ample use of the executive order, but governing requires more finesse.  It requires compromise and sacrifice – and President Trump couldn’t even get his own party to buy into that, let alone reaching across the aisle.

For better or worse, President Trump came to Washington promising to “drain the swamp,” to reform the system.

As Harry Enten at FiveThirtyEight.com writes, “But the stunning failure of President Trump and Paul Ryan’s first legislative priority, the American Health Care Act, reveals that he underestimated a unique fracture of the modern Republican Party. Yes, moderate and very conservative Republicans were against the AHCA for very different reasons, making it difficult to find common ground.”

He adds that “there was also a second fissure that helped to take down the American Health Care Act. It was the same one that took down Eric Cantor and John Boehner and that has bedeviled government for years. Call it establishment versus anti-establishment, or belief in governance versus political purity, or fidelity to ideology over party, or more simply: the beliefs of the Freedom Caucus.”

The left has a similar split.  You have what I will call the liberals versus the progressives.  Yes, there are a few more moderate Democrats than there are moderate Republicans, but for the most part the split on the one hand has liberals who are basically establishment types – they supported Hillary Clinton in the primaries, they represent the establishment wing of the Democratic Party that backed Obama, they kept the establishment in charge of the DNC, etc.

Then you have the resurgent progressive wing of the party – the hard core Bernie Sanders supporters that have surged into prominence, in particular after the demise of Hillary Clinton on November 8.  These people want to drain the swamp too – but in their own way.

The year 2018 will be very interesting, as these groups get organized and mobilized.  We saw, locally, huge numbers of people showing up at events that in the past were largely ignored, and we saw a surge sweep in progressive delegates to the state convention – which has a chance to turn the establishment on its head.

A battle to watch will be Kimberly Ellis, who spoke last week at a local event and talked about the need to reform the Democratic Party.  She is running for state party chair against establishment liberal Eric Bauman.  The establishment was strong enough to prevail at the national level, but will they in California?

The bigger issue, however, is my chief concern – whether this country is still governable.  More and more this nation looks like two nations – the people get their news from different sources, they have different world views, and neither side is willing to compromise in order to govern.

The great irony is that the health care bill should have been a perfect place for compromise to occur.  At this point, we were not deciding whether to have a national health care system, but rather the form.

Republicans trying to get a compromise enacted couldn’t have reached across the aisle to see if there was some support for a modified version?  Democrats couldn’t have tried to work to fix some of the problems of the ACA?

At the end of the day, both parties are fractured and neither side is willing to work with the other – or so it appears.

If that is the case, Trump is probably going to find anything that requires congressional approval to be nearly impossible to achieve.  While that may serve the short-term interests of the left and the progressives, I worry about what it means in the long term.

23 thoughts on “Monday Morning Thoughts: What We Learned from the Failure of the Health Care Repeal”