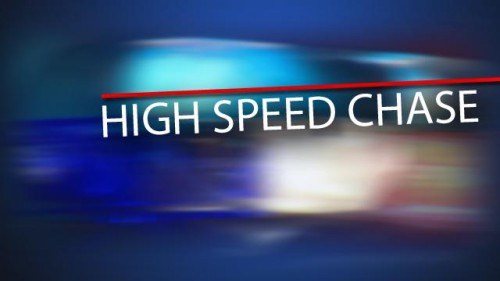 This weekend we reported on the mother of Matthew Gonzales, who is unhappy that Trevor Wright is being charged with the murder of her son following a fatal car crash after a high-speed pursuit.

Looking at the charges – murder, fleeing the scene of an accident, and innumerable gang charges – along with the fact that it was her son rather than Trevor Wright with multiple warrants, I think she has a point.  But ultimately the prosecution of a case is the call of the DA, and it is up to the defense to argue otherwise and the jury to decide if the prosecution is right.

Of more concern are two other aspects of this case – the lack of prompt medical attention, at least as alleged by the mother, and the decision to pursue the vehicle once the occupants attempted to flee.

The police reportedly held the suspects at gunpoint, while in the meantime Matthew Gonzales had a broken arm and his chest was caved in.  The mother explained, “They pleaded for the cops to help them, they said please help us and they had them at gun point. They weren’t even acknowledging the calls for help.”

This has been a frequent criticism of police in the case of officer-involved killings – the lack of urgency on the part of police once the decision has been made that force is needed.  If the mother is correct here – and officials aren’t commenting – then the police treated the victims as criminals first, and victims second.

This is actually a pretty frequent criticism of the police.  In the PERF (Police Executive Research Forum) report, “30 Guiding Principles on the Use of Force,” U.S. DOJ Deputy Chief Christy Lopez noted that “we must give officers training on providing first aid to someone they just shot.”

She noted, “Yes, I was. When people watched that Tamir Rice video, and this happens in a lot of videos, unfortunately, to the public, it looks like the officers are idly standing around and waiting for the ambulance to arrive while someone may be bleeding to death. Another issue of concern was the decision to pursue the vehicles.”

She continued, “And in that video in particular, you see Tamir Rice’s sister come running up, to try to be by her brother’s side, and then you see the officer tackle her. That’s not a good image. We need to teach officers how to handle that, to treat family members respectfully, to understand what the family is going through, what the community is going through, even as they handle these scenes. And it’s expecting too much of any human being to handle these situations if they haven’t been trained in advance.”

In the Dazion Flenaugh shooting in Sacramento, the family and attorneys complained that the police just stood around and took their time to handcuff the man, as he bled out on the street, ultimately dying.

The same issue clearly applies in the Woodland high-speed chase.

The other issue involves the decision to pursue the vehicle once the suspects fled.

“My son had a warrant for two months, not once did anyone knock on my door to see about him,” Ms. Gonzales told the Vanguard.  “If he was such a dangerous person, why didn’t they come by my home?”

The police would likely point out that her son had seven outstanding warrants and ended up tossing a gun out during the pursuit.

At the same time, the young men were simply sitting in the car when they were spotted.  If the officers indeed knew who the driver and passenger were, they put a lot of people at risk as they pursued the vehicle through the streets of Woodland at 80 mph.

With the ability to track suspects in other ways, most police officers will no longer conduct long chases, given that it is not worth the danger to the lives of the suspect, the officers, and the innocent.

This is an area where there is still a great amount of dispute.  On the one hand, there is the concern for community safety by allowing known criminals to remain on the loose.  On the other hand, the apprehension via a high-speed vehicle pursuit also puts the entire community – including the police, suspects, victims, and bystanders – in danger.

The balancing of those concerns is not clear cut.

One study noted that “one person dies every day as a result of a police pursuit. On average, from 1994 through 1998, one law enforcement officer was killed every 11 weeks in a pursuit, and 1 percent of all U.S. law enforcement officers who died in the line of duty lost their lives in vehicle pursuits. Innocent third parties who just happened to be in the way constitute 42 percent of persons killed or injured in police pursuits. Further, 1 out of every 100 high-speed pursuits results in a fatality.”

Granted, these stats are fairly old, but it is not clear that high-speed pursuits end up putting only the very same people in danger from which the police are trying to protect the public.

Part of the issue is that many of the police pursuits involve people who are committing minor violations – they are fleeing traffic violations rather than serious felonies.

Granted, in this case, they had a known warrant, but still – was the greater danger to the public in pursuing the suspect, or waiting and tracking the suspect to nab him another day?  In this case, it was a passenger who died, but what if the car they hit was filled with children?  Was it really worth the risk to pursue?

PERF, for what it’s worth, suggests that “a police agency’s policy may place restrictions, beyond what is allowed by law, on …  engaging in vehicle or foot pursuits…”

Pursuing a vehicle at 80 mph on city streets seems a recipe for disaster and the police are frankly fortunate that they did not see bystander and community casualties here.