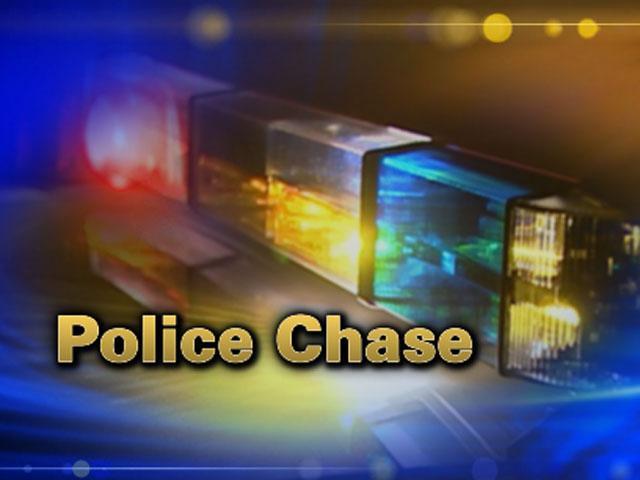 In a phone interview with the Vanguard, the mother of the victim is speaking out, wanting the public to know that she does not want to see Mr. Wright charged with her son’s death.

“I am really opposed to the charges they are putting on his friend Trevor,” Ms. Gonzales told the Vanguard.  “I’m not asking for the charges to be put on him.  No one is asking me what I want, he’s my son.”

She said that Mr. Wright was the best friend of her son, Matthew Gonzales.  “I know in no way, shape or form did he want to harm my child.”

According to police accounts, a patrol officer spotted Mr. Gonzales in the vehicle driven by Trevor Wright, then recognized that the 16-year-old had seven outstanding felony arrest warrants.

When Mr. Gonzales was spotted, Mr. Wright sped away.  The chase went on for around five minutes, during which, according to police, a handgun was thrown from the vehicle while it reached speeds of 80 mph.  Mr. Wright then entered the intersection of Woodland and Palm Avenues, the car went airborne and collided with a parked vehicle and a tree.

Mr. Wright fled the scene but was captured shortly thereafter.  Matthew Gonzales and another unidentified 17-year-old passenger had to be extricated from the vehicle.  They were taken to UC Davis Medical Center where Mr. Gonzales, who had been in the rear seat, died.

“My son had a warrant for two months, not once did anyone knock on my door to see about him,” Ms. Gonzales told the Vanguard.  “If he was such a dangerous person, why didn’t they come by my home?”

Ms. Gonzales was critical of the police for what she called a slow medical response.  They held the suspects at gunpoint, while in the meantime her son had a broken arm and his chest was caved in.  “They pleaded for the cops to help them, they said please help us and they had them at gun point.  They weren’t even acknowledging the calls for help.”

She added that he was pulled out of the car with the jaws of life, but no neck brace.  “My son was in cuffs with no neck brace,” she said.  “It’s unjust, it’s just unjust.

“Instead of treating them like victims in an accident, they treated them like criminals first,” she said

They eventually transported them to UC Davis Medical Center, but by ambulance she said, not by helicopter, and the traffic on the freeways was bad.

Because of the danger involved, many police agencies have put restrictions on when officers can engage in vehicle pursuit.  Almost all law enforcement agencies have adopted restricted pursuit policies, where many have decided that it is not worth the danger when chases can result in the death of the subject, the officer or the innocent.

Yesenia Gonzales said that she didn’t want to see Trevor Wright punished for more than what he did.  “He ran,” she acknowledged, “but honestly I don’t blame him for running” she said.

She said they were sitting in the car talking when the chase began.

Ms. Gonzales told the Vanguard that Trevor Wright was trying to help his friend – he used bad judgment in running, but she doesn’t believe he should be charged in this.

In the meantime, Ms. Gonzales was not aware of her victim’s family rights to let the prosecutors know that she is opposed to the murder charges against the defendant in this case.

On Friday, they were scheduled to go to preliminary hearing.  That hearing was postponed until Monday.

“I just think it’s wrong and I don’t want to be quiet about it,” she told the Vanguard.