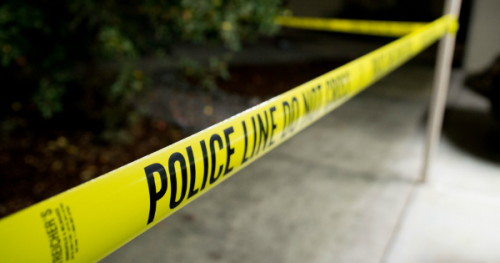 One of the most interesting aspects of the post-November 8, 2016, world is that people are paying a lot more attention to things that have been happening for a long time, but no one really noticed.

The result is, interestingly enough, that people are coming into contact, having fresh eyes, with injustices that have been occurring for some time.  All of sudden, I find myself in a position of teaching a whole new group of people about the reality of the criminal justice system, especially in Yolo County.

As I said in a speech to a group of people on Thursday evening, the court system in general lacks the transparency of other branches of government.  We can watch the city council on TV – heck, we can watch the California legislature or the Congress on TV.  But in order to observe the courts you have to actually go sit in on a trial.

Media coverage, with their struggles to maintain staff amid shifts in readership and the rise of the internet, is on the wane.  In Yolo County, where we lead the state in per capita felony trials, you are lucky if you have five to 10 trials a year receive any kind of coverage.

The Yolo County DA’s office has a high profile case page, and it lists 18 cases.  But how many will go to trial and be covered?  For instance, it lists Lance Ornellas-Castro, and the Vanguard to my knowledge was the only media entity to cover the trial and report on the acquittal.

The problem becomes bigger when you realize there are only a dozen or so cases that receive any coverage, and that 97 percent of all cases do not even get to trial.  The public has really no idea, for the most part, what is going on in our court system.

When they do – they often are mystified and outraged by the injustices of the system.  Take the recent outrage over the treatment of “GE” and the revelations about the county ORR (Office of Refugee Resettlement) program.  That wasn’t the local media that broke the news – that was the San Francisco Chronicle swooping into Yolo, and scooping the Sacramento Bee and other local media entities.

This wasn’t a new problem.  Holly Cooper from the UCD Immigration Law Clinic told me this has been a problem for years, and that she was unable to get a lot of local outrage.  But the timing this time was right.  The veil was lifted and suddenly the county, alerted to the problem, worked hard and got GE into a more suitable placement.

However, as the Vanguard followed up and reported, GE was hardly alone.  There are other kids who appear to be held in custody, without full due process of law, who do not fit the description of the program – for those who are serial criminals, and/or represent a threat to themselves or the community.

The treatment of these kids is a problem as well – shackled, confined to small rooms for many hours, exposed to violence and inappropriate sexual behavior, as illustrated in the moving papers of Ms. Cooper and others involved in legal battles.

Now the county and state legislature are looking closer at this problem.  GE is a victory for local activism, but a reminder that we need to pull back the veil.

The Vanguard’s coverage of a number of recent cases is a reminder that we need to be able to pull back the veil even more.  This week, a Yolo County jury acquitted Lance Ornellas-Castro on all counts.  He was accused of murder in the killing of a 21-year-old in December 2015 following a drug deal gone bad.

This was a surprising verdict, as we have noted, because you had Mr. Ornellas-Castro admit to the shooting, the DA had a trove of texts that seemed incriminating, and his apparent accomplice testified against him in court in exchange for leniency.

In our column this week analyzing the court case, we noted the brilliant defense work of Deputy Public Defender Dan Hutchinson, but I think there is another element here that came into play.

The biggest, though, was Detective Thomas Hayes.  Mr. Hutchinson accused Detective Hayes of perjuring his testimony in an effort to save the prosecution’s case.  And, again, he didn’t just raise the allegation, he backed it up with substantial evidence.

He said that Det. Hayes kept to himself lies that would suck in innocent people.  It was his representation, Hutchinson said, that led Deputy DA Rob Gorman to believe there was evidence of a robbery – and that was enough to get him to file murder charges.

“That’s how much damage a lie can do,” Mr. Hutchinson told the jury.

While the question of voluntary manslaughter came down to the reasonableness by which Mr. Ornellas-Castro believed his safety was in danger, I believe a key part of the jury quickly acquitting on the robbery and thus the murder charges was that, attached to it, there was a reaction against the dishonesty of Detective Hayes – who clearly lied on the stand, and the video corroborated Mr. Hutchinson’s accusation.

But, as damaging as the lies of Detective Hayes were, other than a man being acquitted who shot and killed another man, it is unlikely anything will come of Detective Hayes and that is the worst part of the hidden system – not enough people know about what happened and what he did.

Finally, I think the system is only going to get worse.

The Brennan Center for Justice this weeks notes that US AG Jeff Sessions is likely to renew the war on drugs.

And, while focusing on violent offenders is necessary and justified, focusing on drug crimes does not make us safer, said Inimai Chettiar who is the director of the Brennan Center.

“We absolutely need to focus on the most violent offenders. But Sessions’ aggressive stance on crime, based on misleading statistics, shows we could be headed toward policies that don’t target the problem, such as another ‘war on drugs,’” she said.  “Research shows focusing on drug crimes does not make us safer. This was a major factor in making the United States the world’s number one jailer, and we should not repeat the mistakes of the past.”

Even before this, we started to see an uptick on marijuana raids against establishments that are legally licensed in Yolo County.  The Vanguard has already reported on the raid by the nebulous group TRIDENT last September that led to the arrest of Ted Hicks and Ryan Mears.

“They looked for guidance, they complied, they set up irrigation systems, drainage, applied for Water Quality Control Board permits, all in place, then something like this happens,” said Supervisor Don Saylor.

“These guys are given all the permits by the county and told go for it,” their attorney, Mark Reichel, explained.  “I don’t think they understand the law.”

There was also the YONET (Yolo Narcotic Enforcement Team) raid on Paul Fullerton’s establishment, where he allegedly sold marijuana to an undercover YONET agent.

The raid was conducted following an extensive undercover criminal investigation by the Yolo Narcotic Enforcement Team. The YONET team had received information that Mr. Fullerton was allegedly selling marijuana out of his Woodland, CA, business, and then arranged for an undercover YONET informant to purchase marijuana from Mr. Fullerton.

Attorney Joseph Tully, representing Mr. Fullerton and his wife, told the Vanguard that, from the start, “they were overly aggressive pursuing this case.”

Mr. Tully told the Vanguard, “If the public knew how much money was put into trying to set up Mr. Fullerton, I think they would be pretty upset.”

This is, of course, just the tip of the iceberg and if the federal government wants to get aggressive again on the war on drugs, we will see a lot more occurrences of this sort coming down.

Help us in our efforts to bring transparency to the courts.

4 thoughts on “My View: Lifting the Veil on the Secret Courts”