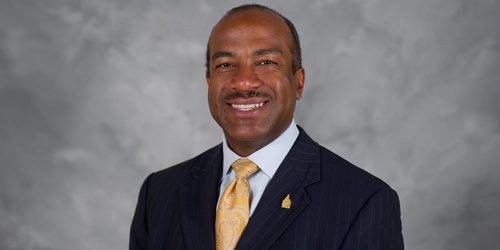 Gary May hasn’t even become the new chancellor of UC Davis and he’s already having his finances bring him under fire.  While his base salary, $495,000, is nothing to sneeze at, it does “only” rank him fourth in the UC System.

What is driving the controversy is about the $325,780 that he will earn from outside boards.  Mr. May said that, while he intends to keep his paid board seats after August 1 when he becomes UC Davis Chancellor, he does not intend to accept any more such positions.

That would apparently comply with new rules that the regents imposed last summer after the revelations about UC Davis Chancellor Linda Katehi’s outside earnings, and then her less-than-transparent acknowledgements of those, as well as certain expenditures, ultimately cost her the position as UC Davis Chancellor.

At the first level, we need to be a little clear that this is not a Linda Katehi scandal, part II.  What brought down the chancellor initially and then ultimately was not the fact that she had taken paid board positions at DeVry and the Wiley & Sons publishing company, but rather that she failed to properly and fully disclose it to the public and to her bosses.  Gary May has been forthright about his outside employment.

His connections to Leidos, however, are troubling in their own right.  Leidos is a Virginia-based defense and technology company.  Leidos is the fourth biggest defense contractor – if you follow the city of Davis’ socially responsible investor policy, Leidos would be on the excluded list, as they work extensively with the US Department of Defense.

In 2016, Leidos “completed its acquisition of Lockheed Martin’s LMT information systems and services business, doubling in size to become the dominant player in the federal technology solutions sector.”

In late 2016, “the U.S. Department of Homeland Security’s Customs and Border Protection (CBP) agency awarded Leidos with a $66 million contract. Leidos will provide mobile scanning systems to CBP, which will help border agents find illegal materials in vehicles and cargo.”

Large connections to a defense contracting company aside, there are the optics.  Gary May stands to receive $820,000 a year heading up a public university.

The University of California Office of the President was quick to defend Mr. May’s compensation.

“The chancellor’s presence on these boards benefits the university,” said UC spokesperson Dianne Klein. “They are not conflicts. For example, the Leidos board activity has resulted in millions of dollars in philanthropic gifts for Georgia Tech, and the company also hires Georgia Tech students.”

But UC seems blind to the optics of the situation, particularly after the previous chancellor was removed from her position for a controversy that started with board compensation.

There are several key problems here.  First, while the university argues that there are no conflicts – the reality is that there are always conflicts.  You are on a board of a company that is doing millions in business with the Department of Homeland Security during a time when DHS figures to have a potential adversarial relationship with the university on a host of immigration-related issues.

Second, even if there were no conflicts and Leidos and May’s other affiliations were seen as truly benign, I have a problem with the head of public university making more than three-quarters of a million dollars.  UC Davis is not a private sector corporation, it is a public university.  Those who worry about the privatization of the university should look no further than the compensation gap between the chancellor on the one hand, rank and file faculty on the other, and lower-level employees and students at the baseline.

Such a gap not only plays into the hands of critics but amplifies discontent.  The gap means that the chancellor is even more isolated than normal from the day-to-day financial  struggles of the student populace and their parents.

The defense of Gary May by UCOP also puts the previous year into more curious light.  After all, the scandal that would ultimately undo Chancellor Katehi started with a report that she had accepted a paid position on the board of DeVry, which faced federal inquiries allegedly for misleading students and being a for-profit educational company.

That led to revelations that she had received more than $420,000 for serving on the board of textbook publisher Wiley & Sons, which seemed to pose a conflict of interest as the company directly supplies students with books and therefore profits from the very students over whom the chancellor presided.

While an investigation showed she was deceptive in her roles on both boards, the big hit came when it was reported that the chancellor had paid a consulting firm a contracted amount to reportedly cleanse the university’s reputation regarding the 2011 pepper spray incident.  Here she was found to have misled not just the public, but also her boss, with the extent of her knowledge about this contract.

That led to her August resignation after a four-month investigation.

The actions by UCOP seem to lend credence to the notion that they never saw a problem with outside pay but rather with the failure by the chancellor to notify them.  That suggests they are tin-eared to public outrage over the runaway compensation to high ranking public college officials, and to the protesting students who see college increasingly unaffordable while those at the top are massively profiting.

Can Gary May be a good chancellor for UC Davis?  Time will tell.  But this is a telling revelation that will add more and not less fuel to the fire.

15 thoughts on “My View: When Will They Ever Learn?”