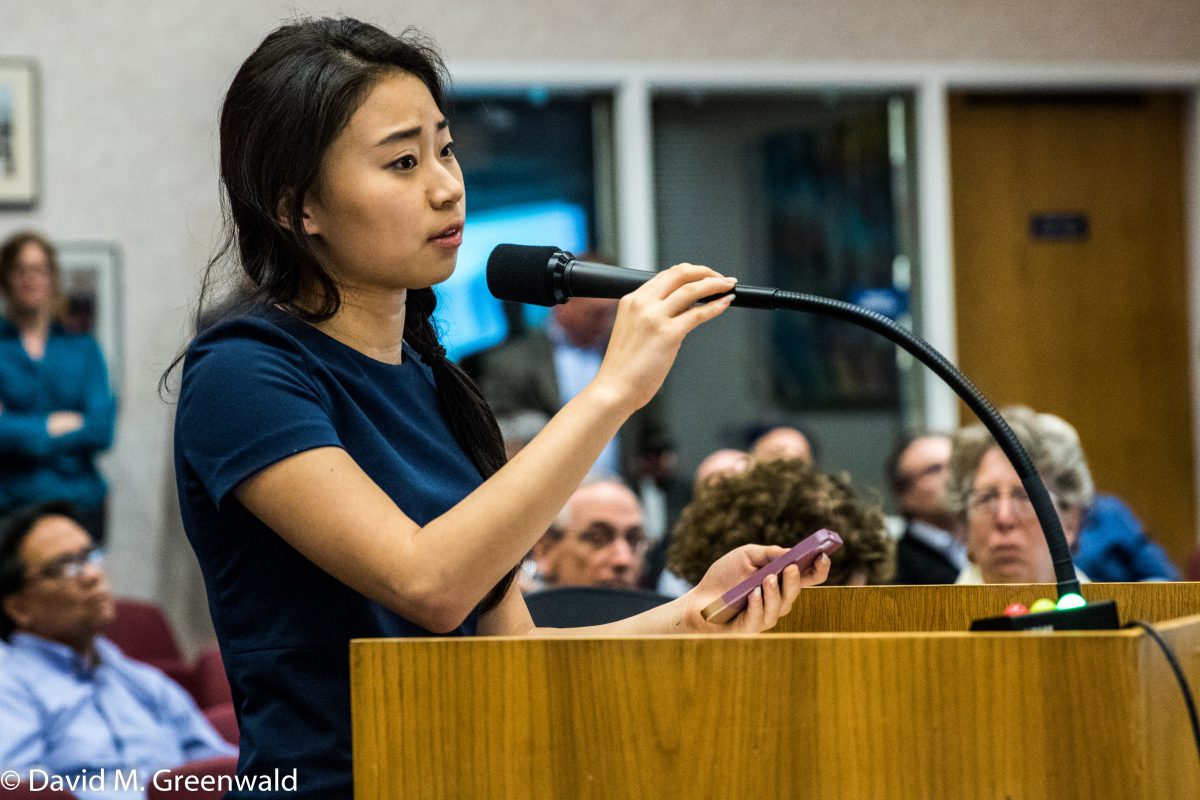 ASUCD Resolution #13 was a statement in support of the Sterling Fifth Street Apartments proposal that came before council on Tuesday night and was passed by the ASUCD Senate.

WHEREAS, housing quality, affordability, and availability are of utmost concern to current and future UC Davis students, as students make up the vast majority of renters in the City of Davis; and,

WHEREAS, the apartment vacancy rate in Davis Is currently estimated to be 0.2%; and,

WHEREAS, lack of housing availability often forces renters to continue living in units that are unsafe or unhealthy, as the fear of being unable to find another rental unit deters them from reporting these Issues with landlords; and,

WHEREAS, even when renters do report health and safety issues to landlords, landlords are often unresponsive or antagonistic; and,

WHEREAS, the Davis City Council has recently established a Renters Rights Ordinance to combat these issues through rental Inspections and reporting mechanisms; and,

WHEREAS, the City of Davis has stated that if the increasing UC Davis·affiliated population does not have improved housing availability, whether it be on-campus or off-campus, students and staff would be forced to live in surrounding communities outside of Davis, thus increasing the potential for significant air quality impacts and greenhouse gas emissions; and,

WHEREAS, the City of Davis believes “the potential for urban decay from the crowding and/or deterioration of housing units in the City, as a result of a lack of on-campus housing” will present a growing problem in the years to come; and,

WHEREAS, if approved, the project in question would provide 198 new rental units in the City of Davis, with 160 of these units designated as “student-oriented” and 38 designated as “affordable” housing units; and,

WHEREAS, adding new rental units in the City of Davis would help to increase the vacancy rate, alleviate issues between renters and landlords that the Davis City Council has already deemed to be significant enough to warrant legislative attention, and decrease the potential issues of commuting from neighboring communities; and,

WHEREAS, the board of Rancho Yolo has dropped its formal opposition to the project after a number of changes were made by the project’s developers, including decreasing the proposed number of units, reducing the height of the buildings, removing balconies from some units facing Fifth Street, and adding the goal of a Leadership in Energy and Environmental Design (LEED) gold certification, thus evidencing that the developers have been responsive to community feedback and suggestions;

and, WHEREAS, the developers of the project also plan to contribute $2.025 million to the City of Davis’s affordable housing fund and $100,000 for transportation improvements in response to concerns about affordability and traffic.

THEREFORE LET IT BE RESOLVED THAT, the Associated Students, University of California, Davis (ASUCD) strongly support the Sterling 5t” Street Apartments project, as the developers have been responsive to community concerns and the project would bring both affordable and student-oriented rental units to the City of Davis, thus helping to alleviate the ongoing housing crisis; and,

THEREFORE LET IT BE FURTHER RESOLVED THAT, the ASUCD urge the Davis City Council to approve the Sterling 5th Street Apartments project at the earliest possible date; and,

THEREFORE LET IT BE FURTHER RESOLVED THAT, the ASUCD urge the Davis City Council to continue to prioritize housing projects in light of the impending growth of the student population, as the widespread effects of the already prevalent lack of housing impact students and non-students alike; and,

THEREFORE LET IT BE FINALLY RESOLVED THAT, copies of this resolution shall be sent to the Davis City Council, Janet Napolitano, President, UC Office of the President, Board of Regents of the University of California, Ralph Hexter, Interim Chancellor, Robert Segar, UC Davis Assistant Vice Chancellor Campus Planning & Community Resources.

Finance: No Appropriation: None Vote: Majority