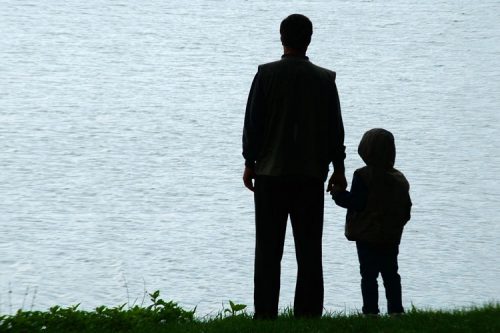 This is going to be a completely anecdotal story about myself and my children. I write it to illustrate a point about our society and our community. I start with full disclosure so that those of you who are not interested can stop reading now. I include three brief anecdotes about my own behavior. These include one that I do not feel reflects well upon me, but which I would probably repeat given the same circumstances. I am writing this to demonstrate how relative privilege works in our community in favor of those who have gained  knowledge of how to work the system over those who have not gained such knowledge. It is a story of inequality within the system which I feel is timely in view of the recent Gate controversy.

The first anecdote is about my daughter’s decision to attend St. Francis High School instead of Davis High. My daughter’s goal was to attend an Ivy League school. She felt her opportunity would be better graduating from St. Francis than from Davis High. Sometimes life does not turn out the way you think, but that was her belief and we acted on it. First, being a doctor, I made enough money to pay for her tuition. So that was not an obstacle. Now for the extremely qualified such as my daughter, there are a few means tested scholarships, but we did not know that at the time, and many parents never do know that and it would never occur to them to ask. Money is, in and of itself, an enabler of inequality in our society.

My next example involves my son and the Davis Unified School District more directly. My son had been enrolled in Davis High for his first year of high school. It was not a good fit. In addition to not fitting in well at school, my son was experiencing a major depression and the following story occurs shortly after a hospitalization for suicidal ideation. I had called then principle Matt Best’s office to get an appointment to see him. His secretary had informed me that while Mr. Best was indeed in the office and available for parent appointments, enrollment for the year for DaVinci was closed and there would be no point in scheduling an appointment for that purpose. After hanging up the phone, I decided that was not an acceptable outcome. Within the hour, I was in his outer office where I politely but firmly informed the secretary that I would wait in the office as long as needed, but had no intent of leaving without speaking with Mr. Best. Within the hour, I had made my son’s case to Mr. Best and my son had his admission. I was, and am well aware that this option would not occur to and would not be available to many members of our community. My son was clearly advantaged by my knowledge of how to use the system on his behalf. Should not everyone’s child have the same opportunity ?

One more example which does not involve the schools, but which I have included to show the pervasiveness of this selective advantage in our society. At the time of my son’s first admission for suicidal ideation, I had taken him to a Kaiser facility where I worked and was well known. The counselor told me that admitting him would involve a 3 day hold also known as a 5150. I stated that was not necessary since it was a voluntary admission on his part. She stated that did not matter, that was their process. Knowing that this could potentially affect opportunities for him in the future, I pulled rank. I told her that I was a doctor at the facility, that she would not put a 5150 on my son, and that I would talk to her supervising psychiatrist. She called and within a half hour, the psychiatrist had appeared, was someone I knew, and wrote the admitting orders himself, no 5150 necessary. How many other children might benefit from less strict adherence to arbitrary rules imposed by our society which can be worked around if only the parent has the right knowledge, the right profession,  the right connections, or the right amount of money to obtain the desired out come ?

I suspect that many of us, including those of us who claim to be progressives, claim to be in favor of a society in which all are treated equally while at the same time doing exactly what I did.  I took advantage of our system to favor my own children. I suspect that I am not alone. I am hoping for a day when we are able to acknowledge and perhaps grow beyond favoring equality for all, only after our own are ensured favorable treatment.

Share:
Previous : A Dangerous Trend: Immigration Arrests at State Courthouses Are on the Rise
Next : Sunday Commentary: The Need for Evidence-Based Approaches

9 thoughts on “Children of Privilege”