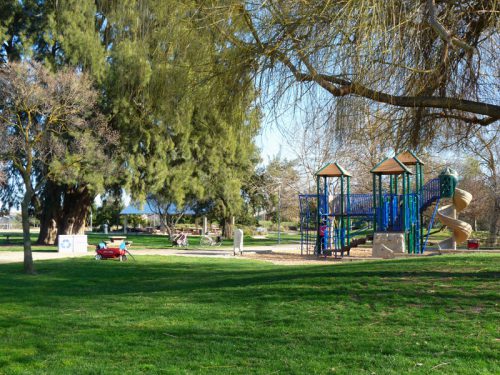 Interested in the use of pesticides and herbicides by the City of Davis?  This Thursday, April 6th (7–9pm, Davis Senior Center), there will be a Community Workshop on Pest Management. This is a chance to let the City know what you would like to have happen with pesticide and herbicide use in parks, greenbelts, dog parks, open spaces, and other public areas, so all are encouraged to attend.

A recent Vanguard article by Anya McCann (“Barefoot in Central Park”) describes the fundamental issue.  Even if it were true that the pesticides in use by the City have been deemed by some to be safe, does it make sense to take a chance?  If we don’t use pesticides, the worst that can happen is that we need to use other, more labor-intensive methods and perhaps have a few more “weeds.”  (If you attend the Workshop, you will learn more about these alternative methods). It seems to me that this is a tradeoff well worth making.

(Why is “weeds” in quotes, you may ask?  It’s in quotes because “weed” is not a scientific term; it has no botanical significance.  A “weed” is just a plant that someone doesn’t want in a certain location.  One person’s “weed” can be another person’s wildflower).

But in a comment on McCann’s article, Don Shor stated that although he agreed that we can tolerate a few “weeds” in our parks and that it would be good to engage community members in helping with the upkeep, the decision to change to “greater use of organic herbicides…would be essentially a philosophical decision and should not be couched in terms of public safety.”  He further asserted: “Several important international regulatory bodies have studied glyphosate, and all concluded the herbicide is not a carcinogen,” listing off several of those agencies.

However, the scientific findings are less clearcut than Shor makes them out to be.

First, Shor left out one major international agency, the International Agency for Research on Cancer (IARC), which is a branch of the World Health Organization. IARC convened a meeting of 17 scientific experts from 11 countries and in March 2015 finalized its assessment, concluding that glyphosate is “probably carcinogenic to humans.”

Second, an internal memo that has come to light as a result of a lawsuit against Monsanto reveals that the Environmental Protection Agency (EPA) – one of the agencies that Shor listed in his comment – was in fact divided on the question of whether glyphosate (commonly sold as Roundup) is carcinogenic.

The split occurred between two offices within the EPA.  The EPA has an Office of Pesticide Programs (OPP).  It also has a science program, the Office of Research and Development (ORD).  In the internal memo, the ORD stated that it agreed with the IARC’s findings, which it understood to be that there is “limited evidence” of the carcinogenicity of glyphosate in humans. “Limited evidence,” the memo stated, means that “a positive association has been observed for which a causal association is credible, but chance, bias, or confounding could not be ruled out with reasonable confidence.”  But the OPP had said that there was no evidence that glyphosate is carcinogenic.  “Limited evidence” is different from “no evidence.” What’s going on?

It turns out that the OPP and the ORD took different approaches to their scientific analyses.  The EPA’s own Cancer Guidelines specify that risk assessment should consider “gradations of causality.”  That’s the standard that the ORD used.  But the OPP, in violation of the Guidelines, took a “yes/no” approach, so that the only two choices were “carcinogenic to humans” or “not likely to be carcinogenic to humans.” This rules out intermediate findings purely by definition.

(For further information on these and other differences between the ORD’s approach and the OPP’s approach, see https://www.nrdc.org/experts/jennifer-sass/split-within-epa-glyphosate-carcinogenicity and https://usrtk.org/wp-content/uploads/2017/03/ORDcommentsonOPPglyphosate.pdf).

And the fact of the matter is that there are many shades of grey when it comes to findings about carcinogenicity.  The OPP’s approach is highly misleading, and the ORD said as much in the internal memo.  Although the ORD did not decide which descriptor might be most appropriate for glyphosate, the memo states that one could argue that glyphosate is “likely to be carcinogenic,” that there is “suggestive evidence” for its carcinogenicity, or that there is “inadequate information to assess carcinogenic potential.”

I think it’s also worth noting that litigants claim that Monsanto has ghostwritten research that was later attributed to academics, an accusation which, if true, casts further doubt on those studies’ claims that glyphosate is not carcinogenic.

So, we are taken back to McCann’s original point.  There’s some reason to think that glyphosate might be harmful to humans.  Further study is needed, but in the meantime, we have less risky alternatives, where the worst that can happen is a few unplanned plants in the “wrong” places.  Surely that’s a tradeoff worth making in the name of precaution.  If you agree, please come to the Workshop on Thursday and let the City know your views.

46 thoughts on “The Herbicide Safety Question in Davis”