May Day has traditionally, as International Workers’ Day, been a day of protest, and that will be even more so this year as organizers plan a massive march and protest.  On Thursday a group of organizers held a press conference to discuss the march and the issues that they will be raising.

Fabrizio Sasso, Executive Director of the Sacramento Central Labor Council said, “We’re gathered here today because we want to invite the public to be part of our annual May Day March and Celebration on Monday, May 1 at 10 am – marching from South Side Park to the West Steps of the Capitol.

“This an important time in this country where workers are under attack,” he said.  “May Day is a celebration that is celebrated as Labor Day all across the world, but originated right here in the United States.  Workers in Chicago were involved in the Haymarket Riot where many workers died in the event – they were fighting for an eight hour work day – something most of us take for granted today.

“Over 100 years later, workers are still struggling to make ends meet, still working long hours and seeing their wages stolen from their employers,” he said.

He said, “It doesn’t matter if you’re a white collar worker or a blue collar worker, working class people standing together in the face of threats under this administration, in the face of right to work nationally that would take away protections and the right to collectively bargain for wages and benefits and working conditions – that’s what we’re marching on Monday for.”

Desiree Rojas, one of the organizers, explained that people should join the march to speak out on the many issues that are on the table right now.  “Please join us as we can discuss in detail how we can stay active in the community and this movement and to move forward,” she said.

“Many people in our community – workers, families, single mothers – are being attacked by the Trump administration,” she said.  “All over the world people will be marching on May Day to be visible to show that human rights, workers’ rights are under attack.

“We encourage everybody in our community to not allow the fear to affect you,” she said.

“The Sheriff’s Office in Sacramento is working with ICE Officials and put our community afraid, to the point where folks are scared to come outside, to go to schools, to go to the hospital” he said.  “We want to tell the community that they are welcome here in California.”

He continued, “The Trump administration is going to go down here in California and we will continue fighting for justice for immigrants who are being under attack. Immigrants that contribute to this state by billions and billions of dollars – we feel it is unfair that these communities are under attack.”

Another organizer explained that they will be in South Side Park “to fight back against these attacks of the working class.  We will be out in the streets to protest the racist deportation of millions of immigrants of which is what the Trump administration has promised.”

He said they will fight back against “the so-called right to work laws that are actually an attack on workers’ rights to collectively get together and organize.

Al Rojas stated, “No matter what color we are, what gender we are, and what religious beliefs we are, we are all one people. What they’re trying to do, the real oppression here, that we need to put a real face on, even though it’s our government policy… we have to remember and remind ourselves that it is the corporations in this country that buy and purchase all of these politicians that have come with a corporate agenda.”

In a statement about the march, the organizers explain, “ICE raids are separating families into private prisons. The labor movement is under attack, along with Health care, public education, federal programs, environment-Climate Change, Black Lives Matter, Native Rights, Gender Equality. We must tax the 1%, and enact Single Payer Healthcare, while we end the Memorandum of Understanding (MOU) contracts used to imprison immigrants and separate families, making it easier for police, sheriff, and highway patrol with Homeland Security ICE to incarcerate immigrants inside private prisons. WE MUST RESIST. Immigrants are not illegal criminals they are human beings.” 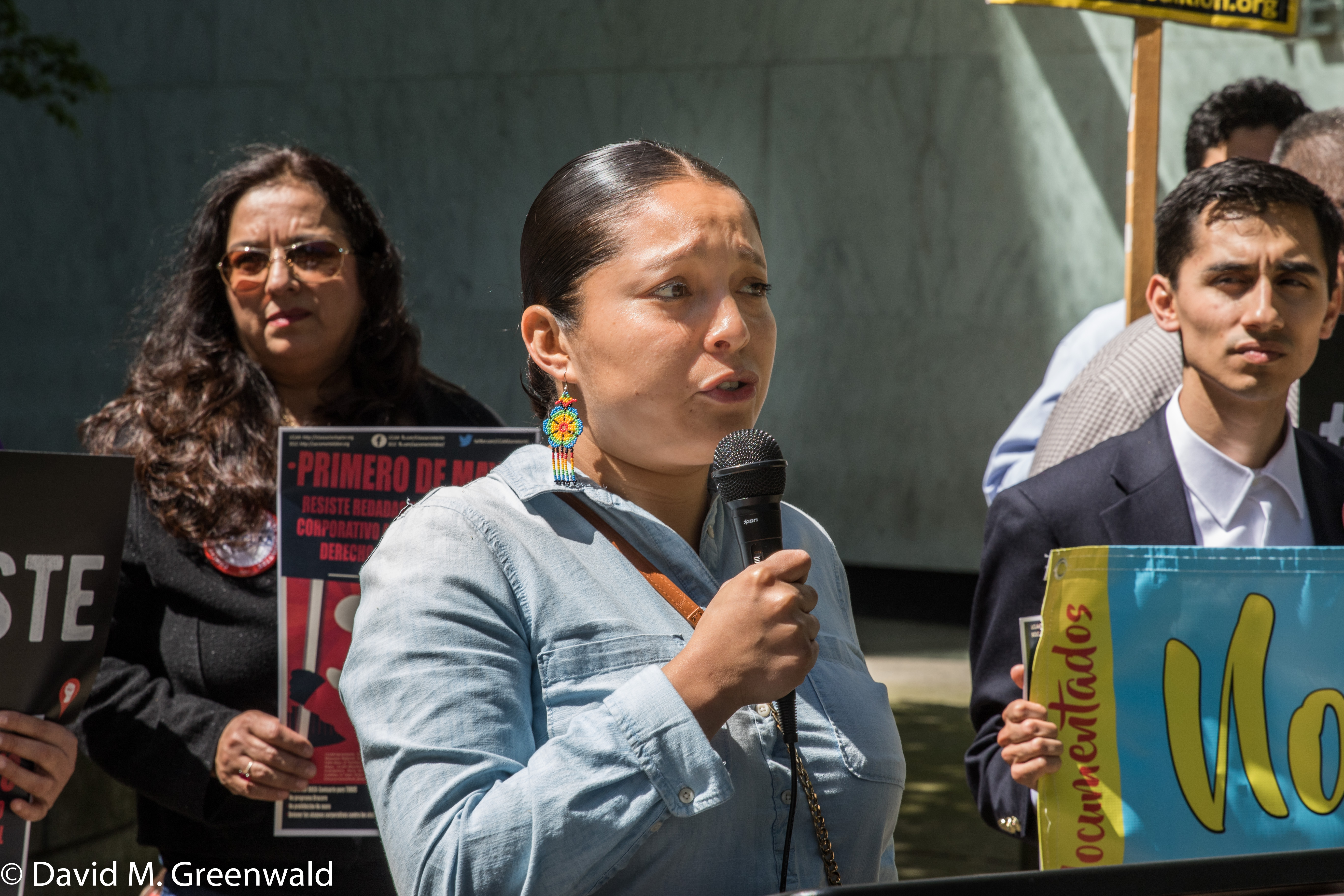 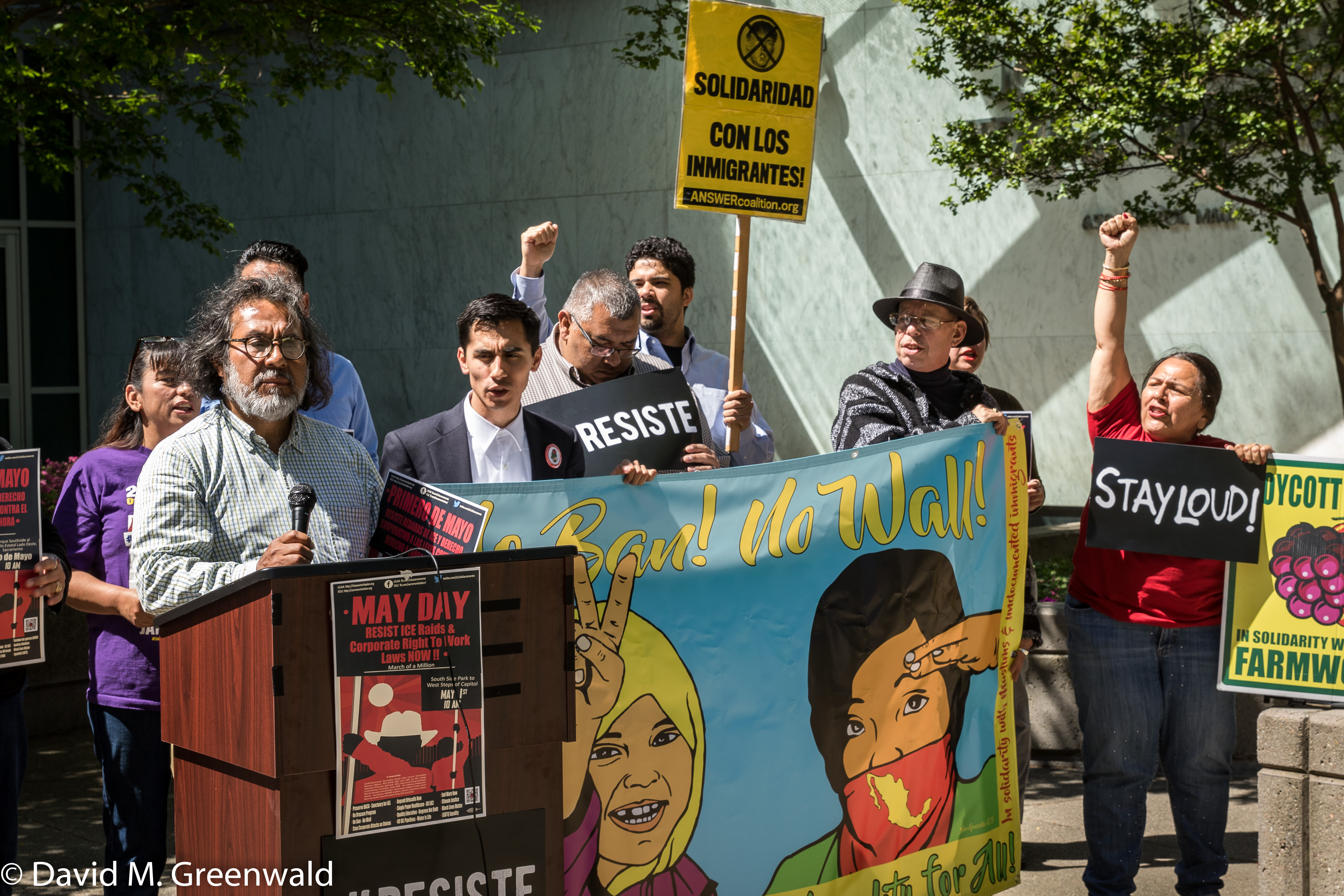 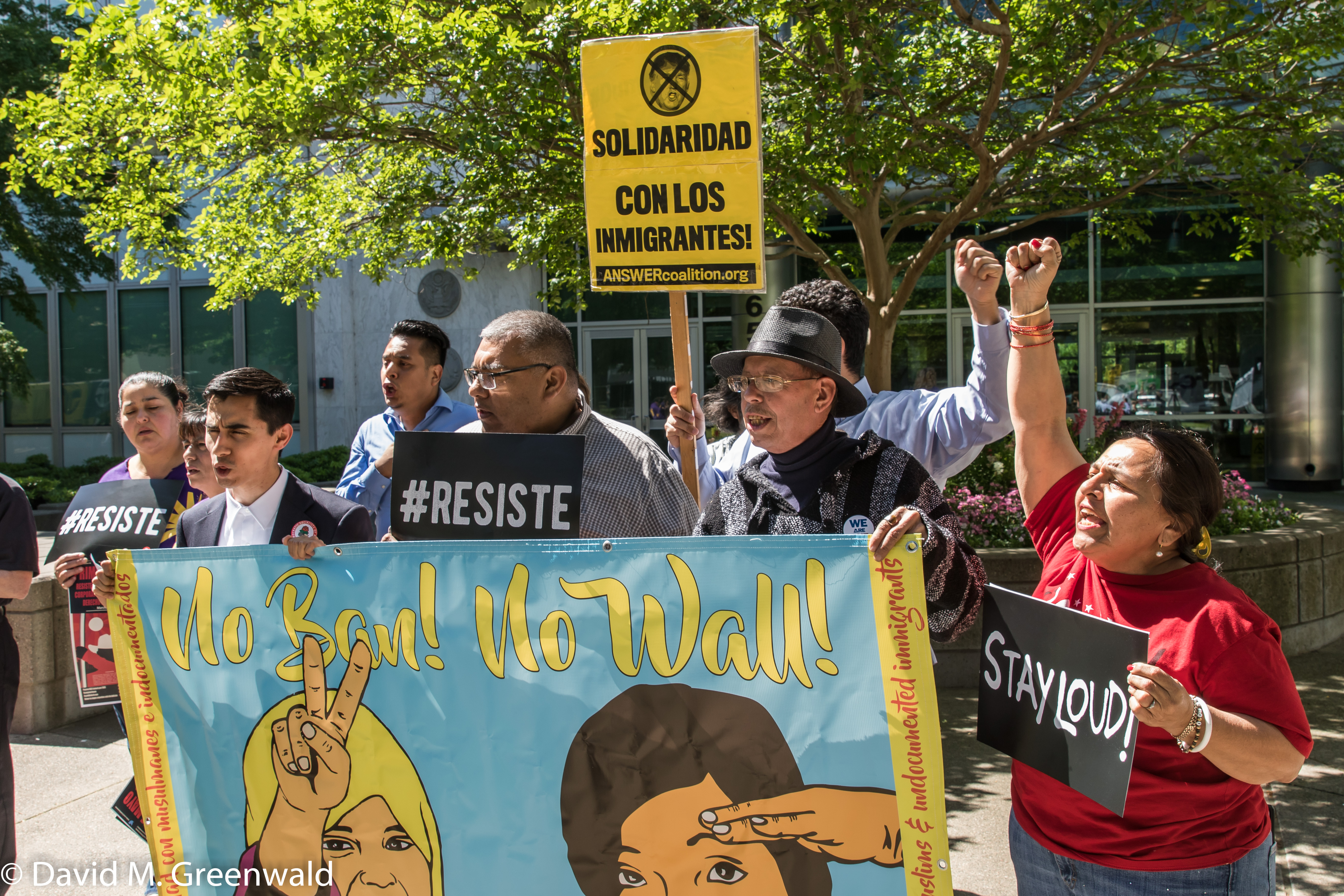 Share:
Tags:ICEImmigrationLaborMay DayTrump
Previous : Court Moves Basha Off Dependency Cases at His Request
Next : Picnic Day Incident: Attorney Describes a Race-Based Attack by Men Who Turned Out to Be Police