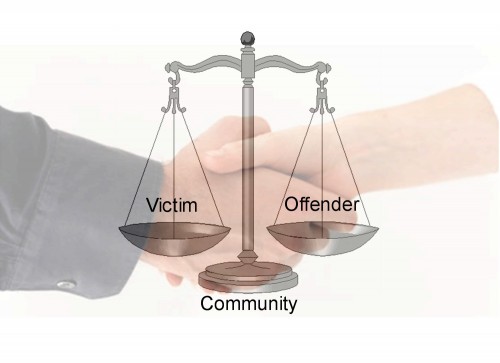 The first step of a potential restorative process was always going to be the resolution of the criminal matter against Lauren Kirk-Coehlo, who has now admitted to having committed the vandalism and desecration of the Islamic Center of Davis back in late January.

She effectively took the process out of the hands of the DA’s office, which has signaled from day one that they wanted to throw the proverbial book at Ms. Kirk-Coehlo as a means to punctuate their zero tolerance approach to hate crimes.

At the same time, two fairly prominent and effective defense attorneys did not believe they could refute the charges against her in court.

Again, that makes sense – the incident was caught on video and the additional evidence collected would make the case pretty strong.

Clearly, the defense is hoping for more leniency from the court than they got from the district attorney’s office.

Right now the defendant is facing six years in prison as a maximum sentence.  This figures to be an interesting decision for Judge Dan Maguire.  On the one hand, she has basically no real criminal charges against her, which would tend to be in her favor.  Another mitigating circumstance will be her mental health status at the time of the crime.

Clearly the defense will attempt to get her psychiatric treatment rather than extensive prison time.

But all of that is offset by the magnitude of the statements she made over Twitter and by text, threatening mass murder.

There are a lot of misconceptions about how a restorative justice process works in a criminal matter.  Contrary to the belief of many, it is not a get-out-of-jail-free card.  It is also not necessarily a matter of leniency.

When Sujatha Baliga came to speak in 2013 at MLK Day in Davis, she had just conducted a very difficult restorative justice process in the case of a murder down in Tallahassee, Florida.

A young man named Conor McBride killed his fiancé and immediately confessed to police about his actions.  Under Florida law, he faced mandatory life, but the family of the victim was not interested in his serving the rest of his life in prison.

Instead, they went through the restorative process where the judge agreed to a 20-year sentence with ten years of probation.

In an interview with the New York Times, Sujatha Baliga explained, “I’m not worried about him getting out in 20 years at all.”

She explained, “We got to look more deeply at the root of where this behavior came from than we would have had it gone a trial route — the anger issues in the family, exploring the drama in their relationship, the whole conglomeration of factors that led to that moment. There’s no explaining what happened, but there was just a much more nuanced conversation about it, which can give everyone more confidence that Conor will never do this again. And the Grosmaires got answers to questions that would have been difficult to impossible to get in a trial.”

As Lisa Rhea explained in a Vanguard op-ed a few years ago, “Because restorative justice is victims-centered—it holds offenders accountable for wrongdoing, urging them to make things right, as much as possible, with their victims—I realized that I needed to learn far more about the pain experienced by crime victims. It is one thing to read the stories of victims of violent crime, but it is another thing to meet crime victims in person and hear them tell their stories.”

Can this work in this case?

Hamza El-Nakhal, a resident of Davis since 1969, said at the January rally in Central Park that he had already forgiven the perpetrator.  He said that “if we ever get to catch this woman, we just want to talk to her.  I really have forgiven her in my heart.  After you see all this love, in fact, I’m grateful to her.

“In my heart I’m completely at peace, I already have forgiven her,” he said.  “I just want to talk to her.   I don’t know what she feels in her heart, definitely she feels something not good.”

Part of the problem that the traditional legal system would face here is that, while Ms. Kirk-Coehlo made a series of very disturbing statements, she didn’t act on them and she is not charged with them.  She is charged with vandalism with a hate crime enhancement, and an act of vandalism on a church.

Even if she got the maximum sentence of six years, she could be out in four or five years – with a system that is limited in the amount of counseling services she would get.

That has led Mayor Robb Davis to attempt, with others in the restorative justice community, to facilitate some restorative conferencing in hopes that the affected parties could meet with Ms. Kirk-Coehlo and have the opportunity to share how the incident impacted them – identify the harms done to the community, and work toward some sense of restoration of trust.

By doing that, perhaps they can help Ms. Kirk-Coehlo empathize with the pain caused to the community by her actions and, in so doing, help her to figure out ways to overcome her potential anger and hatred.

Will the judge and district attorney’s office go for such an approach?  That remains to be seen.

14 thoughts on “Monday Morning Thoughts: Can a Restorative Process Work for the Islamic Center Vandal?”