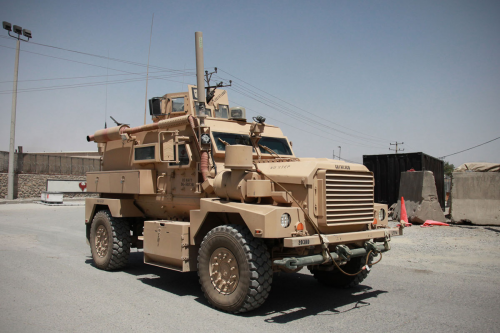 (From press release) –  Today the Yolo County Sheriff’s Office announced that, “After extensive research and analysis, dialogue with the community and taking into consideration multiple individual’s expressed concerns, Yolo County Sheriff Ed Prieto decided against accepting,” what he characterizes as a “free surplus MRAP vehicle…”

Protecting Yolo applauds Yolo Sheriff Ed Prieto’s decision to withdraw his request for this heavy duty military vehicle that would have been expensive to maintain and operate while providing little benefit to the community.

“This is an important local achievement against militarization of civilian police. It stands as a point of hope against escalating police equipment and tactics nationally.” states Colin Walsh, Davis Resident.

“I appreciate the steps that Sheriff Prieto is taking to build even stronger bridges with the community, and to use best practices of community policing to make our communities safer.” states Woodland resident Cherie Goodenough .

We further commend Sheriff Prieto for acknowledging the “current national political climate and the fear of police militarization,” as good reasons not to repurpose this war equipment for civilian policing. The use of these types of vehicles to intimidate peaceful protesters at Standing Rock, Ferguson and elsewhere demonstrates how these vehicles can be dangerously misused in civilian settings.

We welcome further efforts to prioritize spending resources on community policing. These proven strategies help civilians and officers make connections with each other and focus on crime prevention.

Back Ground: The MRAP acquisition was first added to the February 21, 2017 Yolo County Board of Supervisors meeting agenda at the last minute, as a consent calendar item.  Yolo constituents filled the meeting to overflow and spoke unanimously in opposition to the Sheriff’s request for the MRAP. Supervisors Saylor and Rexroad voted against the acquisition. Only Supervisor Oscar Villegas stated strong support for the acquisition. Ultimately Villegas joined Supervisors Chamberlain and Provenza in voting to consider the item at the April 25th meeting. With the Sheriff’s withdrawn request it is likely the Supervisors will drop the item from the April 25th agenda.