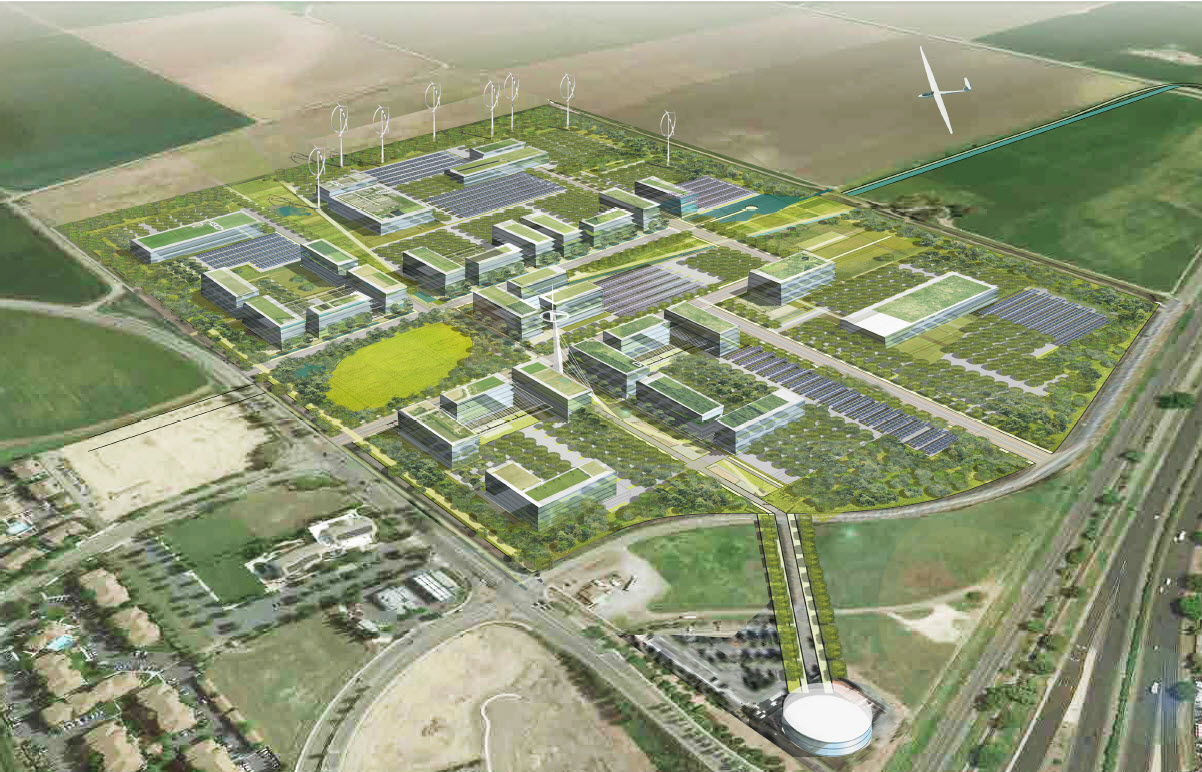 Critics who have put arguments forward such as the notion that relying on a single project to fix the budget – or that the city needs to right its budget without depending on a major project like this – actually ignore the point here.

Davis receives less in per capita sales tax than many other comparable cities, as our work from last summer demonstrates.  But it is actually worse than that – Davis heavily relies on auto sales, which is ironic for a community that purports to be green and wants to be on the technological edge.  Without finding ways to shore up its revenue generation, the city will struggle to be fiscally viable as it is struggling now, with the latest budget estimates showing an $8 million average revenue shortfall for the next 20 years at least.

I wasn’t always on board with the notion of a peripheral innovation park – in fact, in general I have opposed peripheral development in Davis.  The two largest peripheral projects – Covell Village and the Cannery – the Vanguard has opposed.

But my thinking began changing in the summer of 2013.  Bayer Crop Science announced it would be expanding its facility, which required it to move from Davis, where the company AgraQuest was founded, to West Sacramento which had space available to accommodate the company.

That move of a native Davis company that had been founded, grew, expanded, and been bought out by an international company was a huge blow to Davis, in both the loss of jobs and tax revenue.

The question at that point was what the future of economic development was in Davis.  But also, how could a city like Davis produce the revenue needed for a sustainable future?

Davis had spent much of the previous five years looking for ways to survive in the post-Great Recession world.  The proximity of the university gives Davis a fighting chance here, but, then as now, the question before us is whether Davis is simply going to be a university town that can spawn an array of startups based off their research components at the university, or whether it can be a destination for these companies as well, after they grow and mature.

If anything, now that we have truth in advertising, our fiscal situation is even more precarious now – at least on paper – than it was in 2013.

But the key point I came away with from a conversation between then-Chamber CEO Kemble Pope and City of Davis CIO Rob White was that Davis had a few options for economic development, but Davis did not want to go the regional mall route or the big box strip mall route.

As Kemble Pope put it, the Innovation Park Task Force laid out a roadmap that is “palatable to the community.”  Building on university research which gets transferred to the private sector in the form of jobs seemed at the time the route to take.  That has become all the more certain as we have seen the decline in local sales tax as the result of the continued expansion of e-commerce.

The problem that Davis faced, however, was laid out in the Studio 30 report.  In order to generate the kind of tax revenue needed, to retain the larger companies like Bayer AgraQuest or Schilling Robotics, or perhaps Mori Seiki down the line, Davis needs commercial space to accommodate growth of startups and development of small companies into larger ones.

If you read the now aging Studio 30 report, you will see that this is not an eggs-in-one-basket approach.  The Dispersed Innovation Strategy calls for utilizing space where it exists, in a number of places – some in the core, some near the university, some in the downtown, and some on the periphery.

The near-term strategy: “The Gateway (Downtown Research & University Innovation District) option offers the best close/in location due to the proximity to University and property owner and University interest, and should be pursued as the City’s top innovation center priority.”

However the key point raised is this: “The current isolated and dispersed sites that are available and appropriately zoned are not adequate in terms of size, location, or configuration (and related constraints) to address the emerging market need of an Innovation Center.”

Studio 30 instead called for, “A combination of one ‘close in’ hub or incubator with one (or in some future time, two) larger, less constrained (and presumably less costly) edge site offers the right mix of University proximity and identity with the expansion capability to address job growth and rapid business expansion.”

The two most logical sites were the two projects that came forward – one by Sutter-Davis and one east of Mace Boulevard.

However, as we now know, the Davis Innovation Center decided to suspend its planning and they have since moved their concept north to Woodland.  MRIC (Mace Ranch Innovation Center) has been beset by various issues and remains in suspension.

At this point, I tend to believe that MRIC is the last best chance in the near-term to develop a peripheral innovation park – something that can generate perhaps $10 million or more in city revenue on an annual basis.

Why do I believe that?  The Davis Innovation Center is not coming back.  There is no developer or landowner interested out there.  That doesn’t mean that will always be the case – but realistically, in the next twenty years, given the pace of development, I just don’t see anything emerging, and we need something within that time horizon.

That leaves MRIC, which has some advantages.  The land is near I-80 with easy access.  The land is bounded on the east by a conservation easement, on the south by the highway and only to the north is there a small stretch of contiguous land.  In short, this is not a sprawl-inducing development.

Are there other locations?  Covell Village remains land-locked and far from an accessible highway.  The south part of the community does not seem conducive to such a development, and the access road to the east seems unlikely as a location (that is where David Morris suggested a potential project that never got underway with Angelo Tsakopoulus).

As we reported on Monday, one does have the university, potentially, as a player.  Gary May, the new chancellor, comes from Georgia Tech in Atlanta, which has the successful  Midtown Innovation District.  The two most likely spots near the campus are at Nishi and the portion in the southern part of the university in Solano County that was considered for a potential public-private venture before being excluded in the latest LRDP.

UC Davis could also partner with Sacramento on utilizing the Railyards, where the World Food Center was briefly considered.

The problem with those ventures are that they would not benefit the city’s fiscal condition.  Thus I have concluded that MRIC is the best option in the near-term as a large expansive innovation center.

In the shorter term, ventures like Area 52 from Sierra Energy and the University Research Park will have to provide available space.  These ventures figure to accommodate the 300,000 square feet of R&D space that was lost when Nishi went down.

This is a crucial time for Davis – not only does it face serious fiscal challenges but it lacks jobs and opportunities for students graduating from college.  By developing an innovation center, we accomplish several of our goals while, I believe, maintaining Davis as the small and vibrant community that we all love.

32 thoughts on “Commentary: On the Need for Economic Development”