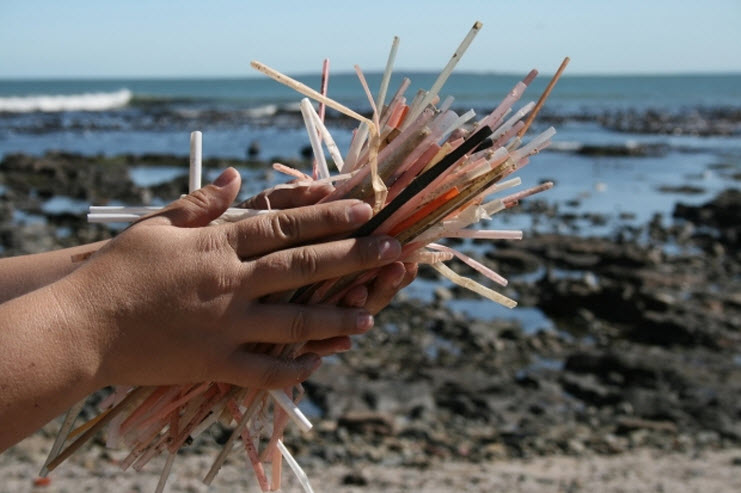 As I pulled into to City Hall prior to the meeting on Tuesday, I noticed a news crew from a Sacramento news station setting up.  I figured they were here for the police issue or possibly the forward-thinking cannabis ordinance.  Nope.

“Straw ban,” the reporter said.  He said it sheepishly with a smirk, as though this were embarrassing.  And his embarassment was not for Davis, but that the Sacramento media only comes to Davis for weird things.

Six months ago, we had a path-breaking Community Choice Energy discussion on the agenda, we had Restorative Justice for Youths, and the media came to cover… wild turkeys.

Davis is often poked fun at for being the quirky liberal college town that it is, and sometimes it deserves that reputation.  But there are also times when we are on the cutting edge, and unfortunately the rest of the region doesn’t come out then – it comes out when they think we are doing something weird.

To me, the council should be working on branding a bit more.  Create a media narrative, engage the media on it.  One of the things I remarked on while watching the Chiles Ranch affordable housing discussion is how much better this council is at the little things than the council was ten years ago.

When the city slips up, we’re going to be there to call them to task – but the city also deserves credit for passing a broad and forward-thinking commercial cannabis ordinance on Tuesday.

Sadly, the city only gets coverage when it does something that is perceived to be weird.

Here’s the thing – the straw ordinance was on the consent calendar and it stayed on consent.  It didn’t take up council time discussing it.

Bob Dunning was quick to jump the shark on this one.  Complete with bad puns like “new ban may be the last straw for city council,” his column at least spared us from the inevitable “grasping at straws” comment.

“I am not making this up,” he writes, as though this were the most ludicrous thought in the world.

And of course he points out the contradiction that the straw ban would not ban them on take-out orders or in stores.  He argues, “Apparently, straws in take-out orders do not contribute to waste. And neither do straws specifically requested by a restaurant customer.”

Like the sugary-beverage ordinance, the straw ban is not a ban at all, it is an opt-in rather than opt-out policy.  The city is looking into ways to reduce waste and the ordinance achieves that minimally by requiring those dine-in restaurant customers to request a straw rather than to be given one de facto.

If you think about it, the ordinance makes a lot of sense.  You don’t really need a straw if you are dinning in – you can simply drink from the cup.  On the other hand, for take-out, there is a huge utility from having a lid and a straw to prevent spillage.

This isn’t a ban at all – it is a way to make people think more consciously about whether they need an item that will be added to the landfill.

The thing about all of this is that Davis actually isn’t being that weird.  The people who are behind the times are actually those who are poking fun of this.

The San Diego Union-Tribune in March noted that many activists have turned to straws, now that plastic bags have been largely removed from stores.  According to that article, Americans use 500 million drinking straws every day.

“This isn’t a new idea. As early as 2011, a 9-year-old named Milo was urging everyone to go ‘straw-free’ by asking people to take a pledge to request strawless drinks when dining out,” the paper reports.  “But last year’s passage in California of Proposition 67 — the statewide ban on carry-out plastic bags — is seen as encouragement for supporters of the straw-free movement.”

There’s even a documentary, “Straws,” that’s out this year.

The next day, the Orange County Register reported that a “growing number of organizations — some in California, some around the world — are working to reduce or eliminate the number of plastic straws in our daily lives.”

The paper noted that “anti-straw activists aren’t all pushing for a total ban. They say a step that’s less strident — making straws available in restaurants and stores only upon request — could be easy on consumers and businesses, and have some impact in terms of reducing the plastics problem.”

Once again, oceans are a concern, and straws are “a key part of a growing plastics problem that is choking our oceans and contributing to global warming.”

“In my children’s lifetime the ocean is projected to have more pieces of plastic than fish. There are islands of plastic trash accumulating in the ocean as big as some states,” said Abby Reyes, the sustainability initiative director for UC Irvine.

“We may think that my one straw… doesn’t make a difference. But accumulated together with everyone else’s straws, it does. The plastic we’re seeing in the ocean is like an archeological find.”

People like Mr. Dunning are mocking the notion that straws are an environmental hazard: “There are also folks out there who claim ‘Straws Kill Whales,’ so the next time you’re picnicking on Putah Creek, pack up your straws and bring them home to use on the kids’ next second-grade art project.”

At the same time, they mis-characterize the ordinance as a ban.

But we have learned from history is that it took 100 local cities and counties in California to pass plastic bag ordinances before the legislature passed a statewide ban that was supported eventually, though narrowly, by the voters.

Environmental movements take a critical mass and Davis is, for once, more out in front on this than most other communities.

21 thoughts on “Commentary: This Is No Straw Man Argument, but the Media Coverage Is Bad”