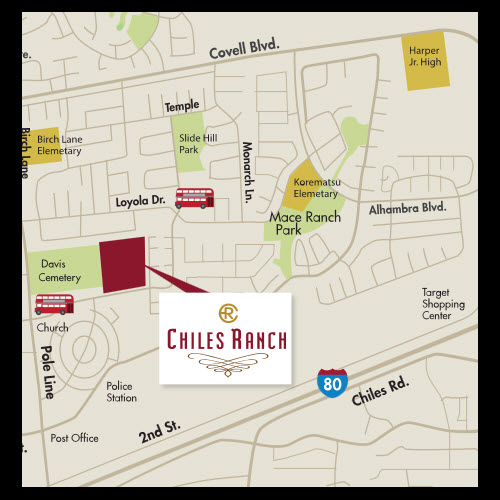 The council ultimately compromised with the applicant on Chiles Ranch, which enabled the developer to reduce the overall number of units and eliminate the condos but put more of the affordable units on-site.

The Chiles Ranch development agreement was originally signed back in 2009, utilizing the previous Affordable Housing Ordinance.  The proposed changes reflected the current ordinance with the two sides “arriving at a midpoint” on the total affordable units, splitting the difference between what the former and current required.

City Planner Ashley Feeney explained that we recognized “the condo product is stale.”  He said that “(condominiums are) probably not the best housing choice for affordable units.”  He explained, “There is an adversity to building condos is the feedback we’re getting from the development community, especially for affordables.”

The previous proposal congregated all of the condos into one area of the project, while the new proposal will integrate them throughout and the developer, Don Fouts, pledged that the proposed duets would not be noticeably affordable and would look like the other homes in the project.

The city in particular was interested in the in-lieu fee dollars to fund some other affordable projects.  Mayor Robb Davis in his remarks noted that RDA money once funded $2 million or more annually for the city.  That stream is gone and not coming back.  The city and council are having to get creative on financing options for affordable housing in the new climate and, thus, in-lieu fees are valuable to the city.

However, this proposal drew a fair amount of public and council pushback.  Nine members of the public came forward to speak – all opposing the proposed changes.  Assistant City Manager Kelly Stachowicz reported that, on Monday evening, the Social Services Commission met to discuss the proposal and unanimously voted to oppose it and support the current design.

Three councilmembers also made it clear that the proposal submitted by the developer was not acceptable.

Mayor Pro Tem Brett Lee stated plainly, “I only will support the changes provided that all of the affordable units are on-site.”  He later added, “Ideally we wouldn’t have any in-lieu fees, that all the required affordable housing units would be required on-site.”

While Lucas Frerichs didn’t go that far, he did state that “six units on-site is not enough.”  He was overall supportive of integrating the affordable housing into the rest of the project and increasing the number of Accessory Dwelling Units.

“I do think that the building on those units is definitely the preferred route as opposed to just a very large amount of in-lieu fees,” he stated.

Councilmember Frerichs also noted with some irony that some of the people who came forward to argue for affordable housing that evening were the same people who were opposing Sterling, which had a set-aside affordable apartment component.

Councilmember Will Arnold, on the other hand, stated, “I do want to see some amount of in-lieu fees.  That would be my preference.”

He added, “Although – and I’m sure the applicant will not like my next sentence – although that doesn’t necessarily mean I don’t want to see some numbers that’s a double digit numbers of units that are built on-site as well.”

Councilmember Arnold added that he was very interested in getting the total number of affordable units closer to the 22 number they originally had, which he believed was in the spirit of the 2009 agreement.

Mayor Robb Davis said, “I think we as a council have asked for help in sort of intellectually moving us beyond RDA.  I don’t think as a community we have.

“I almost feel like we need to try to wipe our minds clean and start over,” he said.  He noted that RDA was bringing in $2 million each year.  “That money’s gone forever.”  He said, what we can do now “is much much less.

“If you see us struggling and making space for in-lieu and trying to balance it, it’s because we are trying to figure out the best way to move forward,” he said.

He said that whether they agree with staff or not, “it’s the creative thinking process that I appreciate.

“I object a little bit to the idea that somehow an in-lieu fee is a giveaway, we have real needs for that money,” he said.

“The question I kept asking myself all weekend and up until today is ‘what is the best thing for our community with this project?’  Is there a single best thing?”  he said.

“I’m very much of the mind that we need more… on-site than is being proposed,” he said.  “I say that as someone who is not a big fan of for-sale affordable at this point in history.  I’m much more of the mind that to truly meet the housing needs of people who we often talk about, who work in our community and can’t live here, that rental products are probably much more adapted to their needs.”

The mayor stated, “We’re not getting enough of those and when we do get them they seem to be very much student oriented.

“We’re going to have to figure out where we’re going to get the resources for some of these other projects,” Mayor Davis added.

The council paused briefly to allow the developer to mull over what might be workable, given the council preferences.  Don Fouts told the council that they need to bounce around the number 20 units rather than 22, given the reduced project size.

He expressed disappointment, but ultimately agreed to 12 on-site with the in-lieu fee of $720,000 to provide eight affordables elsewhere in town.

Council literally jumped on this offer and eventually passed it 5-0.