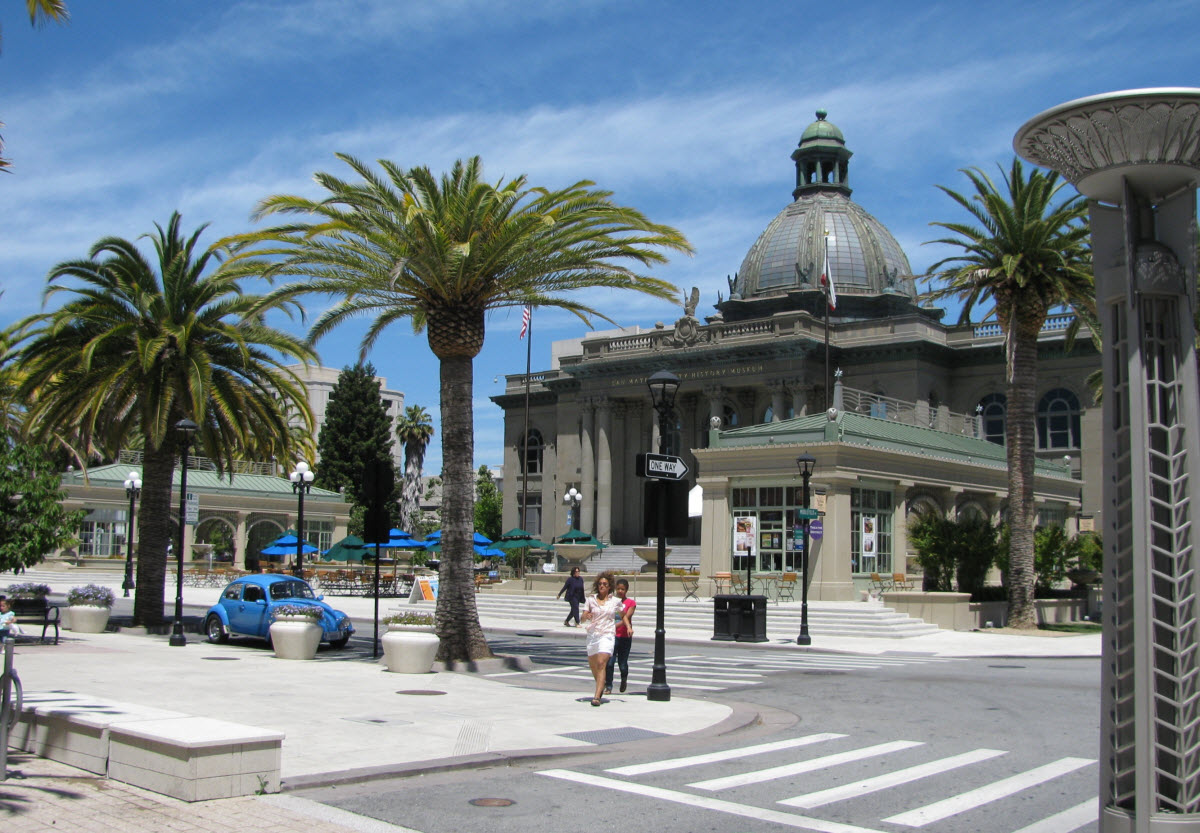 Everyone wants a sustainable, vibrant downtown Davis with retailing, entertainment venues, housing, street life and jobs. And no doubt during the revision of the Downtown part of the General Plan we are doing in the next year, we will envision one.  But how do we attract private money to actually build it … and build it in a way that is sensitive to existing neighborhoods and business and avoids parking gridlock?

The next Speaker in the Davis Futures Forum will describe the bricks-and-mortar realization of  the community’s vision for Downtown Redwood City – and how it dramatically improved the quality of life and the economic health of that community.

Dan Zack – a nationally-recognized planner who served for over a decade as the Downtown Development Coordinator for Redwood City – will share his experiences on Thursday May 25, 2017,  from 7 to 8:30 pm in the City Council Chambers.

Over the past decade, Redwood City has transitioned from a city ridiculed as “Deadwood City” to a vital, economically healthy place to live, work and play.  Happily, in light of the loss of redevelopment money, it was primarily  private investment that made it happen.  Developers and builders were attracted to the city by a new zoning code that made it clear to developers what was wanted and provided a quick approval process for those who complied.

Called a form-based code, this tool has been successfully used by communities throughout the country and is now being considered by the City of Davis for the pending Core Area Specific Plan and the General Plan update.

The first step in creating a form-based code requires that residents develop a consensus around a common vision. Redwood City devoted a significant amount of time working with residents to develop such a vision – briefly, an attractive, walkable downtown with a lively mix of old and new residential and commercial buildings, restaurants, entertainment venues, and a central community gathering space.

Much like many other cities in California, the entitlement process in Redwood City was expensive and time-consuming.  However, once what the city residents wanted was clear, a concise set of codes could be developed that would achieve the desired results via a simplified approval process.  According to Zack, the Redwood City zoning code is “a tough code, but the developers would much rather have that certainty. Once a couple of projects went through and the code lived up to its promise, the flood gates opened up.”

Zack’s work has earned awards for both superior planning and parking, and he has been a featured speaker at conferences throughout the US and Canada. He follows a basic model,  “Invest in public spaces and amenities, reform development regulations, and quickly approve the projects that follow the new vision.” Zack recently returned to his hometown, Fresno, to apply his experience and planning skills to the revitalization of the City’s downtown.

The May 25 event is part of the Davis Futures Forum series, a university-city-community collaboration that has brought nationally known urban planners to Davis.  It is the fifth in the series that has so far included Joe Minicozzi, Chuck Mahron, Daniel Parolek and Robert Liberty.

Zack’s  Thursday May 25 talk will be popular.  While walk-in seating is available, to assure a seat RSVP at DFF-VisiontoBricks.Eventbrite.com

Those who want more information on Dan’s idea can also go to his highly illustrated blog www.PlannerDan.com.  This article might be of particular interest:  http://www.plannerdan.com/2015/05/urban-retail-towards-balanced-approach.html

One thought on “From Deadwood to Redwood City: Speaker on Revitalizing Downtown Davis”