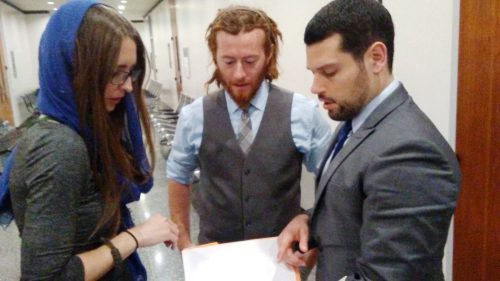 Special to The Vanguard

Completely unexpectedly, about midday Thursday – after a day and a half of deliberation – the jury in the Mayor Kevin Johnson Pie Thrower case called the judge and reported that it was “hung” and could not make a unanimous decision on either of two charges, a felony and misdemeanor, facing alleged pie tosser Sean Thompson.

At 1:30 p.m. Thursday the jurors entered the courtroom and confirmed their deadlock, only saying that they had votes of 9-3 and 7-5 on the two charges most recently, not stating which way those votes went – guilty or not guilty.

The court sent them back to deliberate, but only after the jury requested clarification on questions involving what “official duties” the mayor has – the defense argued that Thompson could only be guilty of assaulting the mayor when he was involved in “official duties,” because attending a private charter school fundraiser, where he was pied, was not official duties.

Other jury questions involved definitions of “harmful,” key to a guilty charge – another point the defense emphasized during lengthy closing arguments, noting that the former Sacramento mayor was not harmed, other than maybe his ego, when hit in the face with a coconut cream pie.

A special hearing will be held Friday morning to decide on answers to those juror questions after which the jury will enter its third day of deliberations – with a few hiccups along the way, in a case that Sacramento County DA Anthony Ortiz promised was “simple.” 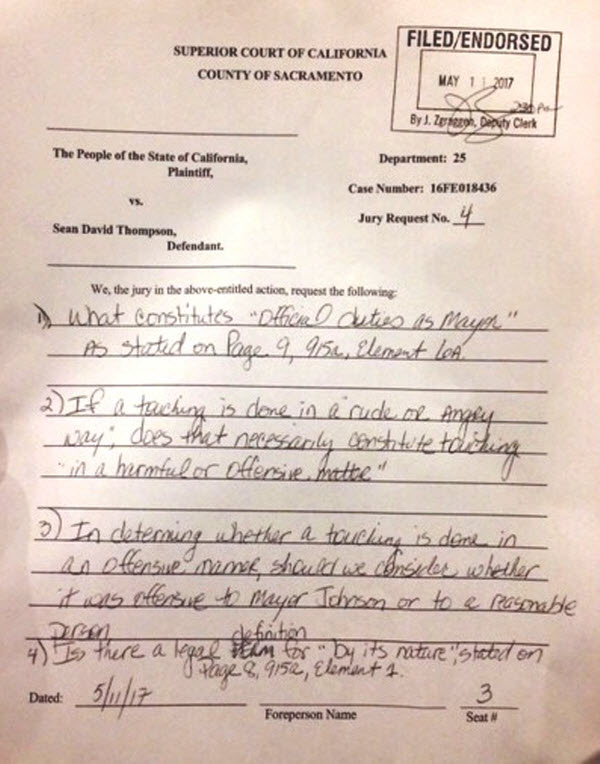