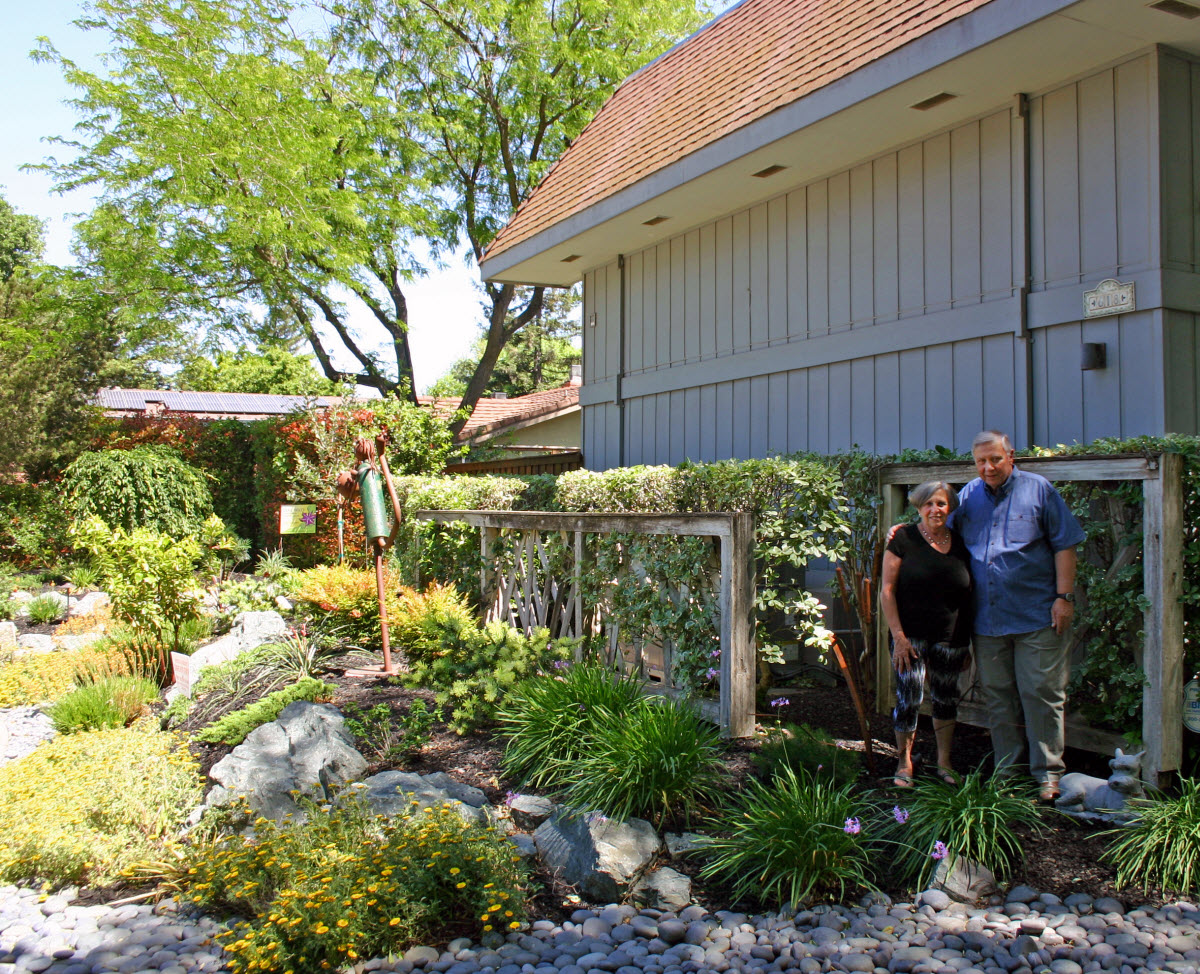 (From Press Release) – Bob and Wendy Chason love their Davis home. Retired from his job as UC Davis Med Center CEO, and hers as Davis school librarian, they’ve hosted many events and family gatherings in the last 21 years.

But at ages 74 and 71, respectively, the 3,100-square-foot house is more than they need. And though they consider themselves “overly active seniors,” the house’s multiple levels, narrow doorways and expansive yard could prove problematic some day.

“It’s not an easy place for older people to get around,” Bob said.

However, there are few options if they want to downsize to a smaller, single-story, ADA-accessible house – and stay in Davis. That’s why Bob is volunteering his time and expertise to support a proposed senior housing development, the West Davis Active Adult Community.

At Shasta Drive and West Covell Boulevard, the West Davis Active Adult Community is designed to attract current Davis residents. It features 325 small to medium single-story homes, and affordable senior apartments. About 80 percent of the homes would be restricted to residents 55 and older. Since the project is on the city’s periphery, it would go before Davis voters, likely in spring 2018, if approved by the Davis City Council.

“I’ve had a longstanding interest in the whole topic of ‘aging in place’,” he said. “I know so many people in Davis who would like to move –  but move only once. And a lot of them are university staff and faculty.”

Chason led the Office of Student Affairs on campus before taking leadership roles at the UC Davis Medical Center, first as chief operating officer and then chief executive officer. Before retiring in 2006, he oversaw the introduction of telemedicine, electronic health records, expanded facilities, and the creation of the UC Davis Cancer Care Network.

The Chasons have lived in Davis since 1979 and raised two children here. They would love to see WDAAC come to fruition. They’re helping developer Dave Taormino incorporate amenities that would help them live and stay there.

Other UC Davis experts providing insight include Michael Siminovitch, director of the California Lighting Technology Center; and Tom Nesbitt, who is interim Vice Chancellor for Human Health Sciences, and a professor of Family and Community Medicine.

“What we’re really interested in doing is working with the newest and latest technology,” Chason said, “and making these as state of the art in regard to health as possible.”

They’ve reached out to the UC Davis Center for Healthy Aging, and would love to make WDAAC a demonstration project, showcasing UCD advancements and new products that use technology to help people who are aging.

Examples of technology they’re exploring include:

Home plans incorporate wide doorways and showers, and accessibility for wheelchairs and walkers.

WDAAC would be close to Sutter Davis Hospital, which has an emergency room, Dignity Health and UC Davis medical offices. “We want them all to be involved,” Chason said. He also plans to make connections with Kaiser Permanente, which is across town.

The project is across from University Retirement Community, and includes plans for an expansion site for URC or a similar medical facility. Other project amenities include a public health and wellness center, pool, 2.6 miles of walking paths, an ag buffer, and restaurant with outside seating.

“A lot of people would like to continue their association with the university, so this is a way to make sure this happens,” Chason said. “We’re also hoping to work out systems of transportation to attend university events at Mondavi or athletic events, without having to drive.”

About 5,000 homes – 25 percent of those in Davis – are owned by residents age 50 or order. By making room for them to stay in town, it would free up larger homes for growing young families. This could counter the dropping birthrate in the Davis Joint Unified School District, which was forced to open spots for some 650 transfer students from outside the area this school year.

Plans for the 74-acre site call for 505 housing units. Of those, 284 would be single-family detached homes, 41 would be single-family attached homes, and 150 would be affordable senior apartments. Another 30 are anticipated for University Retirement Community expansion or a similar use. Single-story homes include: 1,400- to 1,800-square-foot houses along the greenway; 1,100- to 1,350-square-foot bungalows; 900- to 1,200-square-foot cottages; plus, small builder lots to accommodate custom or special needs. Estimated sale prices for the pre-planned single-family homes range from the mid-$300,000s to $700,000, and could be available in 2020.

The mission of the West Davis Active Adult Community is “to elevate ‘age in place’ to ‘thrive in place,’ with a thoughtful neighborhood design, blending the inclusiveness of Davis with principles that enhance older adult lifestyle.” Visit its website at http://westdavisactive.com/.