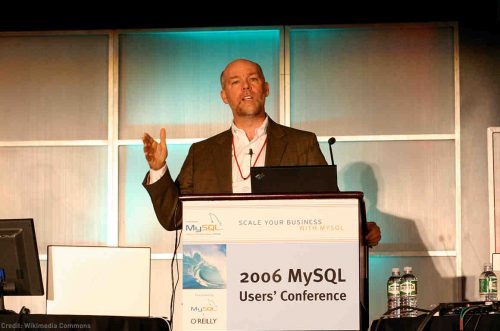 By Caitlin Borgmann and Brian Hauss

Republican Sen. Ben Sasse of Nebraska had it right: “If the First Amendment means anything, it means you can’t body-slam a journalist.”

Sadly, that lesson seems to be lost on some of Sen. Sasse’s colleagues. On Wednesday, Greg Gianforte was charged with assaulting a Guardian reporter while campaigning for Montana’s seat in the U.S. House of Representatives. Yesterday, he won that seat, and he’ll now also be charged with defending the Constitution and its promise of ensuring a free and vibrant press.

The reporter, Ben Jacobs, approached Gianforte at a campaign rally in Bozeman with a question about the Congressional Budget Office’s assessment of the American Health Care Act. Gianforte, who has been dogged by questions about his stance on the bill throughout his campaign, apparently responded with violence. According to Jacobs himself, and confirmed by Fox news reporters who witnessed the event, Gianforte put his hands around Jacobs’ throat, threw him to the ground, and repeatedly punched him, all the while yelling, “Get the hell out of here!” Jacobs’ audio recording of the event is chilling.

This was not an isolated incident. Throughout Gianforte’s campaign, he has been hostile toward the media. The Helena Independent Record wrote in an editorial piece yesterday that Gianforte “has encouraged his supporters to boycott certain newspapers, singled out a reporter in a room to point out that he was outnumbered, and even made a joke out of the notion of choking a news writer.” Newspapers that endorsed Gianforte despite this record of hostility — including the Independent Record, the Missoulian, and the Billings Gazette — all rescinded their endorsements after the attack.

Recently, American officials have indulged an extremely disturbing predilection for intimidating members of the press. To take just a few examples: Earlier this month, a reporter in West Virginia was arrested for asking questions about the AHCA to two senior government officials in the state capitol. An Alaska state senator reportedly slapped a journalist over a story he didn’t like. Last week, Federal Communications Commission security personnel pinned a reporter to the wall, and then they proceeded to stalk him out of the building for trying to ask a commissioner a question after a public hearing. Former House Member Michael Grimm was filmed threatening to throw a reporter off a balcony and “break [him] in half.” And journalists covering the protests of President Trump’s inauguration were arrested and charged with felony rioting.

Unfortunately, our president has not been helpful in modeling respect for an independent media. President Trump, who famously called the press “the enemy of the people,” has a well-known penchant for calling out reporters in the midst of hostile rallies. Trump’s aide, Corey Lewandowski, was recorded grabbing and yanking a reporter at a press conference — disproving Trump’s suggestion that she fabricated the incident.

We must hold our elected officials to a higher standard. When members of Congress take office, they swear an oath to “support and defend the Constitution of the United States,” to “bear true faith and allegiance to the same,” and to “faithfully discharge the duties” of their office. Those are not empty words, but a promise to uphold the ideals on which this country was founded. Freedom of the press, which is expressly protected by the First Amendment, is one of those ideals. The press has historically served as an unofficial “check” in our system of checks and balances — think Watergate, the Pentagon Papers, warrantless wiretaps, and, of course, Trump — holding those in power accountable for their actions. An attack on the press is an attack on our constitutional democracy.

If we’re going to entrust public officials with our rights and freedoms, they need to prove that they will uphold their oath. That means not only respecting but defending a free press. If politicians can’t live up to their word, we’ll need to hold them accountable. Thankfully, we still have many superb journalists who are up to the task.

Caitlin Borgmann is the Executive Director of ACLU of Montana and Brian Hauss is Staff Attorney with the ACLU Speech, Privacy, and Technology Project.

Share:
Tags:ACLUFreedom of SpeechFreedom of the Press
Previous : California Bail Reform Legislation Gains Momentum
Next : My View: Is There a Current Project in MRIC?