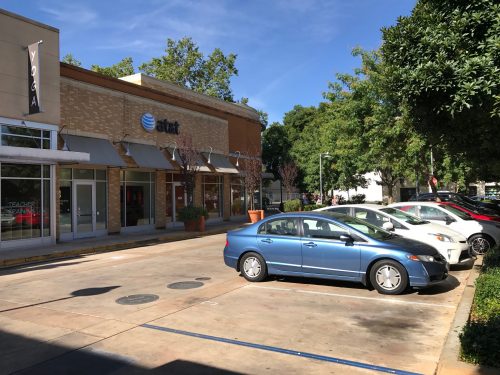 When I first sat down and met with Cecilia Aguiar-Curry, she was the mayor of Winters and had first announced her run for the Assembly in 2015.  One of her key focuses was going to be on the “dismal internet connectivity” for rural communities.

Most of the big internet providers, like AT&T and Verizon – “they are interested in providing broadband infrastructure only in the bigger cities.” Coming to rural communities is low on their priority scales.

On Sunday at the Davis Democratic Party’s Champagne Brunch she mentioned how disadvantaged students in rural areas were having to find and huddle at internet hotspots in order to do research on the net.

So it was a big win when she was able to strike a $330 million dollar deal “to expand broadband access and digital literacy to communities deprived of a reliable internet connection.”

“People don’t start businesses in areas where they can’t even send an email,” said Assemblymember Aguiar-Curry. “When I was the Mayor of Winters, I watched families get their first email address. I saw farmworkers finally have a platform to talk to their kids’ teachers despite their work hours. I know first-hand how internet access can transform a community. AB 1665 will transform communities across California.”

I bring this up because Ms. Aguiar-Curry identified a problem and within her first six months in office was able to find a solution for that problem.

There is another problem that Davis and other communities in her district are facing, and that is the loss of RDA (Redevelopment Agency) money.

The loss of RDA funding is devastating to local communities.  It means no resources for redevelopment, it means less money for affordable housing, and it means little money for transportation and parking improvements.

Mayor Robb Davis in his remarks noted that RDA money once funded $2 million or more annually for the city.  That stream is gone and not coming back.  The city and council are having to get creative on financing options for affordable housing in the new climate and, thus, in-lieu fees are valuable to the city.

That was the elephant in the room.

RDA money or the lack thereof is also part of the discussion on the Richards Blvd./I-80 freeway interchange project.  Originally, the city planned to use RDA money to help fund a corridor project.  When that went away, it was going to be the Nishi-Gateway project developers who were going to fund $10 million of the needed money for the upgrades.

With Measure A going down to defeat last year, now the city is hoping to rely on SACOG (Sacramento Area Council of Governments) grant money to fund the improvements.

Public Works Director Bob Clarke explained to the Vanguard in an email, “SACOG staff have indicated our project would likely be more competitive in next years’ grant cycle if we show our commitment by investing local funds towards environmental clearance/final design and can show that it is ready to go to construction as soon as possible after grant funds are awarded.”

The bottom line, as Bob Clarke put it, is that “the I-80/Richards interchange is the main public entrance to the City and its current design is outdated and no longer functions well to transition travelers from the freeway onto our local streets, nor is the Richards corridor ideally designed for the safe travel of peds, cyclists, transit riders, or motorists based on current complete streets principles.”

He said, “For these reasons, and if the City funds all the environmental and design work locally, it would be a very competitive project for grant funding in the next cycle.  That does not guarantee it will be successful, just that we will have positioned the project as favorably as possible for funding.”

This is a public safety issue that for years has not gotten funded.  This would be an easy project to fund with RDA money – although there remains pushback from citizens concerned about the development impacts of the project.  But now funding is extremely dicey.

Finally there was the parking discussion on Tuesday night.  Recall that when RDA money was about to go away, the city had considered funding a project on the block sandwiched between E and F and 3rd and 4th.  But there was disagreement on the location and scope, and with the dissolution of the RDA, funding another parking structure has proved to be beyond our ability.

On Tuesday, the council heard an item that would increase parking in-lieu fees.  Currently, the city has a fund balance of $619 thousand in the fund and has not spent money out of that fund since 2008-09.

Consultants told the city council that Davis could more than double in-lieu parking fees from $4000 to $8700 and still be among the lowest fees in the state.

The problem is, there is not going to be enough development and redevelopment to fund the kind of parking structure that the city needs.

The bottom line is that the decision by Governor Brown to end RDA has crippled the ability for local government to fund major capital projects and redevelopment, and densify core urban centers.

Assemblymember Aguiar-Curry responded to a specific need to provide broadband to rural areas, and we are hoping that she and others in the legislature will re-examine the need for RDA to help communities like Davis address their needs.

14 thoughts on “Commentary: What Davis Really Needs Is a New RDA”