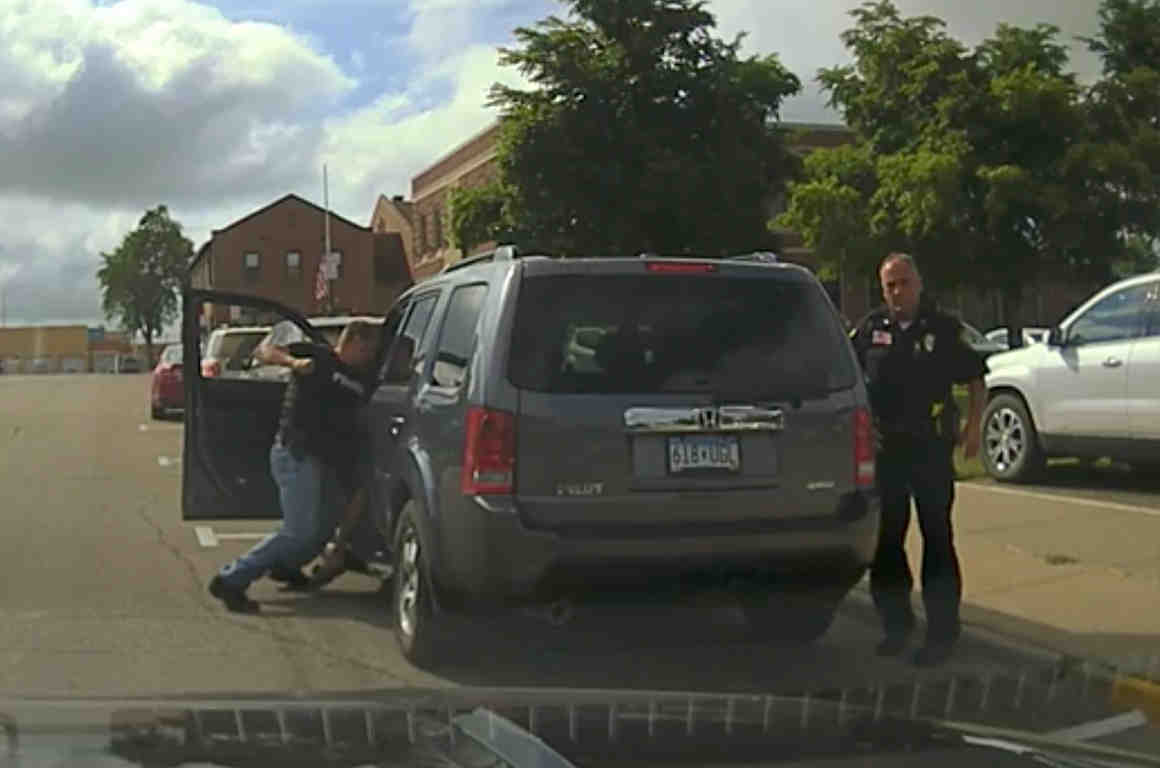 In a heartbeat, Anthony Promvongsa’s sunny summer day in Worthington, Minnesota, turned from ordinary to a nightmare.

Shortly after encountering an agitated motorist driving in front of him on July 28, 2016, Anthony found himself confronted by the police. Within seconds of exiting his vehicle after pulling Anthony over, Agent Joe Joswiak of the Buffalo Ridge Drug Task Force opened the door of Anthony’s car, screaming, “Get the fuck out of the car, motherfucker!”

Without hesitation, Agent Joswiak pulled, punched, and elbowed Anthony several times in the back while Anthony was still restrained by his seat belt. Agent Joswiak then yanked Anthony out of the car, threw him to the ground, and pressed his knee to the back of Anthony’s neck to pin Anthony facedown on the pavement while he and Sgt. Tim Gaul of the Worthington Police Department applied handcuffs.

It turns out the agitated motorist Anthony encountered before being assaulted by Agent Joswiak was an off-duty police officer who called Joswiak to go after Anthony for tailgating him. The officer reports regarding the incident make no mention of any suspicion that Anthony was committing a drug offense.

The police have charged Anthony with various offenses, the most serious being fleeing in a motor vehicle and two counts of assault with a deadly weapon — his car. But let’s make this very clear. No matter what happened before the dashcam video began rolling, Anthony did not deserve to be abused by the police in this way. Agent Joswiak claims Anthony refused his order to leave his car, but the video contradicts this assertion.

Instead it shows a textbook case of excessive force.

This type of brutality by officers is not only unconstitutional — it’s terrifying for the individual being assaulted and for the community as a whole. People should not fear that they could be

attacked by the police for no reason or while being detained for investigative purposes. Fear of police violence causes a decrease in people reporting crimes and erodes trust between communities and the police. Communities of color already have a tenuous relationship with police, and unacceptable behavior like this makes it harder for it ever to change.

The Worthington Police Department, which employs Sgt. Gaul and appointed Agent Joswiak to the Buffalo Ridge Drug Task Force, needs to immediately investigate the incident, take all appropriate personnel actions, and ensure this never happens again.  The ACLU has called for an investigation into Agent Joswiak’s behavior. Agent Joswiak should be held accountable for his actions, up to and including termination and prosecution.

Based on additional complaints that we are receiving, this does not appear to be an isolated incident. Rather there’s evidence that racial profiling and police brutality are systemic problems that span the Worthington Police Department, Nobles County Sheriff’s Office, and the Buffalo Ridge Drug Task Force as Worthington becomes a much more diverse city.

The ACLU is talking with Anthony Promvongsa and his criminal counsel, and we are considering all legal options. No person in Worthington, Minnesota, should have to fear that the people who swear an oath to protect and serve the community are acting like criminals themselves. The video we have of Agent Joswiak and Sgt. Gaul seems to reveal at least two police officers who believe that they are above the law, not bound by it.

Jana Kooren is with ACLU Minnesota