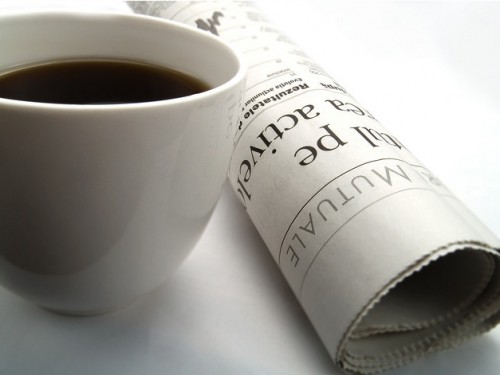 For democracy to work well we must have a free press, which is why it’s enshrined in the First Amendment. But with that freedom comes responsibility. Too often in our country’s history, yellow journalism has destroyed people’s reputations in order to sell newspapers. As a result, libel laws were enacted to protect malicious slander of innocent parties.

So it’s troubling to see the Davis Vanguard maligning the character of a public safety official in order to make money. The Vanguard is currently promoting a “premium article” and a “biting commentary” on a Yolo County Deputy District Attorney that smears him as a “most problematic Yolo DA.”  If you want to attack someone in this way then attack elected District Attorney Jeff Reisig. Every employee in the office of the District Attorney works for him.

But there’s a catch. The Vanguard tells its readers “you can only read it if you’re a premium subscriber. But if you subscribe today we’ll send it to you as a bonus.”

I don’t know the county employee used as bait to attract attention and profit, and I have no idea what he’s supposedly done that makes him in the Vanguard’s opinion “problematic” and worthy of “biting commentary.” But what I do know is that it stinks that his reputation is being tarnished so that Vanguard can gain subscribers.

I believe this violates the Society of Professional Journalists’ Code of Ethics.

“The highest and primary obligation of ethical journalism is to serve the public,” the SPJ states. “Society of Professional Journalists believe[s] that public enlightenment is the forerunner of justice and the foundation of democracy. Ethical journalism strives to ensure the free exchange of information that is accurate, fair and thorough. An ethical journalist acts with integrity.”

The Society declares four principles as the foundation of ethical journalism: seek truth and report it, minimize harm, act independently, and be accountable and transparent. Under accountability and transparency it advises that “journalists should avoid conflicts of interest, real or perceived.” They should also “distinguish news from advertising and shun hybrids that blur the lines between the two.”

The Vanguard has a conflict of interest, both real and perceived, in reporting on the Yolo County District Attorney’s Office when it writes hit pieces on a prosecutor in an attempt to increase circulation. If the Vanguard agrees with the SPJ that “public enlightenment is the forerunner of justice,” it would provide this coverage of the District Attorney in the same manner it provides all of its other content.

But for some reason, these hit pieces are apparently so tantalizing that the Vanguard believes they can be used to squeeze $10 a month out of its readers. No longer is news being distinguished from advertising. Instead we have a hybrid that blurs the lines between the two. The Vanguard is advertising a product: “We’ll trash this deputy district attorney in the hope that you’ll give us money.”

Yes, journalism is a business and must make money to survive. But to dangle this public servant’s reputation for profit, damages not only him and his family but also the Vanguard’s credibility as an independent, objective source of news and opinion. You owe it to your readers to provide a free exchange of information that is accurate, fair and thorough. And you owe an apology to the employee and the Yolo County District Attorney’s Office.

By the way, Vanguard readers who want to find out about the Yolo County employee mentioned for free can visit the Yolo County DA website. There they can learn that last year he was honored as Prosecutor of the Year. He’s one of eight staff members who “do not simply do their jobs well, they take the initiative to fill office and community needs and in leading by example. Their colleagues, and even their supervisors, look to them for advice and revere them for their passion and problem-solving skills.”

But I guess teasing information like that wouldn’t gain the Vanguard many $120 annual subscribers.

Share:
Tags:Matt Rexroad
Previous : Witnesses Testify in Corporal Injury Trial
Next : Response to Rexroad on the Conduct of a Deputy District Attorney